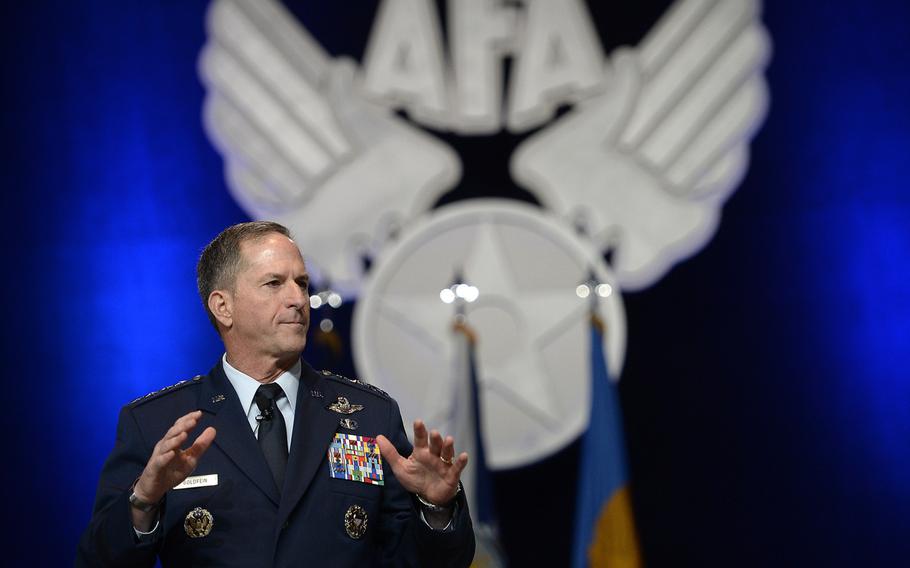 Air Force Chief of Staff Gen. David Goldfein is looking to rewrite the officer evaluation system with the help of Col. “Ned Stark.”

Stark, an Air Force officer who wrote under a “Game of Thrones” pseudonym to avoid reprisal, published three articles in Air Force Times and War on the Rocks criticizing Air Force leadership and the officer promotion system for lieutenant colonel and above.

Now, in a response published in War on the Rocks on Tuesday, Goldfein has offered Stark a job.

“If you are up for it, I have a place for you to help Secretary Heather Wilson and me with a complete re-examination of our officer promotion system to ensure we are selecting the very best in our ranks for promotion and key responsibilities,” Goldfein said.

Goldfein said he had read all three articles and assured Stark that he was safe.

In “A call for senior officer reform in the Air Force: An insider’s perspective,” Stark wrote in depth about how captains — many of whom have been in the Air Force for about four years — are already being evaluated for their potential as generals.

“The results of these evaluations are all but cemented by the time those captains promote to major (O-4),” Stark wrote in May.

This means officers’ early successes can put them on a track for faster “below-the-zone” promotion status.

Once an officer is considered “high potential,” absent criminal misconduct or risk taking, there isn’t much an officer can do wrong, Stark said. This makes senior leaders risk-averse, which stifles innovation, he said.

Similar sentiments were echoed by airmen in a report prepared by Brig. Gen. Stephen Davis, titled “Improving Air Force Squadrons: Recommendations for Vitality,” which was sent to Goldfein in January.

“There is a perception among Airmen that not all of those selected for leadership positions should be in those positions, either because they lack necessary experience or because the system for selecting leaders focuses on the wrong criteria,” the report stated.

Stark went on to describe a situation where a general relieved a multiple below-the-zone wing commander and launched an investigation for alleged misconduct.

“Nevertheless, that same officer is now one of the top candidates for brigadier general,” Stark said.

He also criticized leadership for perpetuating the problem.

“If you are a senior officer and do not think there is an issue, I regret to inform you that you are a part of the problem,” he said.

Goldfein said he agreed with aspects of what Stark wrote and praised him for his passion for excellence.

“Ned, if you are willing, I’d like you to come join my team to help with the effort underway,” he said.

If not, the general is listening.