Going Hollywood: Drama teacher gets Yokosuka kids into the act 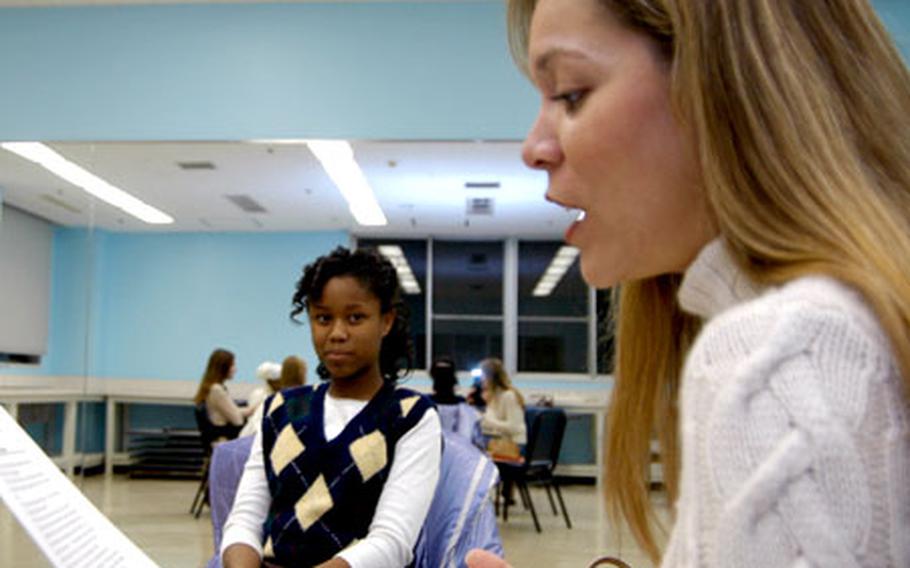 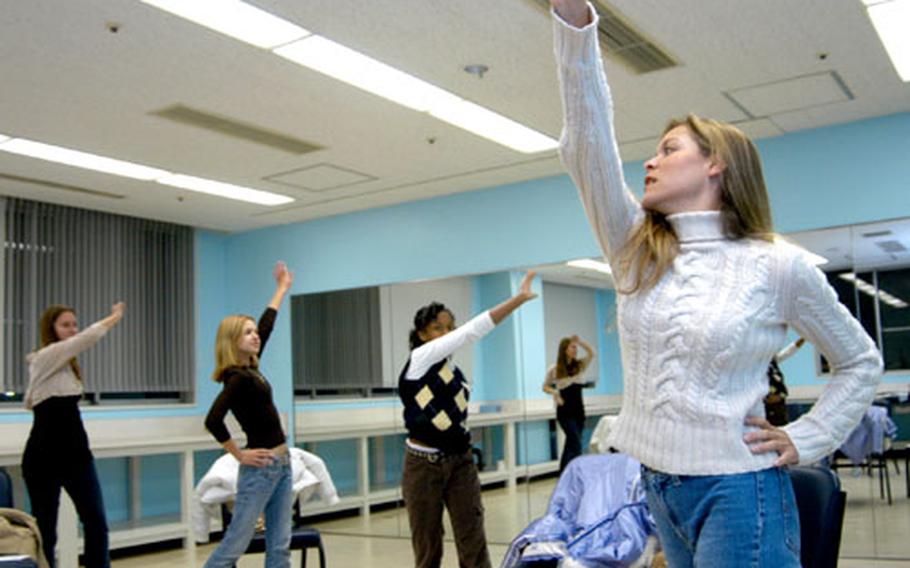 Estella Torres leads the class in some stretching exercises to loosen up the students for readings. (Allison Batdorff / S&S) 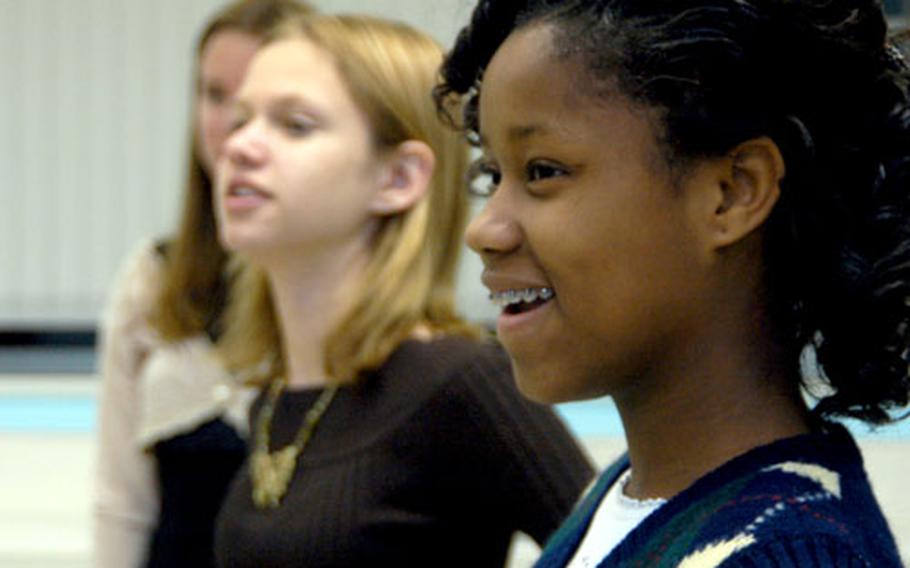 YOKOSUKA NAVAL BASE, Japan &#8212; Estella Torres was a child ham &#8212; the kind who charges people 25 cents to see her 5-year-old performances in the family garage.

She wasn&#8217;t the only kid on the block wanting center stage, she said.

So why not give kids at Yokosuka Naval Base a taste of the limelight?

The classes &#8212; taught by Torres at the base&#8217;s Community Center &#8212; targets children from first to 12th grade and is ushering them from pre-audition jitters through a polished performance this spring. Acting 101 (first- through sixth-graders) culminates in a play in June. That same month, the graduates of Acting 102 (for seventh grade and above) will perform an array of skits and monologues.

Already in the acting class, Darrena Tousaint, 17, has portrayed a homeless woman, an older sister, a security guard and had a baby.

Granted, Torres took her childhood dreams farther than most kids, landing big roles on Lifetime and The Discovery Channel. Her biggest role to date was a murderous dental assistant in the Lifetime Channel True Story: &#8220;The Deadly Dentist.&#8221;

But children don&#8217;t have to have Hollywood dreams to get something out of acting, Torres said.

&#8220;Acting engages the imagination and it helps with self-esteem,&#8221; she said. &#8220;Plus, you use talents that you don&#8217;t normally use in everyday life, like pretending the person next to you is your sister or something. Acting is being a part of something larger than yourself and seeing it through to the finish.&#8221;