Going back to the Air Force’s beginning 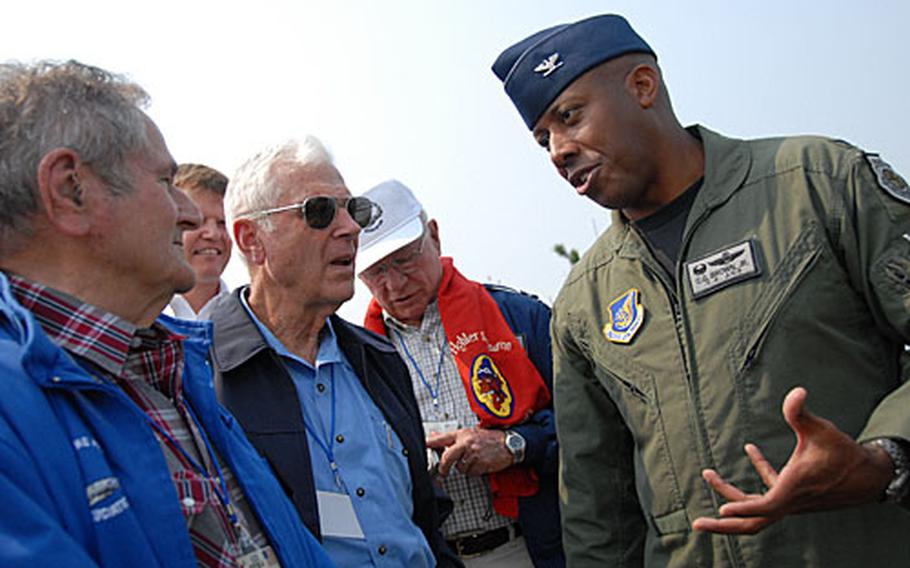 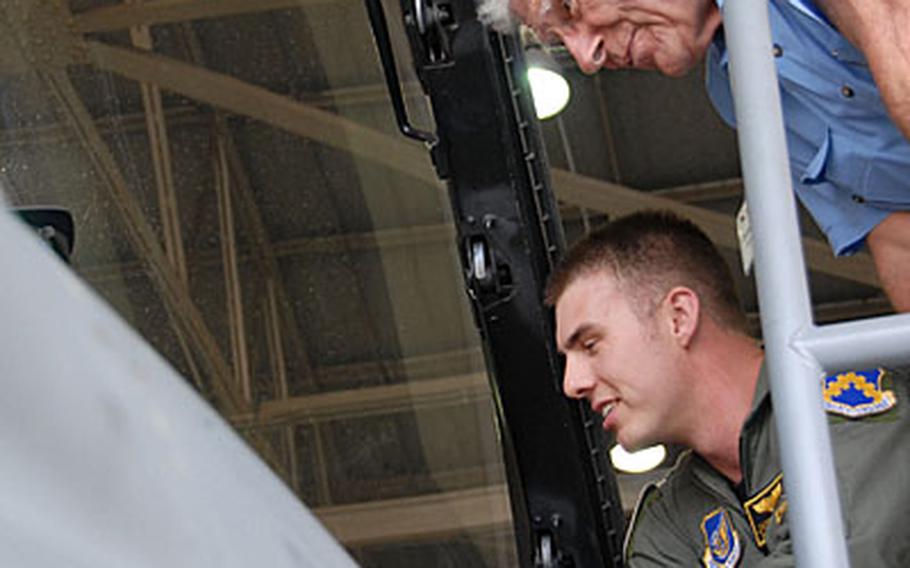 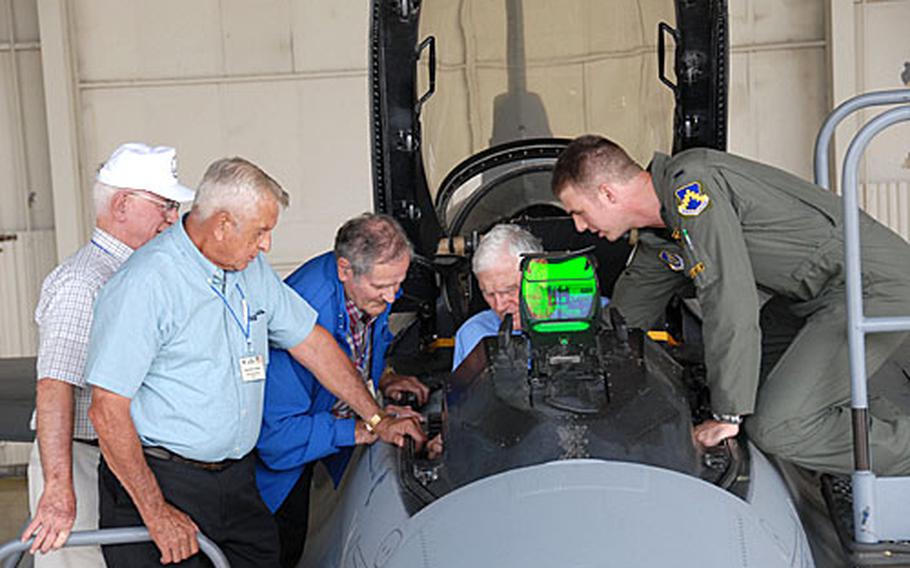 On a lonely, scrub-covered hilltop overlooking this remote seaside base, Charles Cleveland pumped his fist as an F-16 fighter jet roared into the air and over the Yellow Sea.

Cleveland was one of eight fighter pilots from the Korean War who visited South Korea this week to mark the 60th anniversary of the U.S. Air Force.

&#8220;I thought to myself, this poor country will have a hard time recovering,&#8221; said Cleveland, a retired lieutenant general, who was a first lieutenant during the Korean War. &#8220;It looks to me as if it&#8217;s almost skyrocketed. It gives me a feeling of great pride to have contributed to it.&#8221;

The pilots &#8212; several of whom were fighter aces, having shot down at least five enemy aircraft during the war &#8212; visited U.S. Forces Korea leaders at Yongsan Garrison, toured the Korean War Memorial Museum, and met South Korean defense ministry officials during the week. They split into groups on Tuesday and toured Kunsan and Osan air bases, where they looked at modern-day jets and weapons and spoke with pilots about their experiences.

Air Force 1st Lt. Sarah McDaniel sat beside former astronaut and fighter pilot Buzz Aldrin during a luncheon at Osan, where he answered questions about flying in the war and walking on the moon.

First Lt. Jason Curtis, 26, showed the veterans the cockpit of an F-16 and told them about his grandfather, a pilot who fought during World War II.

He said he envied the veterans for being able to fight everyday.

He said today&#8217;s airmen are better educated than in the past.

When Col. Wilbur &#8220;Pete&#8221; Carpenter left South Korea 55 years ago, the country was a pile of rubble. The 78-year-old returned on Sunday to a luxury hotel in bustling downtown Seoul and was shocked by the changes he saw in the country.

Kenneth Shealy, 78, lived in Suwon at a barracks with no latrines or showers during the war.

&#8220;We got off the airplane there, and you didn&#8217;t see anything except the native folks standing around the bonfire, trying to stay warm in November,&#8221; he said. Shealy saw how much Seoul had changed when he watched the Summer Olympics on television in 1988.