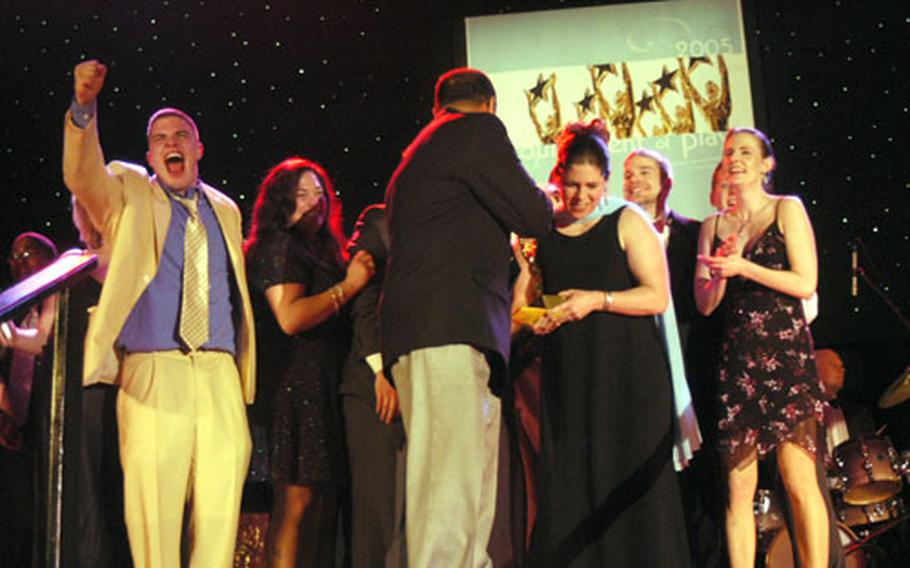 Members of the cast of Kaiserslautern’s “Godspell” celebrate onstage after winning the Topper for best musical Saturday at the 2005 Tournament of Plays in Heidelberg. (Ben Murray / S&S)

Members of the cast of Kaiserslautern’s “Godspell” celebrate onstage after winning the Topper for best musical Saturday at the 2005 Tournament of Plays in Heidelberg. (Ben Murray / S&S) 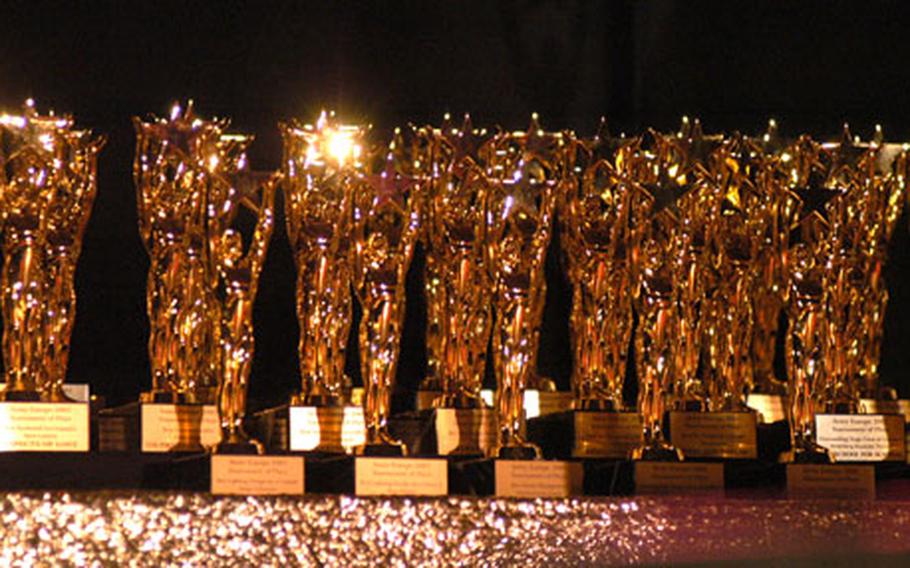 Rows of Topper awards line a table onstage, waiting to be claimed by the night&#39;s winners. (Ben Murray / S&S) 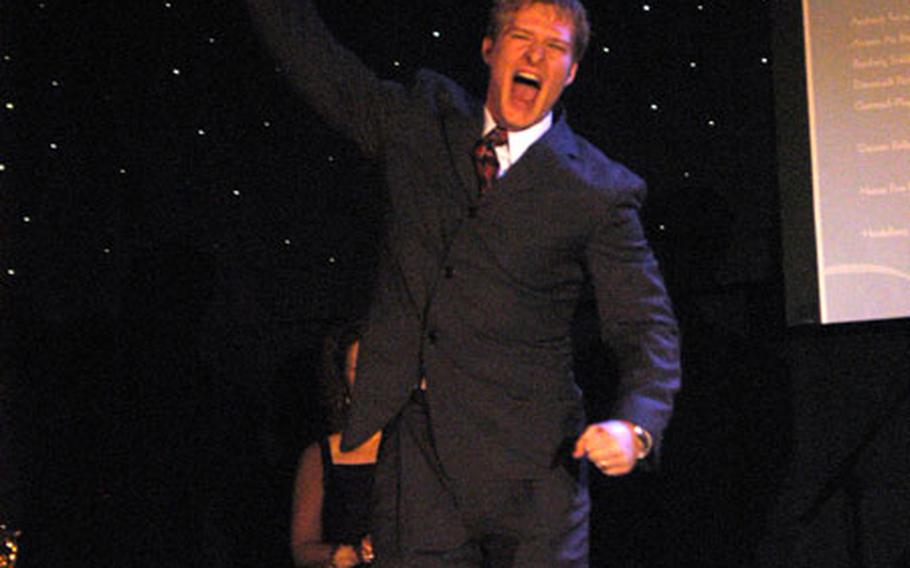 Chris Spears celebrates winning a Topper for best actor in a musical for his performance in Kaiserslautern&#39;s "Godspell." (Ben Murray / S&S)

HEIDELBERG, Germany &#8212; Dripping with glitz and draped in elegance, the military theater community&#8217;s night of glamour and pearls built audibly in tension and excitement Saturday as the countdown to the biggest awards at the 2005 Tournament of Plays drew near.

Cheers from supporters for each play rose to chandelier-shaking heights as the final few Toppers were handed out at the Village Pavilion Ballroom in Heidelberg, where hundreds of actors, singers and stage buffs of all types were on hand for the oh-so-Tony awards show.

The gala started off with the Toppers&#8217; stable of singers performing a long set of musical numbers from some of the night&#8217;s entered plays, before guest presenters began handing out the heavy golden statuettes.

Between continued musical numbers performed by the stars of each production, the evening moved into the performance awards, where the silences grew deeper during each, &#8220;And the winner is &#8230; &#8221; and the reactions louder for each name called.

Categories ranged from set direction and lighting to best poster and a pair of youth acting awards.

Ramsey&#8217;s female counterpart, Sara Hauserman from Hanau&#8217;s &#8220;The Pirates of Penzance,&#8221; said that even though she is a veteran of 17 plays at the age of 16, she was still shocked into a stupor by holding a Topper onstage and facing the audience.