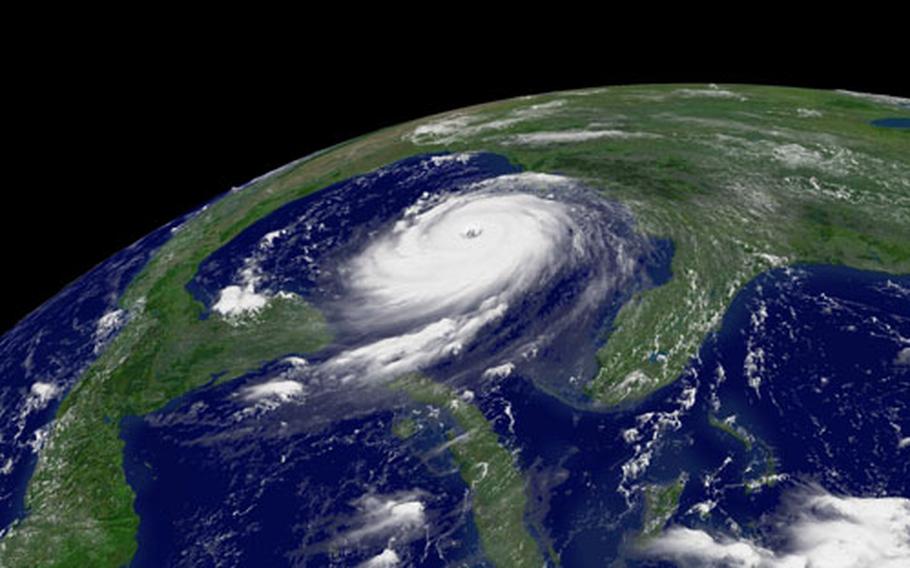 A satellite image of Hurricane Katrina bearing down on the Gulf Coast. The U.S. Army Engineer Research and Development Center’s International Research Office in London works with scientists in Europe to develop research to prevent such things as the flooding that ocurred during Hurricane Katrina. The center also helps develop researchers&#39; ideas for new U.S. military technology and equipment. (Courtesy of the U.S. Army Corps of Engineers)

A satellite image of Hurricane Katrina bearing down on the Gulf Coast. The U.S. Army Engineer Research and Development Center’s International Research Office in London works with scientists in Europe to develop research to prevent such things as the flooding that ocurred during Hurricane Katrina. The center also helps develop researchers&#39; ideas for new U.S. military technology and equipment. (Courtesy of the U.S. Army Corps of Engineers) 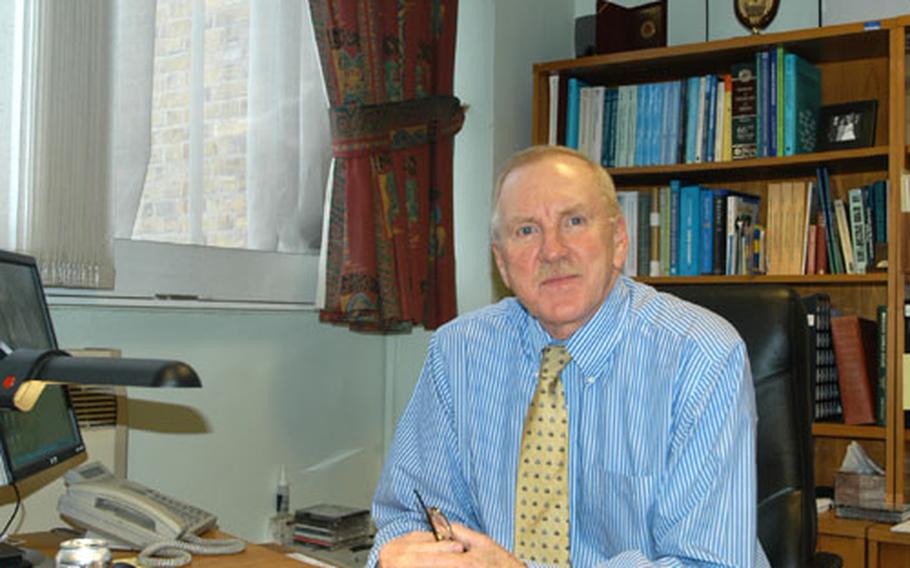 Robert Kennedy is the director of the Engineer Research and Development Center at America&#39;s Internanional Research Office in London. (Bryan Mitchell / S&S)

Or is a Hungarian computer programmer writing code that can improve the protection of Department of Defense computers and networks?

These are some of the questions that 75 Americans are asking as part of the U.S. military&#8217;s boundless search for the latest and greatest in technology and research.

Working out of a nondescript building in London&#8217;s posh Westminster district, the American researchers, scientists, academics and former military members work for a host of agencies that collaborate with European scientists.

&#8220;Our goal is to engage researchers in other countries who are doing the same kind of research we are doing in the States,&#8221; said Robert Kennedy, who serves as the director of the U.S. Army Engineer Research and Development Center&#8217;s International Research Office.

For 30 years, Kennedy, who holds a doctorate in aquatic ecology, has worked for the U.S. Army Corps of Engineers, the agency responsible for environmental and water management in the States as well as the construction and maintenance of Army installations worldwide.

In the States, the Corps maintains seven research laboratories that focus on topics such as cold weather construction and coastal engineering as part of its mandate to maintain many of America&#8217;s waterways and coasts. The labs employ roughly 2,000 engineers, scientists and support personnel with an annual research budget of nearly $700 million.

The Corps of Engineers satellite research office based in England is hosted by the U.S. Army International Technology Center-Atlantic, which also maintains similar offices in France and Germany.

The International Technology Center grew out of the now defunct Army Standardization Group, which worked to ensure NATO militaries could operate together, but evolved to focus on research and scientific collaboration.

In this fiscal year alone, Kennedy&#8217;s office will allocate $4.7 million for contracts in research and development and spend another $200,000 for expert travel as well as to support conferences and workshops.

&#8220;We find someone doing research that we find interesting and we can pay for them to travel back to the United States and share their findings with our researchers,&#8221; Kennedy said. &#8220;We are always looking for ideas that provide mutual benefit to the researcher and the United States.&#8221;

A recent example is the collaboration between a Georgian scientist and Corps of Engineers researchers studying a process known as phytoremediation, which involves the use of plants that can extract contaminants from the environment or render them safe.

The Georgians have identified unique microbes that degrade TNT by consuming the nitrogen contained in TNT.

&#8220;We would be able to use plants to clean a contaminated area and then harvest the plants and destroy them,&#8221; Kennedy said. &#8220;It&#8217;s a very unique phenomenon that has military applicability. We&#8217;re working now to understand the biochemistry of the microbe.&#8221;

A programs manager with the London center is working to discover war-fighting materials.

Tiffany Ferguson said her travels across Europe focus on unearthing new technologies in power sources, remote sensors, ballistics and armor. She said many of the former Soviet Union countries are hotbeds for innovation.

&#8220;There are people out there doing incredible work with solar cells so that one day you may be able to plug into your own uniform for power,&#8221; she said. &#8220;These countries consistently want to work with the U.S. first &#8212; people who have new ideas, great ideas, and they want to work with us to a get a result.&#8221;