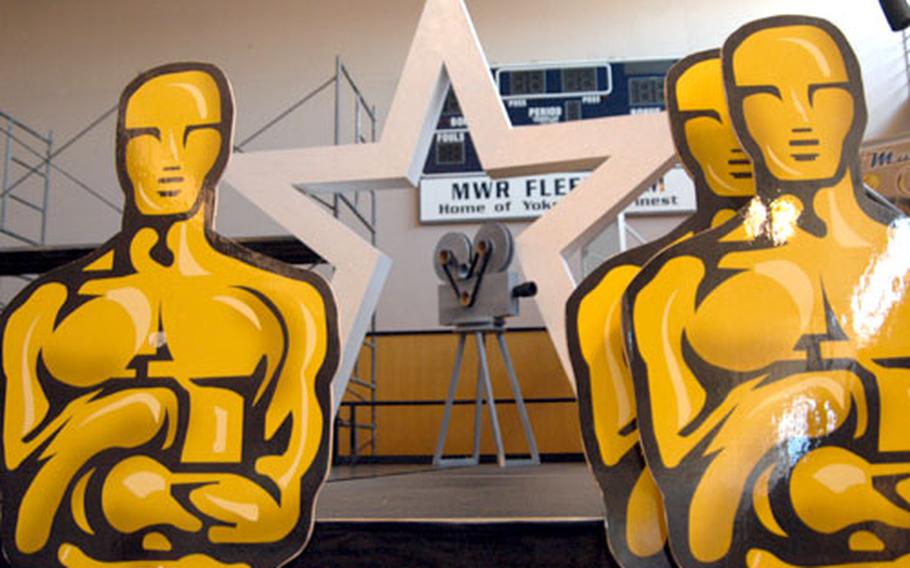 Everyone will be able to "Thank the Academy" Saturday at Yokosuka Naval Base&#39;s New Year&#39;s Eve Hollywood Bash, on the fourth floor of the Fleet Recreation Center. (Allison Batdorff / S&S)

Everyone will be able to "Thank the Academy" Saturday at Yokosuka Naval Base&#39;s New Year&#39;s Eve Hollywood Bash, on the fourth floor of the Fleet Recreation Center. (Allison Batdorff / S&S) 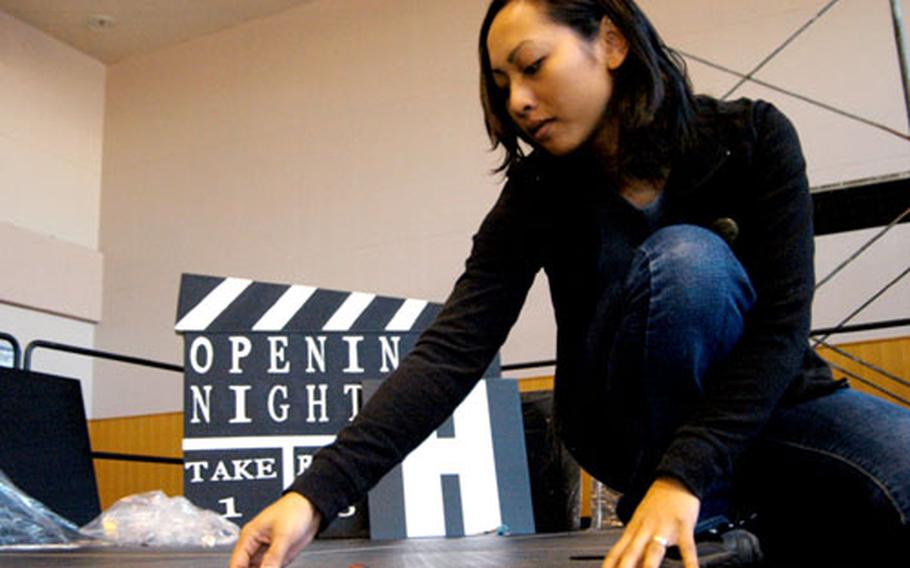 YOKOSUKA NAVAL BASE, Japan &#8212; Ruriko Peters is on her hands and knees, making the famous &#8220;Hollywood&#8221; mountains out of poster board. School-age coordinator Chris Kasparek hangs bling from the catwalk. Nichole Infante scatters shiny gold stars on the floor. Transforming the fourth floor of Yokosuka Naval Base&#8217;s Fleet Recreation Center into Tinseltown is no easy task.

But glamour is the key ingredient to Saturday&#8217;s New Year&#8217;s Eve Hollywood Bash at Yokosuka Naval Base.

The Morale, Welfare and Recreation department is hosting a party for the second year running. This year&#8217;s event starts at 5 p.m. in the Fleet Recreation Center.

Tickets are $40 in advance and $50 at the door. The party features dinner, a cash bar, blackjack, roulette, poker, keno and bingo. For entertainment, the band Mustang Sally is flying in from Nashville, Tenn. A DJ will keep people dancing until about 2 a.m.

Another base option is the New Year&#8217;s Eve all-night party at Club Alliance, where DJs will spin different music on each floor. A $5 ticket buys party favors, a champagne toast and finger food and a $15 ticket includes a prime rib dinner.

YOKOSUKA NAVAL BASE, Japan &#8212; Sailors with white and green liberty cards will get a few extra hours to ring in the New Year this holiday.

Curfew was extended until 2 a.m. for the cardholders, said 7th Fleet spokesman Lt. Steve Curry. Usually, white-card holders have to be back in their berthing/living area by midnight. Green-card holders must be on base by midnight. Most of the card holders are E-4 and below.

The decision to extend liberty, Curry said, comes because New Year&#8217;s Eve is a special occasion.