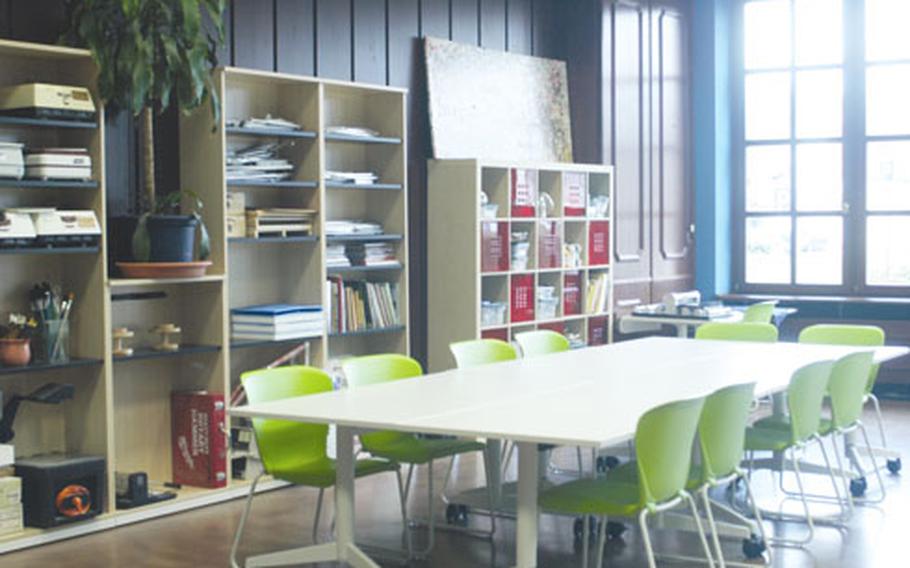 Buy Photo
The Arts and Cultural Center, which had its grand opening on Saturday, includes an airy studio. (Photos by Nancy Montgomery/Stars and Stripes)

Buy Photo
The Arts and Cultural Center, which had its grand opening on Saturday, includes an airy studio. (Photos by Nancy Montgomery/Stars and Stripes) 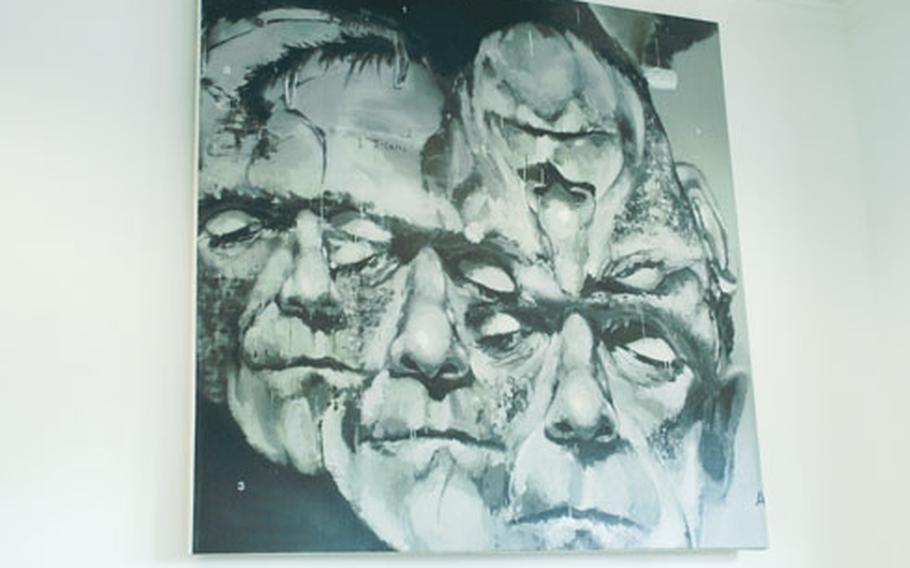 A painting by American-born, Mannheim, Germany-based artist Joseph Heeg hangs in the center’s exhibition space, one of the features that set it apart from other craft centers. () 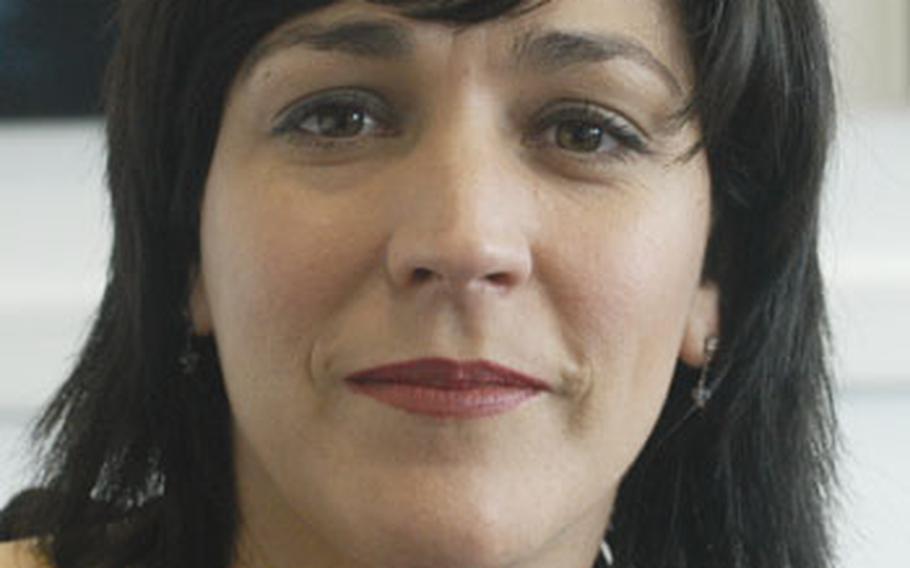 Women from all over happily browsed through bolts and bolts and bolts of fabric, all the green chairs were lined up perfectly in the spacious art studio and the painting of Boris Karloff as Frankenstein looked terrific.

But one of the African drummers had been stopped at the Patrick Henry Village gate. Some irregularity with his papers, it seemed.

Jen Bieser, director of the Arts and Cultural Center, rose from a bench in the exhibition space during the center&#8217;s grand opening Saturday. "Just tell them not to turn around and leave," she said.

Somehow, it was handled and a half-hour later, African drummers sat drumming in the lobby of the Patrick Henry Village Pavilion. They drummed a few feet away from the shop with all the fabric and brushes and fun fur and all manner of arts and crafts supplies. They drummed a few feet away from an art studio and the leaf-green hallway hung with big framed prints of Elizabeth Taylor, Janis Joplin and Maya Angelou.

And all of a sudden, it seemed hard to believe that this was once a place where the weekly highlight was a pancake breakfast.

After years of dowdiness and disuse, the pavilion, home to the new arts center, is sparkling, bold and bright, with a distinctly non-martial ambience.

Feel free to thank the quilters.

The new center was moved from Patton Barracks to the pavilion in part because the old center &#8212; which focused more on crafts than the arts &#8212; was actually a profitable enterprise, Bieser said.

"It&#8217;s their quilting community," Bieser said. "They carry so much fabric; we get people from England, from all over Germany &#8230; and scrapbooking."

All the crafts and supplies remain. But the arts part is growing. The center, in addition to its art studio, framing shop and ceramics room, also has an exhibition space.

The cost of the renovation and move was unavailable Saturday, according to Morale, Welfare and Recreation officials, although they said much of the moving was done by MWR employees. Bieser, who arrived in Heidelberg from Brussels about seven months ago, said she wasn&#8217;t sure of the cost but that the center looked far more expensive than it really was. "It&#8217;s paint," she said. "We&#8217;ve kept it very minimal, so it wouldn&#8217;t look cluttered. It&#8217;s kind of just a look."

Alex Ruggles, a teenage framer who had worked in the Patton arts and crafts center, said that although the old frame shop had windows and the new one is in the basement, "I think it turned out great."

"This is encompassing a larger realm of the arts than just your beads and string," she said.

The Heidelberg demographic is heavier on higher-ranking soldiers than many garrisons, but Bieser said she believes many soldiers, no matter their rank or age, will enjoy the new cultural opportunities. "If you change the paradigm and you offer soldiers more &#8230; they&#8217;ll love it," she said.

And if they&#8217;re not big on, say, watching Danish films or looking at paintings right off, then they can always paint their own beer mugs in the ceramics studio as an entr&#233;e.

And then there are the trips planned: to the German opera, museum or theater.

"I had a photography class and a girl in it had never been to the Heidelberg castle. And she&#8217;d been here two years."

Bieser wondered why and found out that the girl&#8217;s parents were intimidated by not knowing the language and just how to do things in Germany.

So, the "culture club," set to start this summer, will let people experience Europe easily.