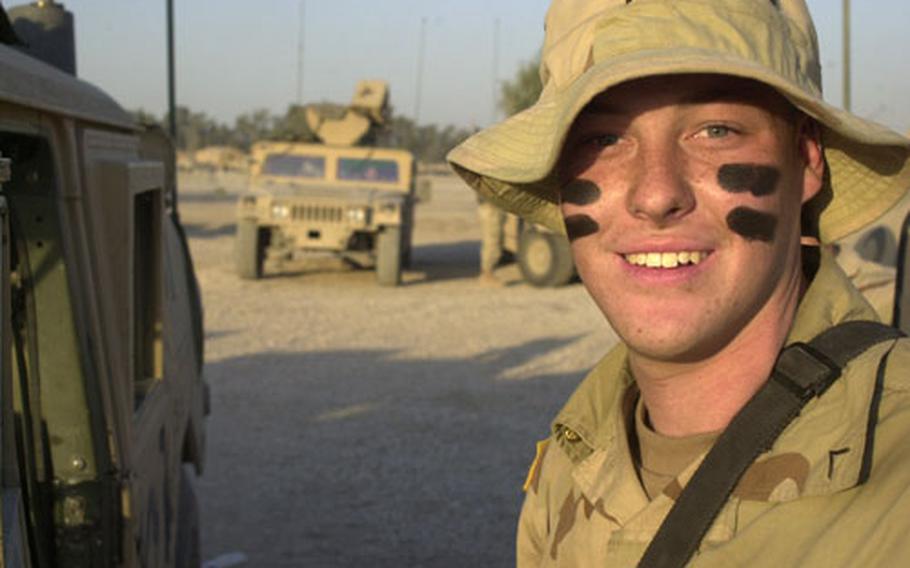 This 320-square-kilometer sector, patrolled by the 1st Cav&#8217;s 2nd Brigade Combat Team, is a tough neighborhood. It includes the insurgent stronghold of Abu Ghraib, and other towns that preceding units never really penetrated.

From sparsely populated outskirts, insurgents fire Russian-made missiles at U.S. bases, and even into the Green Zone of the U.S.-led provisional authority. Though not under siege like Fallujah, 20 miles to the west, this sector is strategically important &#8212; a transit area between Fallujah and Baghdad, say scouts.

Early in their rotation, which began in February, brigade combat team soldiers and officers worked to recruit area leaders as allies. They spent a month learning the sector down to detailed demographic data including population density and neighborhood income levels.

But with the elevated violence, 1st Cavalry officers and troops are concluding that Iraqi adults tend to gravitate toward strength, Smith said.

Early in the BCT&#8217;s rotation, insurgents weren&#8217;t particularly sophisticated. &#8220;There were plenty of bad guys, but 80 percent of them were knuckleheads,&#8221; untrained, undisciplined and unprepared, Smith said. Insurgents fired quick bursts from AK-47s, then ran into canals where cool water concealed body heat from soldiers&#8217; thermal sensors.

Since April 1, they&#8217;ve become more organized and ruthless, the platoon leader said. On April 11, BCT scouts took on 15 or 20 Iraqis who helicopter pilots spotted digging in a palm grove. The scouts discovered the Iraqis were not the typical civilian-attired insurgents, but wore matching uniforms, boots or athletic shoes, as well as army-issue equipment such as ammo vests. They were, Smith said, clearly in it for the long haul, with scouts finding coolers full of food and water caches, along with rocket-propelled grenades, machine guns and binoculars.

A major brigade combat team initiative is using scouts to move into hostile areas at night.

The scouts surveil areas for firing flashes, locate those positions, then coordinate attacks with OH-58 Kiowas from the combat team&#8217;s aviation units. But with ambushes, traps and obstacles such as irrigation canals snaking through the sector, scouts rely on their knowledge of back roads and alleys to surprise insurgents via unpredictable routes, Smith said

That&#8217;s the exception, not the rule. Where the 1st Cav&#8217;s predecessors, the 1st Armored Division, had a relatively quiet inaugural period, the brigade combat team has come into a buzz saw, with Smith&#8217;s scouts in intense firefights during their first 60 days, sometimes more than one per day. Since April 6, scouts have killed or captured over 30 insurgents while suffering only one injured.

But even as they fight, Smith said, the goal still is to find &#8220;some middle ground between the iron fist and passing out candy, where we establish a trust and respect.&#8221;