GIs pitch in to help clean up oil 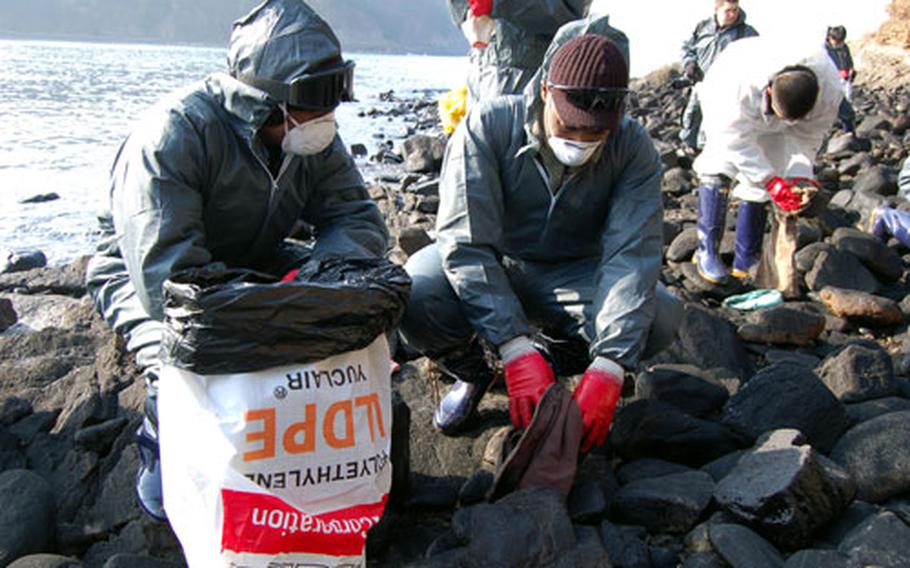 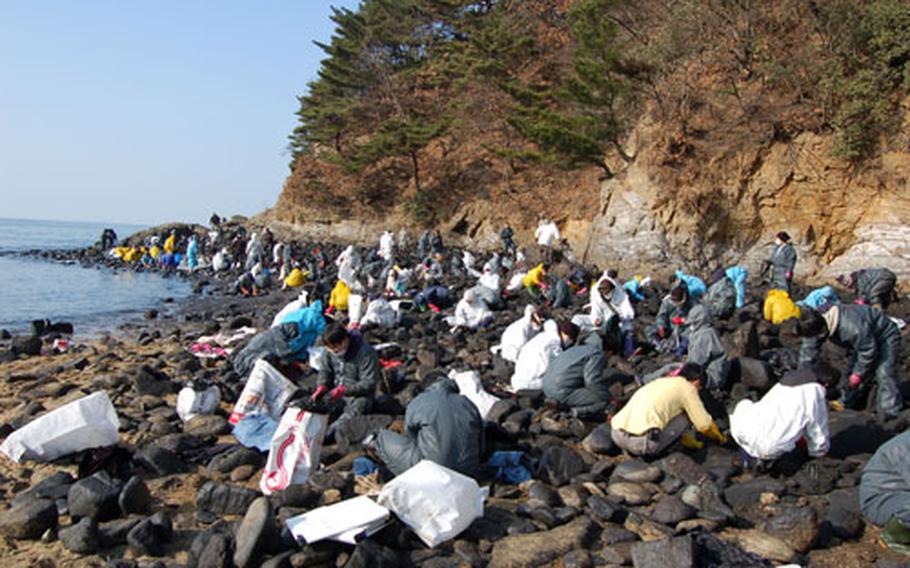 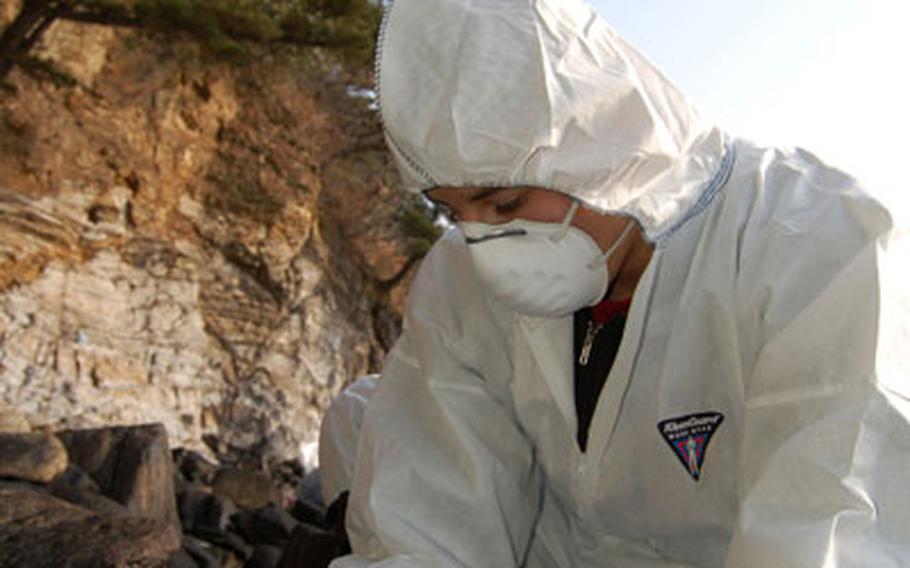 Forty-five soldiers boarded a bus at Yongsan Garrison early Wednesday for the three-hour trip to Baeknipo Beach, in Taean Coastline National Park, where they donned protective gear and used old clothing to scrub oil off rocks.

Thousands of South Korean workers have been laboring on the coast since a barge came free from its tugboats in rough waters and smashed into a Hong Kong supertanker seven miles from shore on Dec. 7, spilling 10,500 tons of oil.

Before boarding their bus, soldiers received a briefing about area safety hazards, including overexposure to oil, the possibility for &#8220;slips, trips and falls&#8221; and the dangers of overheating.

They were warned not to allow the oil to touch their skin, not to overexert themselves and to observe proper lifting techniques.

Bailey said about 200 soldier volunteers will travel to the beach over six days.

Transportation and protective gear were provided by members of the Good Neighbor Program, Bailey said.

Lt. Col. Thomas Whitaker, who coordinated the event, said joining the effort was a good way for soldiers to contribute to their host nation. He said many South Koreans give to the soldiers through the Good Neighbor Program.

Soldiers participating in the event said they were glad for the opportunity.

The soldiers&#8217; eagerness impressed Korean volunteers at the beach.