GIs in South Korea get crash course in safe driving 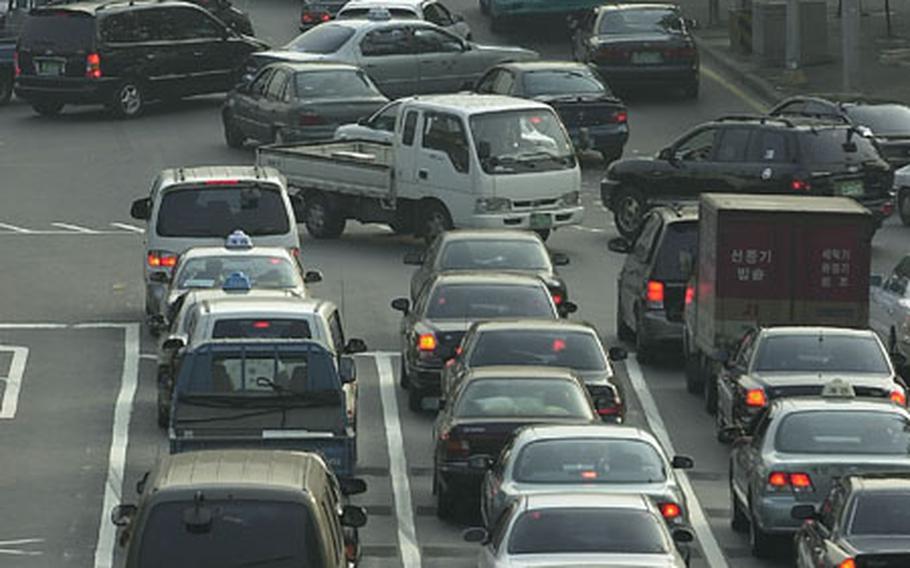 South Korea is known for its traffic congestion, which can offer a very challenging environment for U.S. military drivers stationed there. (Andy Dunaway / S&S)

South Korea is known for its traffic congestion, which can offer a very challenging environment for U.S. military drivers stationed there. (Andy Dunaway / S&S) 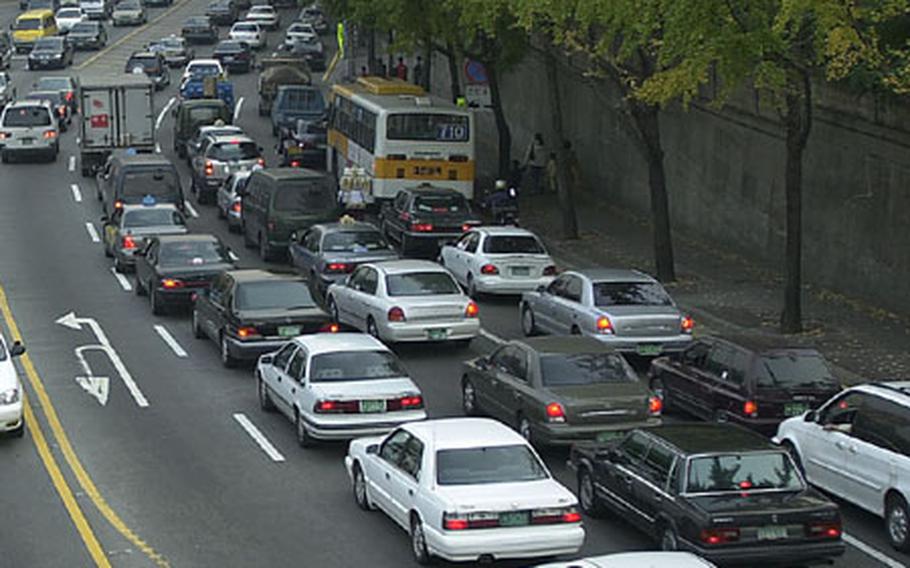 Korea traffic is something the commander of an Apache Longbow helicopter unit wants his troops to be ready to handle. (Andy Dunaway / S&S)

It was last summer, and although he&#8217;d been in South Korea only a few months, he&#8217;d heard the horror stories. He was about to experience them firsthand.

A small sedan approached from behind.

&#8220;Primarily, the drivers of the tactical vehicles are the young soldiers,&#8221; said Army Maj. Andrew Mutter, spokesman for the 19th Theater Support Command in Taegu.

Staff Sgt. Richard Turnbow, 1st Platoon sergeant for the 267th Chemical Company, part of the 23rd Chemical Battalion out of Camp Carroll in Waegwan, is the platoon&#8217;s master driver. He conducts driver&#8217;s training for the company&#8217;s new arrivals.

At Camp Walker in Taegu, the 19th TSC&#8217;s Headquarters and Headquarters Company has a similar training program. And the unit is pushing to get up to 85 percent or more of its troops, sergeants first class and below, licensed to drive tactical vehicles.