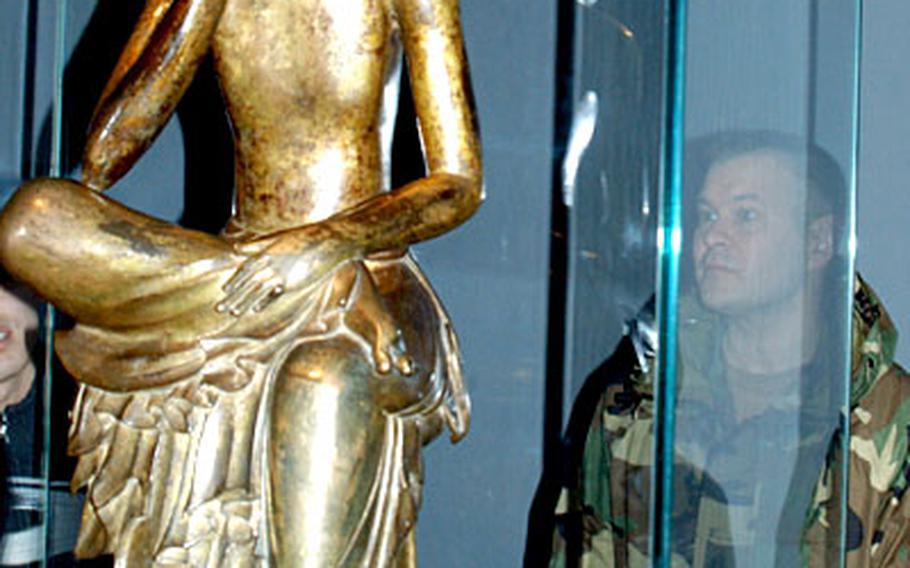 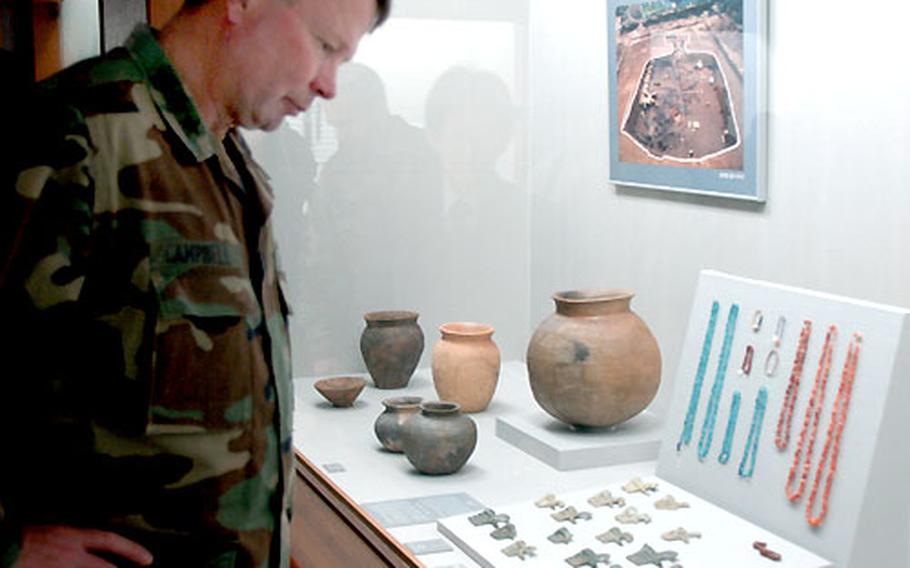 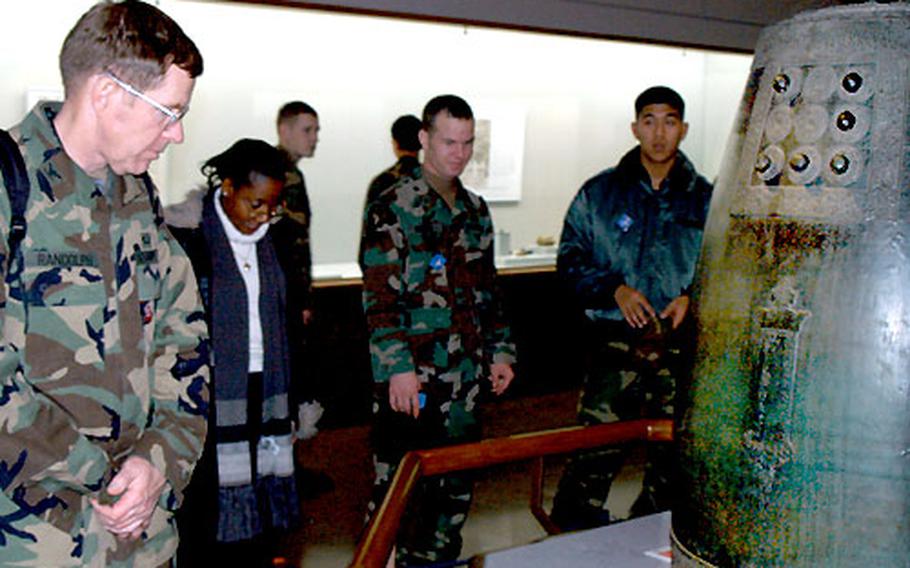 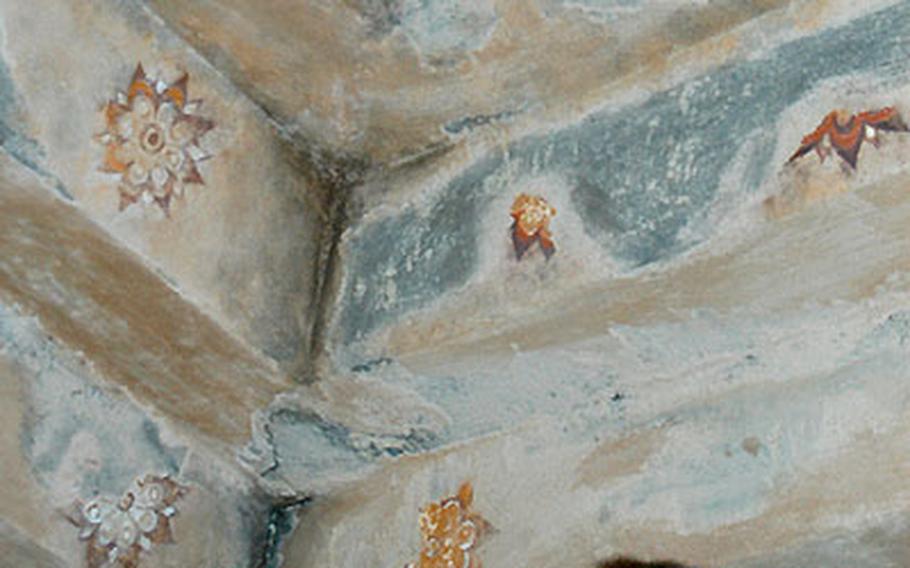 Lt. Gen. Charles Campbell examines the inside of a replica Korean tomb from the Koguryo Kingdom. (Seth Robson / S&S)

SEOUL &#8212; Five hundred South Korea-based U.S. soldiers got a taste of local history Monday during a free tour of the National Museum of Korea in Seoul.

The soldiers, including Lt. Gen. Charles Campbell, 8th Army commander, were split into small groups and given guided tours of the museum exhibits, which feature more than 5,000 items.

Gwon Gu-kim, who heads the museum&#8217;s archaeology department, said 40 guides were employed to escort the soldiers.

&#8220;We have invited the combined forces to enhance their understanding of Korean culture,&#8221; he said.

The crown, one of seven in the museum collection, was buried with a Shilla King. It depicts the tree of life and a Siberian antelope. Vases recovered from the same tomb as the crown mirror Greek and Roman designs.

Two million people visit the museum each year. Another 145,000 items are in its collection; more exhibits are to be added when it shifts to a new, $400 million building near Yongsan Garrison in 2005.

During the tour, Lt. Col. Drew Turinski of Yongsan Garrison asked his guide if a large Buddhist bell still worked.

Soldiers touring the museum were fascinated by a display of ancient Korean maps, including early documents, which depict people from other countries as Cyclopses, immortals and winged demons.

One of the maps was drawn by cartographer Kim Jeong-ho in 1861, and appears almost as accurate as a satellite photograph.

Pfc. Lee Sang-hee, of the Yongsan-based 142nd MPs, said Kim climbed every mountain in Korea to produce the document but was executed by the Korean government because his map was regarded as a threat to national security.

Master Sgt. Ray Delgado, of 8th Army&#8217;s 1st Signal Brigade, was impressed by some large iron and bronze Buddhist statues on display and by their surviving the Japanese occupation and Korean War.

Delgado was visiting the museum for the first time.