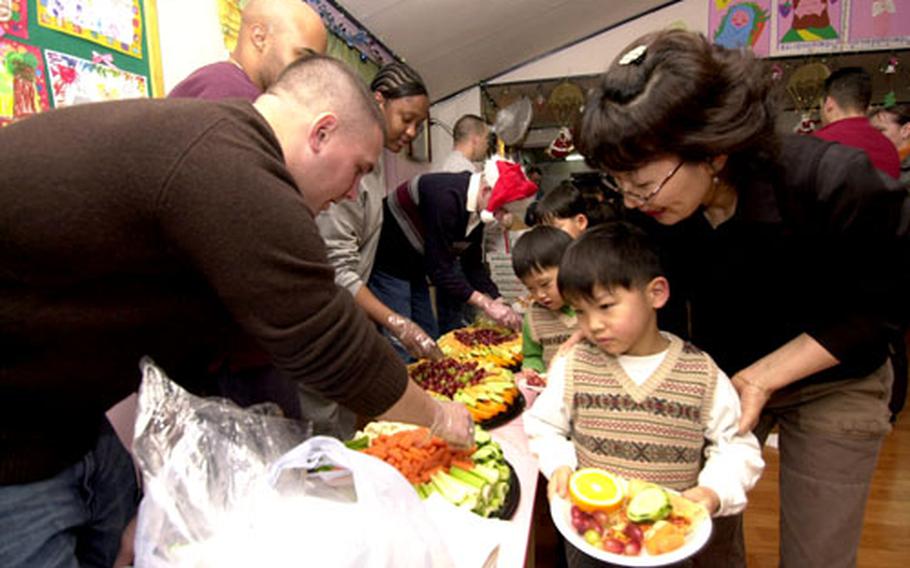 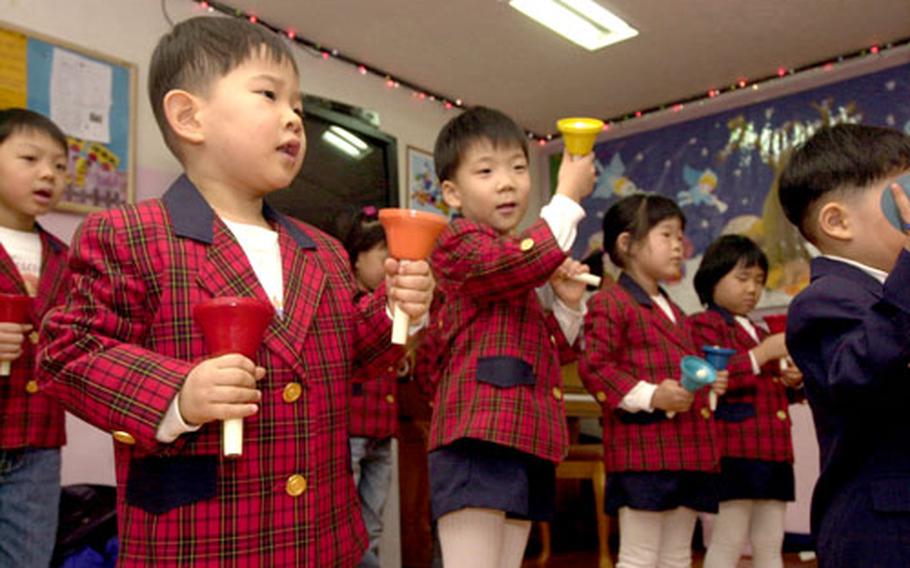 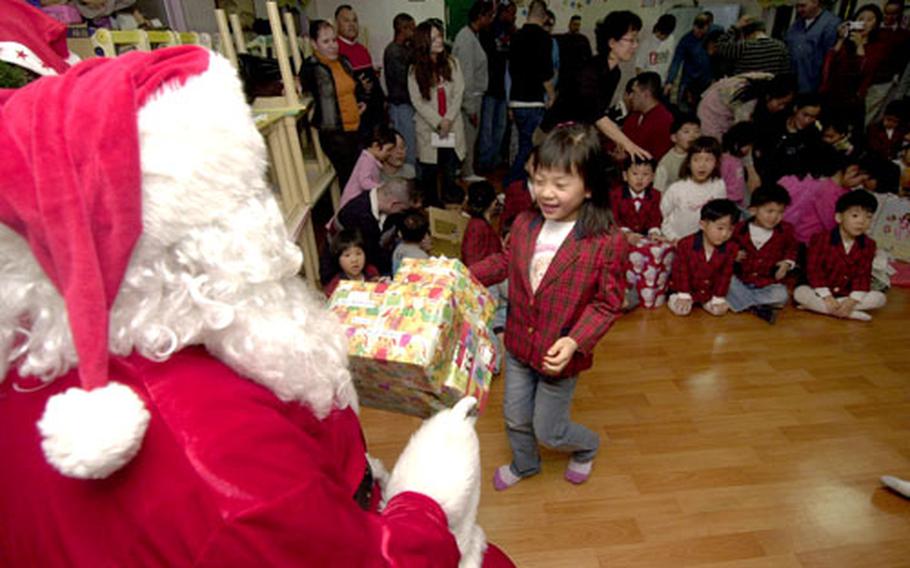 A little girl from the Sung Ro Won orphanage runs to get her present from Santa. (T.D. Flack / S&S) 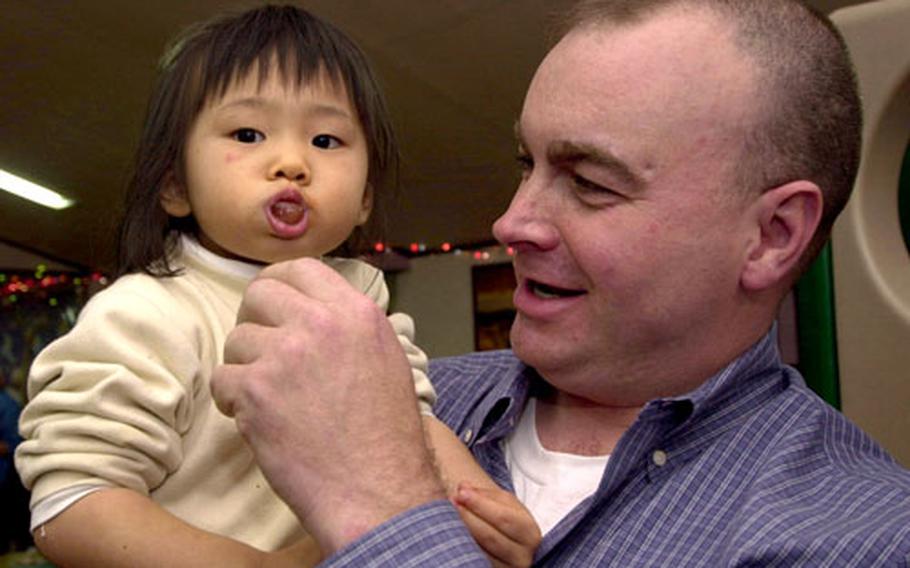 SEOUL &#8212; The only thing bigger than the pile of toys Santa delivered were the smiles on the kids&#8217; faces Thursday night at the Sung Ro Won orphanage in Seoul.

Santa &#8212; otherwise known as Sgt. 1st Class Charles Davis &#8212; joined more than 40 soldiers, Korean Augmentees to the U.S. Army and family members of the 8th Military Police Brigade&#8217;s Headquarters and Headquarters Company for a two-hour holiday party at the orphanage.

Thursday&#8217;s party began with a meal of pizza, fruit and vegetables and plenty of juice packs and was followed with entertainment provided by the children.

The kids danced, sang Christmas carols in Korean and played holiday favorites on hand bells while the visitors cheered and clapped.

He said the soldiers always enjoy supporting the kids &#8220;but this is a special time of the year.&#8221;

Within minutes after Santa&#8217;s arrival, it seemed to be snowing wrapping paper in the room as the kids ripped into the presents. The company ensured each child and staff member received a gift.

Chun Ok-ja, the orphanage assistant superintendent, said the kids had asked all day when Santa would arrive.

She said the soldiers did a great job in picking presents that were ideal for each child.

&#8220;We would like to thank them so much, it feels so good to see the children in need being happy with the American and KATUSA soldiers,&#8221; she said.

Sgt. Felipe Melendez tucked himself into a back corner and worked on assembling a toy workbench for one of the children. He said his wife was visiting a friend and his son was with his mother-in-law Thursday night, freeing the sergeant to visit the orphanage.

First Sgt. Michael Barnes, who spends as much time as he can at the orphanage, moved from kid to kid, handing out hugs.