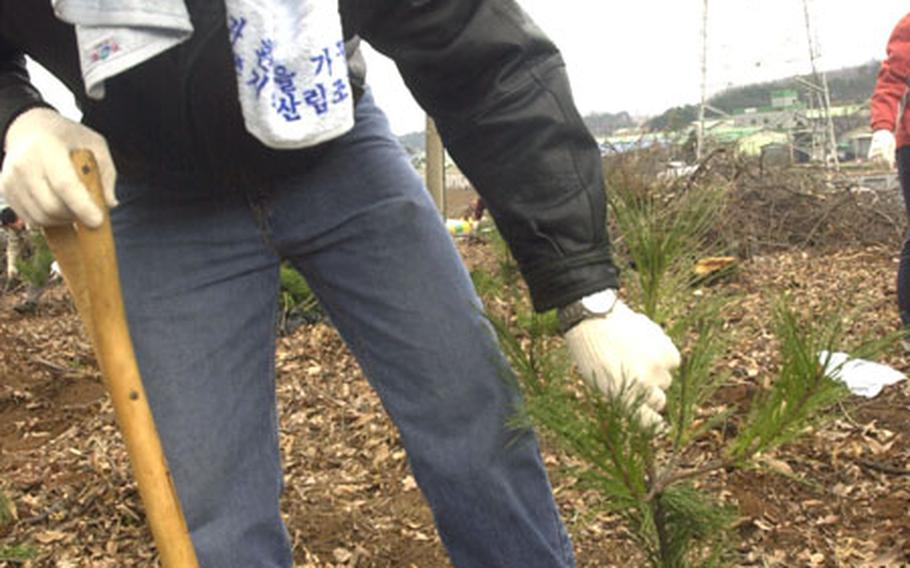 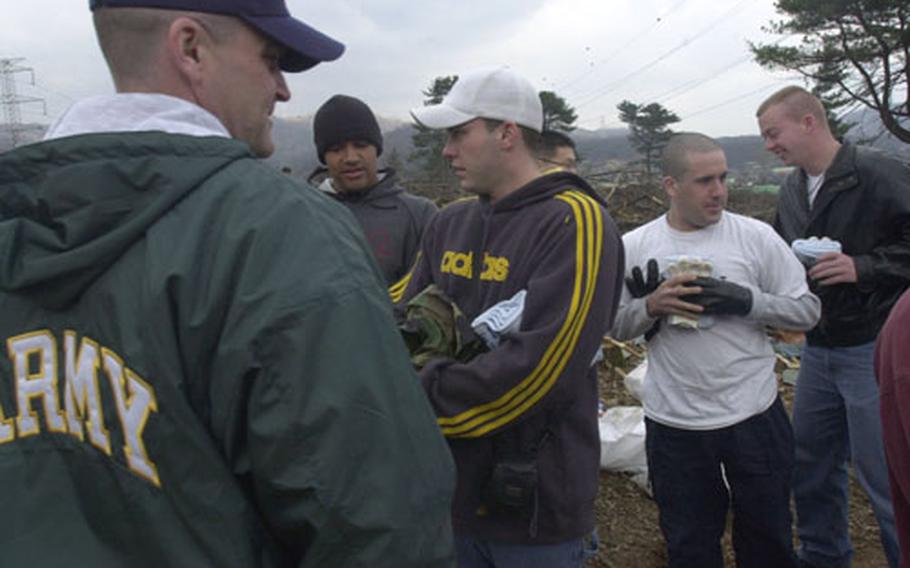 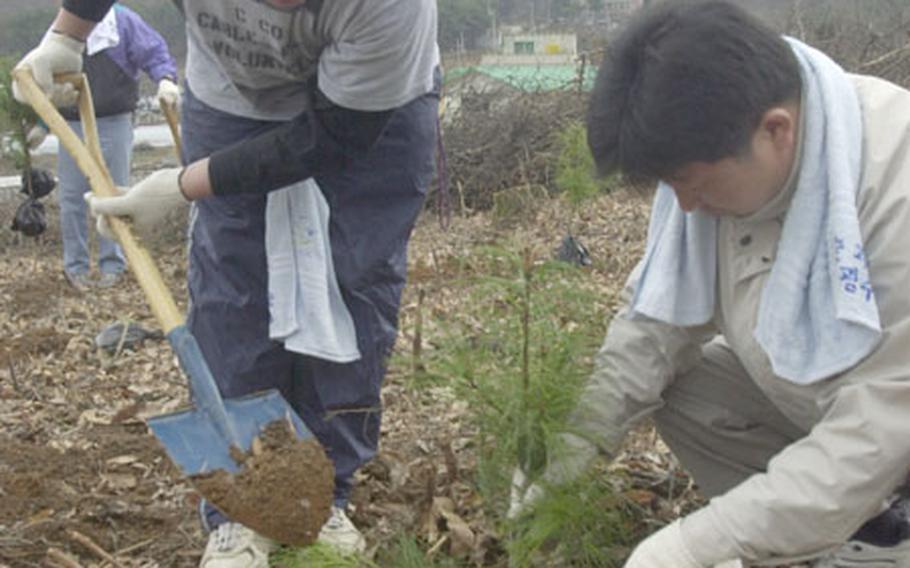 HANAM, South Korea &#8212; The real roots of friendship go deep, and you could say the roots of one tree at Camp Colbern tested that relationship with the city of Hanam a couple of years ago.

The small, quiet hillside camp, just outside Seoul&#8217;s southeastern border, is home to about 240 soldiers of the 304th Signal Battalion, a unit responsible for setting up tactical communications.

About two dozen soldiers donated their time Friday by joining other South Korean civilians in Hanam at an annual Arbor Day tree planting.

South Koreans are obsessive about their trees, in part because artillery rounds during the Korean War decimated hillsides, necessitating massive planting campaigns to renew the country&#8217;s temperate climate forests and green mountainsides.

The city had torn down dying pine trees along a hillside and wanted to replace them with new pines. The floppy, needled saplings &#8212; which looked a bit like Charlie Brown&#8217;s depressed Christmas tree &#8212; were gingerly plunked into pre-dug holes and covered with clumps of thick muck from the mountainside.

The ceremony marked Chun&#8217;s first visit to the 2nd Infantry Division, and as he pointed out, was also Wood&#8217;s 54th birthday.

U.S. soldiers have come out for the last five years for the plantings. But in the past, the 304th battalion commander would come out and ceremoniously plant one tree with city officials and volunteers, Cho said. This time, many soldiers participated and &#8220;their (planting) skills have improved.&#8221;

Lt. Col. Clinton Bigger, battalion commander, said the city shows great hospitality toward the small base and &#8220;we always try to look for ways to get involved in the city.&#8221; It also helps soldiers mingle with local civilians, improving relations, he said.

And local tax office worker Lee Cheon-hyung said it reminds people that U.S. soldiers are here not only for the defense of his country. &#8220;We realize they are here and helping us&#8221; in other ways as well, he added.

&#8212; Shin Hyung-bun contributed to this report.