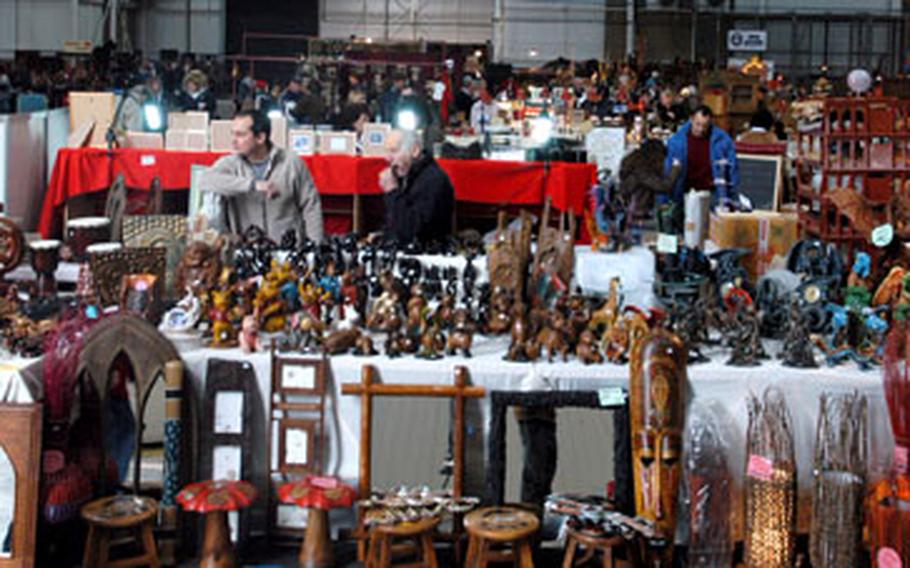 From wine to olives to wood carvings to clothing to Persian rugs, there were all types of wares on sale Saturday at the annual RAF Mildenhall holiday bazaar. (Geoff Ziezulewicz / S&S)

From wine to olives to wood carvings to clothing to Persian rugs, there were all types of wares on sale Saturday at the annual RAF Mildenhall holiday bazaar. (Geoff Ziezulewicz / S&S) 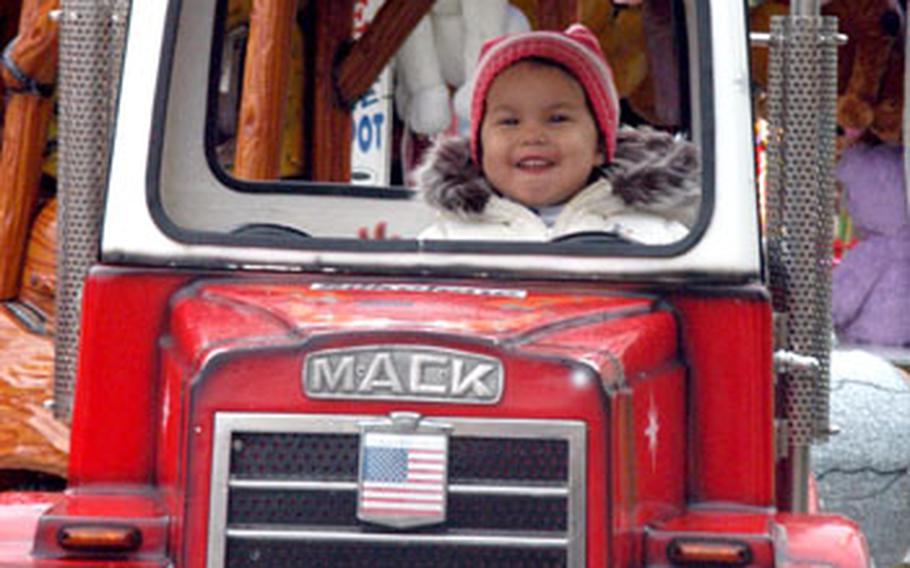 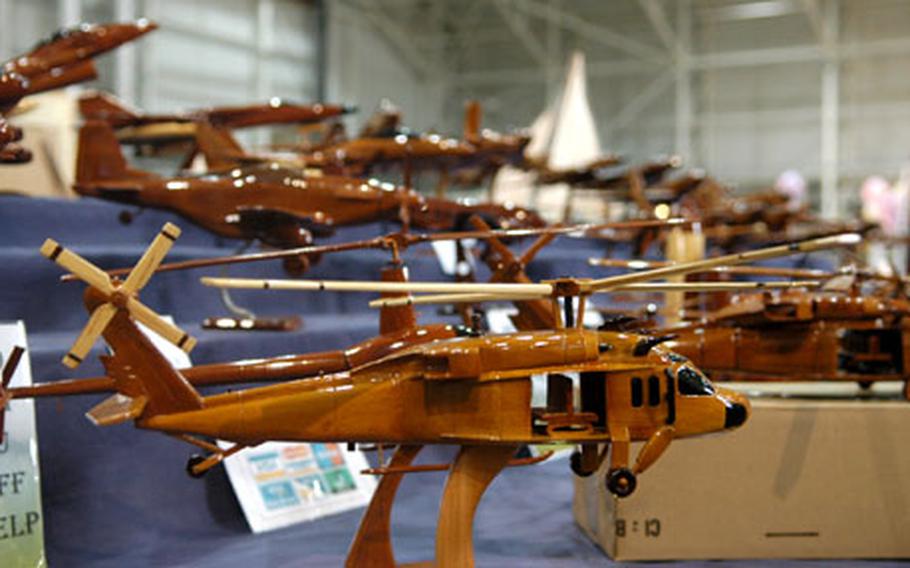 RAF MILDENHALL &#8212; The hangars were cleared of their workaday duties last weekend as RAF Mildenhall hosted its annual bazaar.

There was something for everybody, from rides for the kids to vendors from across Europe, with a variety of base units plying their culinary wares in between.

The Persian rugs, gourmet olives, clothing, wood carvings and about a million other items on sale help the bazaar raise money to benefit various organizations in the Mildenhall community, organizer Deborah Calisi said.

Last year, more than $30,000 was raised, said Calisi, whose husband is stationed at Mildenhall with the 7th Special Operations Squadron.

Calisi, who said she&#8217;s partial to the antiques on display, said this year&#8217;s event had more of a holiday theme.

Through phone calls, e-mails and networking with other bazaar organizers in Europe, all the vendors are able to converge in one spot for the weekend, Calisi said.

Between the highly aromatic olives, tons of German wine and chairs that looked to be carved straight from a tree trunk, were mahogany models of the Pave Low helicopters that fly at Mildenhall. They &#8212; and models of just about every other aircraft imaginable &#8212; were sold by Shaun Prior and his British company, Unique Natural Wood.

Selling at such events is a hit-and- miss proposition, Prior said, adding that he had already set up shop at the RAF Molesworth bazaar earlier this year.

Gil and Sandra Chisholm were visiting their son, Staff Sgt. Chad Chisholm, who is stationed at RAF Alconbury, and his family and decided to see the bazaar.

While their grandson busied himself with rides outside, daughter-in-law Marie guided them through all the bazaar had to offer.

Still, if they end up buying something, they&#8217;ll have to figure out how to get it home, Gil Chisholm said. No big deal in the face of such great buys.