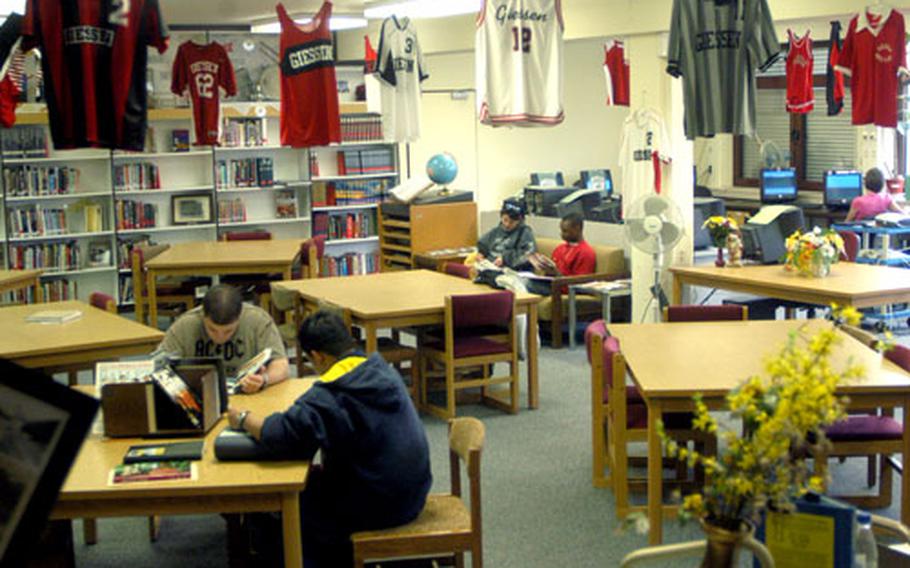 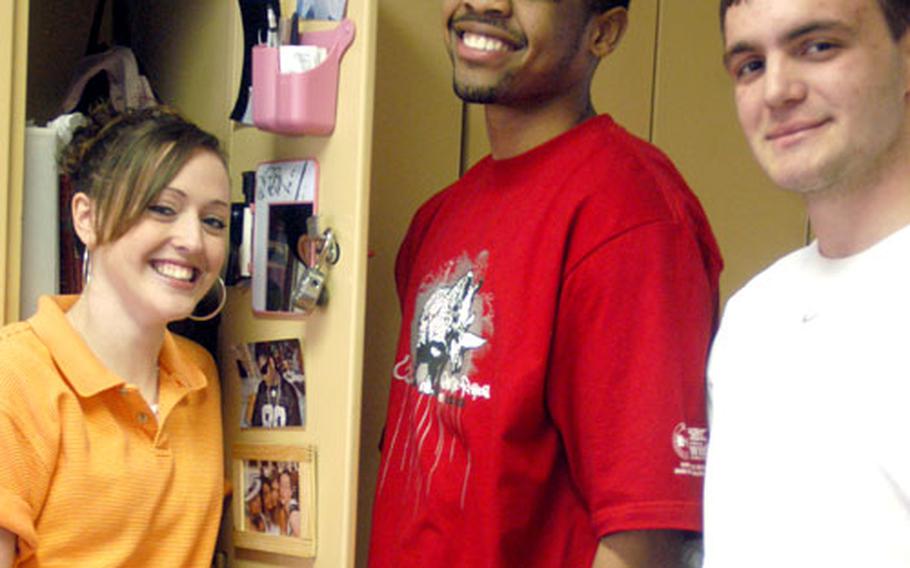 Lockers are important meeting points for any high school students, and Sasha Curry (left), C.J. Battle (center) and K.C. Brown are certainly no different as they congregate around Sasha’s locker. (Kevin Dougherty / S&S) 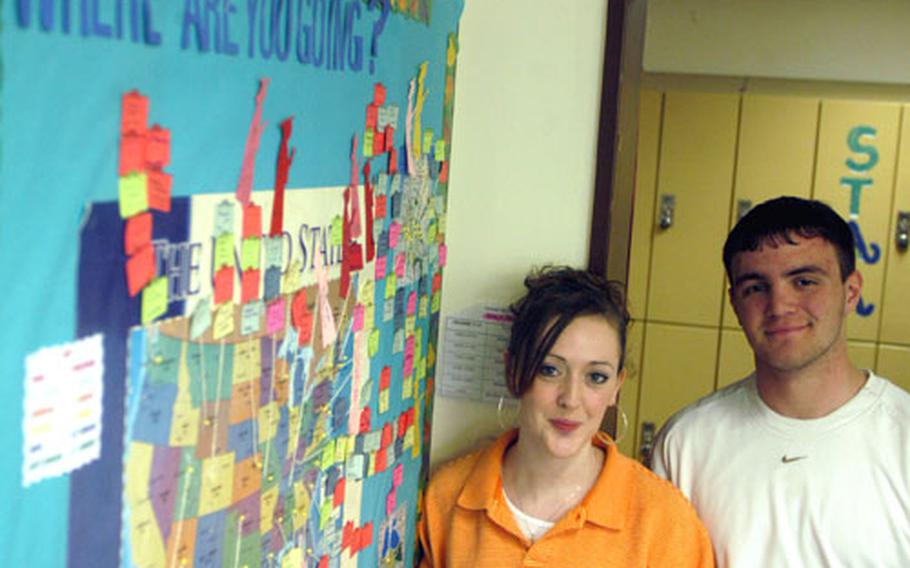 To help people track where fellow classmates and faculty are headed, Giessen school librarian Jan Jensen posted a “Where are you going?” map. Junior Sasha Curry, left, is returning to the States, but isn’t sure where, while senior K.C. Brown is thinking of joining the U.S. Coast Guard. (Kevin Dougherty / S&S)

GIESSEN, Germany &#8212; In the classrooms and locker-lined hallways, nothing indicates the end is near.

But this year is unlike any other because the U.S. military is leaving Giessen, schools and all. And so, understandably, teachers and students are starting to wax nostalgically.

The Giessen military community, which includes Friedberg, Butzbach and Bad Nauheim, is dissolving as part of the restructuring plan for U.S. forces in Europe. By the end of summer, only a small caretaker force will remain to shut it down.

In addition to Giessen, high schools are closing in London and Livorno, Italy, as well as a couple of primary schools.

Recently, several Giessen high-school teachers and students talked about their school and its pending closure. Much of the discussions occurred in the library, where school memorabilia is on display and a map made of construction paper charts everyone&#8217;s future home.

&#8220;It kind of helps the students and teachers who are in denial,&#8221; librarian Jan Jensen said of her effort to honor the school.

One exhibit included old newspaper articles chronicling the early years. The facility, originally just a high school, was opened in the fall of 1985. During construction, work crews found a 250-pound bomb left over from World War II on the site and there were occasional protests by the German Green Party.

A couple of teachers thought that was probably a blessing, given the area was forested and environmental concerns were heeded in construction.

Ellen Sheehan, an English teacher who has spent more than 20 years at the school, calls the campus the prettiest in DODDS-Europe. Sheehan, Cole and music teacher Eldon Kirkhum talked fondly of its appearance, purple rhododendrons, and red-and-white &#8220;fairytale&#8221; mushrooms that pop up every fall.

She and her colleagues noted that students have responded well to the situation, which was further complicated by moms and dads deployed to Iraq until a few months ago.

An hour later, K.C. Brown was sitting in the library, his head tilted back.

Curry, a junior, found Brown&#8217;s revelation amusing, which led to some good-natured teasing, all normal stuff, for teens.

Those ties to the past &#8212; or at least the possibility of reconnecting to it &#8212; are what students and teachers say they will miss the most.