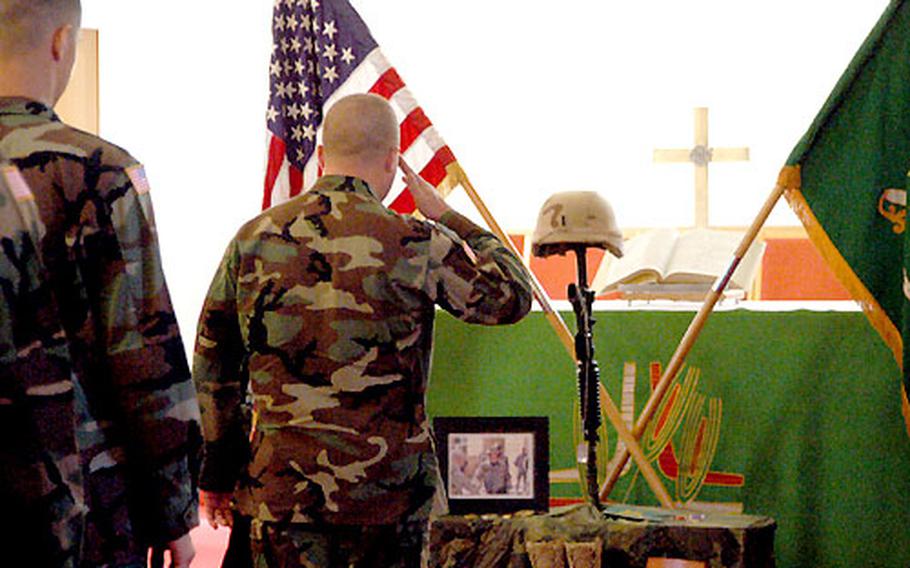 A soldier gives a final salute to 1st Lt. Timothy E. Price at his memorial service in Giessen. Price was killed in Iraq on Tuesday. (Michael Abrams / S&S)

A soldier gives a final salute to 1st Lt. Timothy E. Price at his memorial service in Giessen. Price was killed in Iraq on Tuesday. (Michael Abrams / S&S) 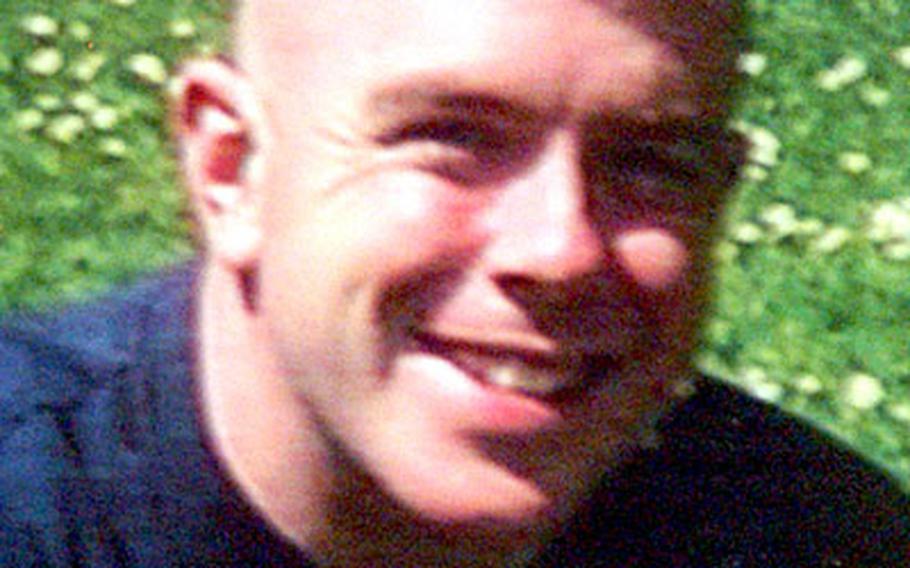 GIESSEN, Germany &#8212; When asked after the memorial how many of his soldiers have died in Iraq, the commander reached into his pocket to retrieve a small key ring holding six dog tags.

With reluctance and pride, the commander of the 709th Military Police Battalion soon will add another tag to his ring of honor.

That one will bear the name of 1st Lt. Timothy E. Price.

More than 250 people attended a morning memorial service in Giessen on Friday for the 25-year-old platoon leader.

&#8220;There is no way to describe a warrior without using Tim Price as an example,&#8221; Garrity said at the service.

On Tuesday, Price was leading his platoon on a mission in Baghdad when he was shot and killed by a sniper. His death was the seventh in Iraq for the battalion.

Services such as this one are always tough, but the sendoff Price received was one of the most heartfelt.

The church was packed, from the front row to the back wall to the choir loft above.

Most of those in attendance were soldiers.

After the service ended, several soldiers not yet ready to walk away lingered in the back of the chapel, looking toward the front where a helmet, rifle, pair of boots and some mementos were situated.

One of the mementos was a Virginia Tech sports shirt. There were several pictures, too.

Before the service started, a brief slide show was displayed. It showed color snapshots of Price on some of his European tours. Often, he was seen hamming it up with a bunch of his buddies.

Kerfoot, the college chum, shared a few stories involving his longtime friend. At the end of his eulogy, he said he needed to perform one &#8220;last ring check,&#8221; and then rapped his college ring against the wooden lectern.

His awards include the Bronze Star Medal with one oak-leaf cluster and the Purple Heart.

Garrity is not looking forward to the metal he&#8217;ll receive with Price&#8217;s name on it. The idea for the honor ring, he said, came from Command Sgt. Maj. Dale Paff, who holds a duplicate copy.