GI who died of suicide to receive long-sought combat recognition 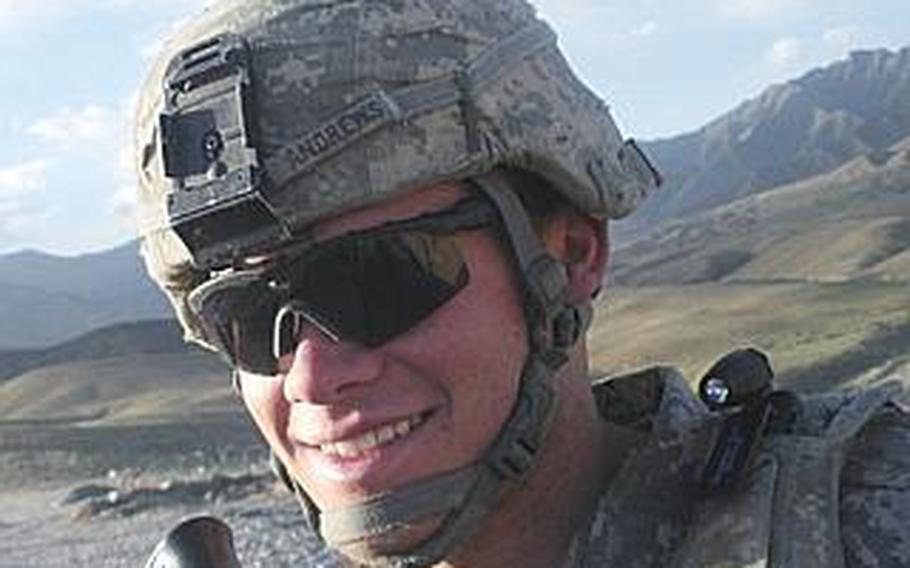 Former Army Spc. Jacob Andrews in a photo taken during his deployment to Afghanistan during 2009. Andrews committed suicide in April 2011 shortly after he was kicked out of the Army amid a confluence of mental health issues and behavioral problems. (Courtesy of Lauri Turner)

Former Army Spc. Jacob Andrews in a photo taken during his deployment to Afghanistan during 2009. Andrews committed suicide in April 2011 shortly after he was kicked out of the Army amid a confluence of mental health issues and behavioral problems. (Courtesy of Lauri Turner) 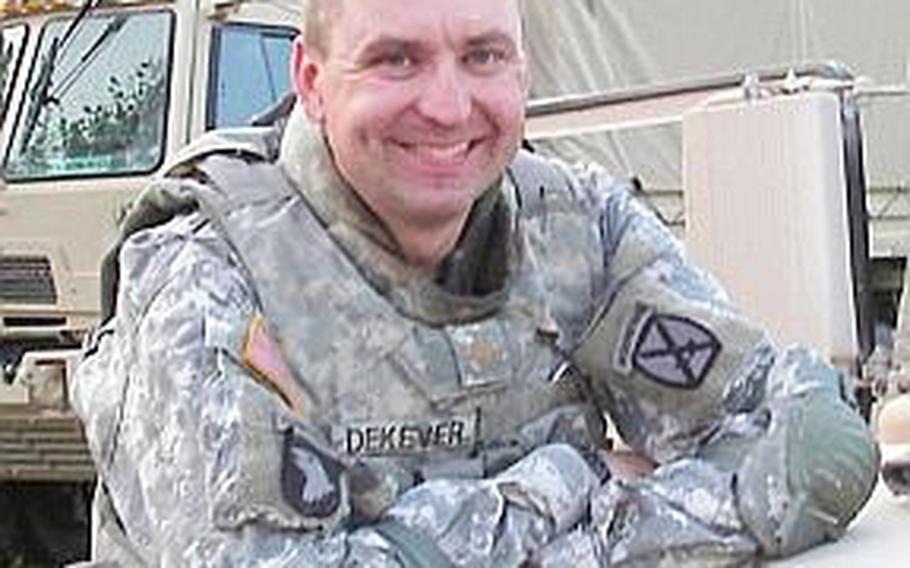 Lt. Col. Andrew DeKever, who served in the same brigade in Afghanistan as former Spc. Jacob Andrews, campaigned to get Andrews a posthumous combat infantryman badge. Andrews took his own life after a battle with PTSD, (Courtesy of Andrew DeKever)

WASHINGTON &mdash; Spc. Jacob Andrews was the only soldier in his platoon who wasn&rsquo;t awarded the combat infantryman badge, though his unit mates insisted he earned it.

Now, two years after Andrews was discharged from the Army and more than a year after he committed suicide, his family will finally be able to pin the treasured CIB on his Class A service uniform &mdash; thanks to the perseverance of an Army officer who never met him.

Andrews suffered a traumatic brain injury during his 2009 deployment to Afghanistan and struggled with post-traumatic stress disorder after he returned, though neither was diagnosed until he was discharged in Sept. 2010 after a string of alcohol-related incidents and arguments with his superiors. He hanged himself with a climbing rope in the woods near his childhood home seven months later. He was 22.

Friends and family members contend that the Army, rather than ushering Andrews out of the service, should have seen that his behavior was caused by the unseen wounds he brought home from Afghanistan.

Lt. Col. Andrew DeKever served in the same battalion as Andrews and deployed to Afghanistan at the same time, but the men never met. When he returned from Afghanistan, he, like Andrews, suffered from PTSD and contemplated suicide. He checked himself into a hospital and after eight months of PTSD therapy and antidepressants, he said he was able to shake his worst demons.

&ldquo;I felt myself teetering on the edge of that dark place like Jake was,&rdquo; DeKever said.

When he read a Stars and Stripes story about Andrews in June 2011, it struck a chord.

He connected with Andrews&rsquo; family and gathered statements from soldiers who had served with Andrews in Company D, 2nd Battalion, 87th Infantry Regiment. He submitted the paperwork to get the combat infantryman badge Andrews earned.

The initial application was bounced back because of a paperwork error, but DeKever persisted. Nearly a year after first submitting the application, he got an email this week saying the award had been approved.

&ldquo;It was worth it at the end of the day,&rdquo; said DeKever, who is now stationed in Alaska but stays in touch with Andrews&rsquo; family in Kansas City, Mo. &ldquo;When Jake&rsquo;s son grows up, he&rsquo;s going to have that to hold on to.&rdquo;

Andrews&rsquo; mother, Lauri Turner, said she is happy to have won this battle, though she is still trying to get him awarded a Purple Heart for traumatic brain injury. Andrews was devastated, she said, not to receive the CIB.

Now, DeKever is working on putting together a ceremony at Fort Leavenworth, something more than just sending the badge to Turner in the mail.

&ldquo;If it wasn&rsquo;t for [DeKever], this probably never would have happened,&rdquo; she said. &ldquo;I&rsquo;m just happy knowing we got it.&rdquo;

DeKever helped Turner get her son&rsquo;s uniform in order and ready for the badge to soon be added.

The badge is important for Baby Jake to see some day, she said.

&ldquo;His dad was much more than the way he died. It&rsquo;s about the way he lived,&rdquo; Turner said. &ldquo;That&rsquo;s what he needs to know. This just backs that up.&rdquo;

Turner and Mercante are still fighting to get Andrews&rsquo; name on the baby&rsquo;s birth certificate so he can get benefits. Because Andrews and Mercante weren&rsquo;t married, a DNA test was done to prove he was the father. Mercante and Turner also plan to work on getting laws passed so other families don&rsquo;t go through the same things they have.

&ldquo;This is not just because of Jake, but for the others out there,&rdquo; Turner said. &ldquo;Maybe me speaking up will give someone else the courage to speak up. Maybe some changes will go into effect.&rdquo;