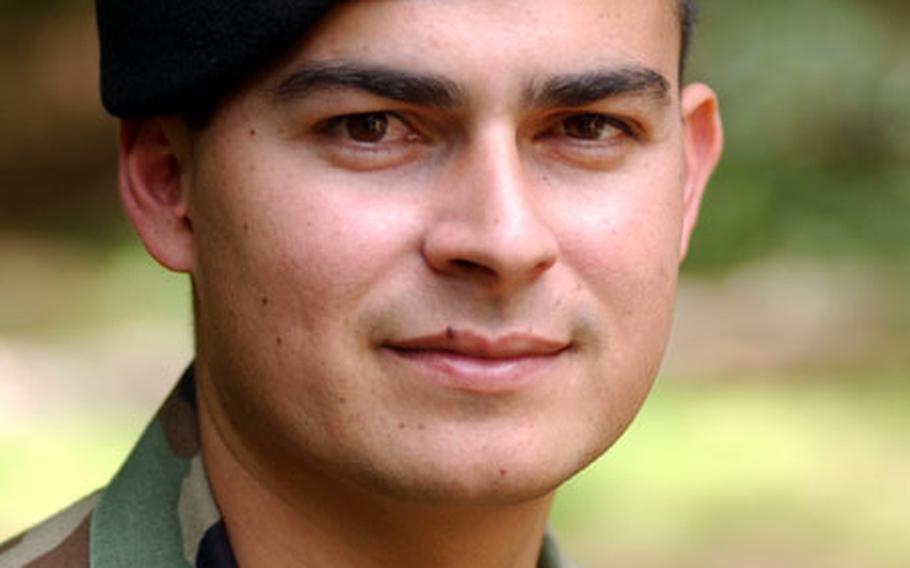 LANDSTUHL, Germany &#8212; For the past five years, Army Staff Sgt. Elvin Arroyo has helped soldiers earn something they cannot get anywhere else in the world.

This year, Arroyo and his counterpart, German Reserves Forces Sgt. Maj. Bernd Heinrich, helped 59 people earn the sports badge, or German Proficiency Badge, and 56 earn the marksmanship badge, called the Sch&#252;tzenschnur. Since 1999, about 750 soldiers have earned the badges, Arroyo said.

Helping Americans participate is a big job for Arroyo &#8212; which he does entirely on his own time.

He volunteers because he likes to give back to the community. Plus, the badges are something U.S. troops won&#8217;t find at their next duty station, he said.

&#8220;The e-mails from colonels to privates thanking me for the opportunity are recognition enough and good reminders that I made a difference,&#8221; Arroyo said.

To get the sports badge, which also is open to civilians, soldiers have to complete running, swimming, shot-putting, ruck marching and long-jumping events.

Arroyo spends his weekdays working as the noncommissioned officer in charge of the chemistry section at Landstuhl&#8217;s pathology department.

He credits Arroyo with allowing him to participate in an event that helped elucidate German culture.

&#8220;A lot goes on behind the scenes and Sgt. Arroyo works hard to coordinate things,&#8221; Taillon said. &#8220;I just think it was a really good opportunity and a chance to experience German military life.&#8221;

Arroyo earned his own badge in 1999, shortly after moving to Germany. He took over as coordinator in 2002 after the former coordinator changed duty stations.

Between January and July, when the program finishes, Arroyo spends most Saturdays and Sundays on the program. His wife, Amber, a Department of Defense civilian worker, and their four children, including 18-month-old twins, often come out to walk along the ruck march trail.

&#8220;The night before one event his wife had the twins and even though he had been up the whole night, the next day he went out and supported the U.S. soldiers,&#8221; Heinrich said.

Heinrich has been helping coordinate the events for 15 years. Arroyo says he couldn&#8217;t have done it without Heinrich.

Unfortunately, the Arroyo-Heinrich partnership is about to go on hiatus. Both said they need a break, so after all the awards are compiled from this year&#8217;s events, they will leave the planning to others. Neither knows whether a replacement is forthcoming.

Taillon, for one, said he expected that would happen. He hopes the program will continue, with new coordinators.