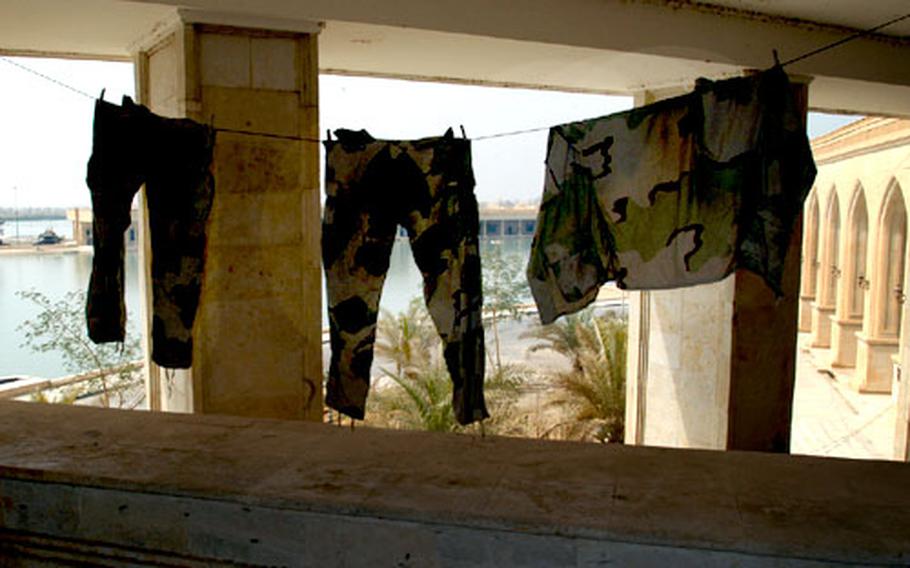 BDUs hang from a second-floor balcony at the Al Faw palace on Camp Victory near Baghdad International Airport. The palace is surrounded by a man-made lake. (Jason Chudy / S&S)

BDUs hang from a second-floor balcony at the Al Faw palace on Camp Victory near Baghdad International Airport. The palace is surrounded by a man-made lake. (Jason Chudy / S&S) 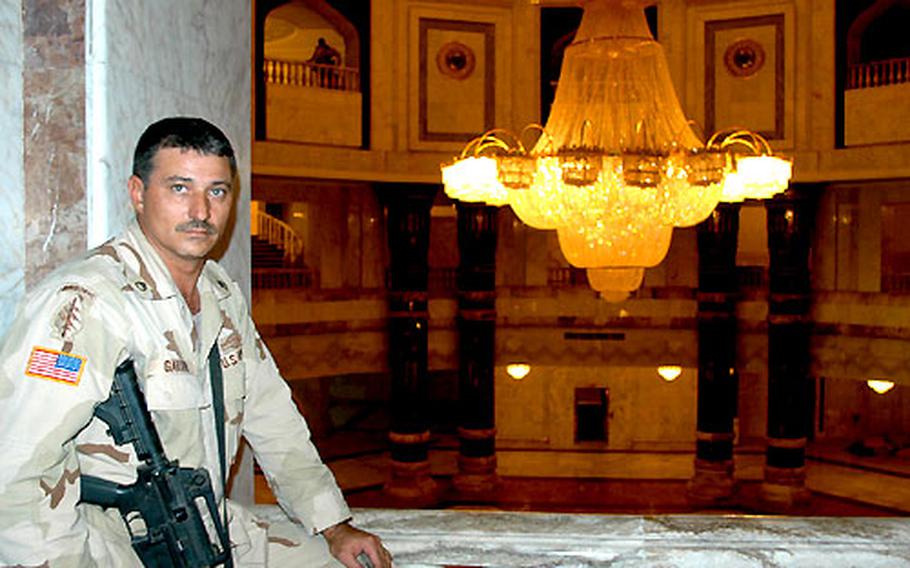 Staff Sgt. Russell Garvin of the 1st Battalion, 152nd Infantry of the Indiana National Guard leans against the second-floor railing in the Al Faw palace at Camp Victory, Iraq, near Baghdad International Airport. Garvin is the palace’s full-time caretaker, doing everything from playing tour guide to Teamster. (Jason Chudy / S&S) 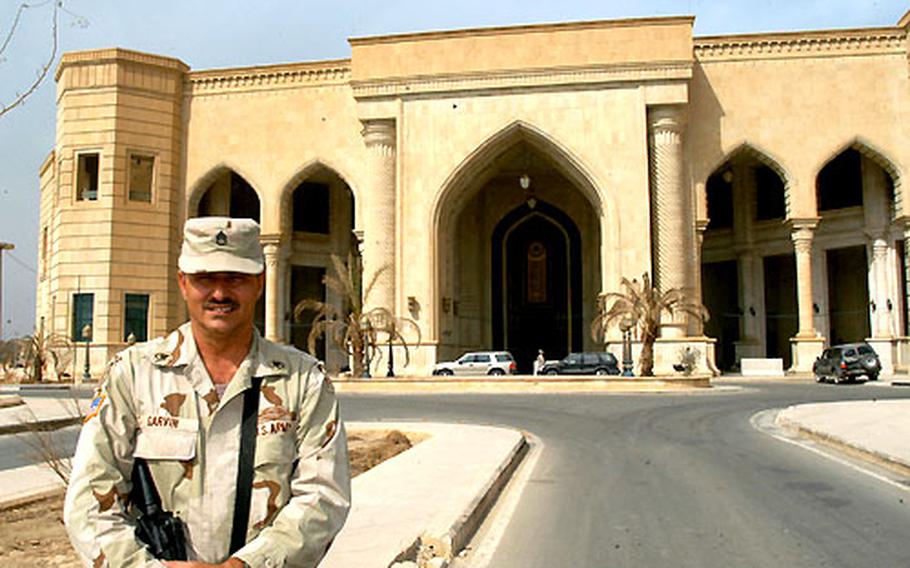 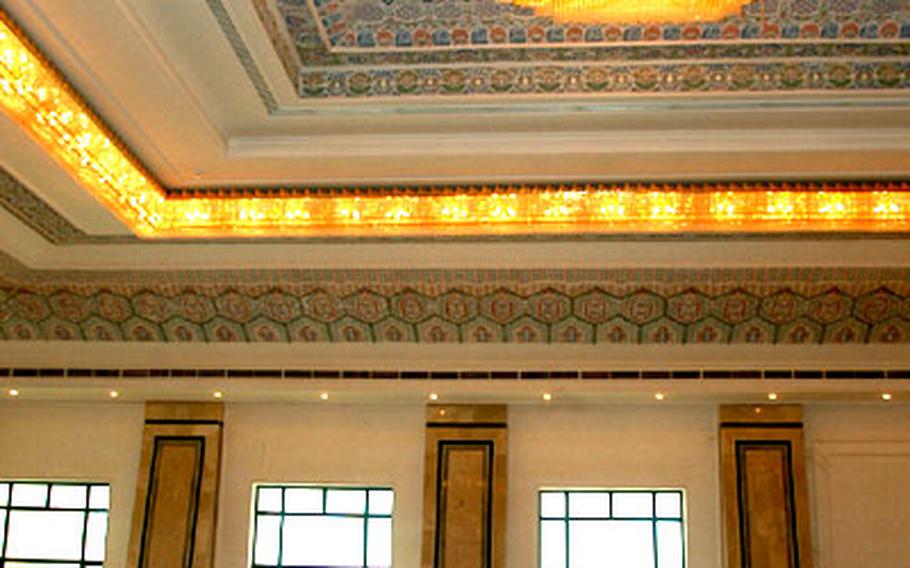 Staff Sgt. Russell Garvin has a home fit for a king, or at least a deposed dictator.

Instead of living like a king, however, Garvin, a member of the 1st Battalion, 152nd Infantry of the Indiana National Guard, is responsible for ensuring that Saddam Hussein&#8217;s former Al Faw Palace on Camp Victory stays in good repair and keeps its presidential charm.

&#8220;People use the facility for special events, the conference room and for the pool,&#8221; he said of the palace&#8217;s new role as the unofficial Camp Victory convention center.

Military units use most of the marble-clad facility, which is just outside Baghdad International Airport. An Australian army unit has one side of the palace&#8217;s ground level and U.S. Army legal officials have part of the second floor. A few soldiers also call the palace home, as is evident from the BDUs drying from a clothesline on a second-floor balcony.

Garvin plays a wide range of roles, from tour guide to project coordinator, as he walks through the hallways. He halts his explanation of some of the palace&#8217;s features to speak with an Army first sergeant who approaches him for some needed electrical work in his office.

Walking into one of the massive bedrooms, Garvin checks in on an Iraqi cleaning crew that comes to the palace twice a week.

Garvin has been in charge of overseeing the palace&#8217;s maintenance for just over a week and will run it for a few months. It&#8217;s a temporary gig, but one that came as a surprise.

He took over the role from his sergeant major, who&#8217;s attending school for a few months.

Garvin has moved into the 62-room palace, albeit into one of the facility&#8217;s main-floor bathrooms. But that&#8217;s not as bad as it might seem, since the two-room bathroom is larger than many motel rooms and has enough space for a full-sized bed and all his gear.

He spends most of his days, and all of his nights, at the palace, where he has also become the de facto palace security guard.

Visitors, whether Iraqi or American, sometimes want souvenirs from the palace.

What Garvin knows, but many people don&#8217;t, is that what appear to be gold-plated faucets and dozens of crystal chandeliers really aren&#8217;t.

Despite knowing the palace&#8217;s secrets, Garvin is still awed by the place.

So far, none of the palace&#8217;s former residents have come back to explain why.