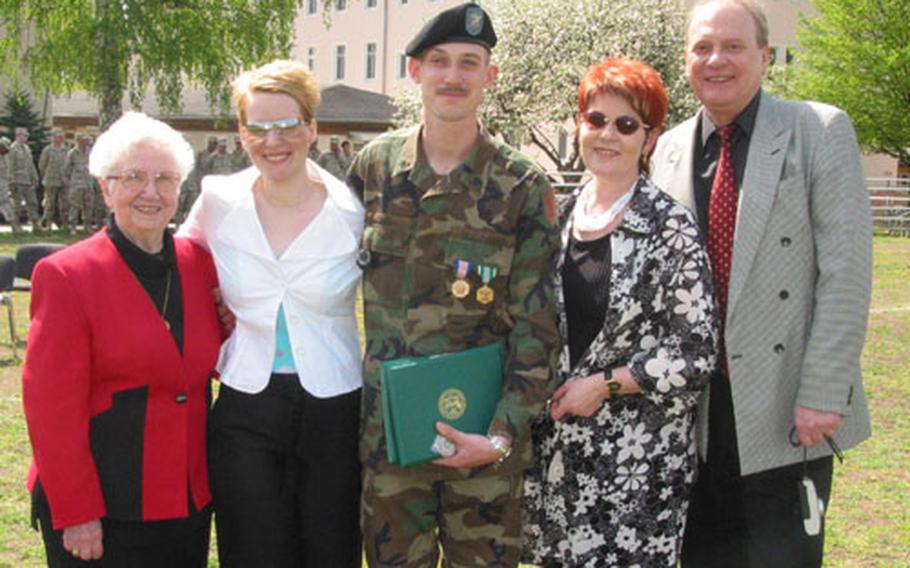 Sgt. Matthew Sims was driving to W&#252;rzburg on B22 when he saw two vehicles collide head-on. Both vehicles were traveling about 60 mph.

A person was ejected from one of the vehicles and died at the scene, but Sims assessed the condition of the three other passengers of that vehicle. All were conscious and stable.

Sims then pulled an elderly couple from the other vehicle, which had caught fire. The male driver was unconscious but breathing. His wife was not breathing and had no pulse.

Sims performed cardiopulmonary resuscitation until a German ambulance crew arrived, and the woman was revived.

The Soldier&#8217;s Medal is awarded to a person who distinguishes himself by heroism not involving conflict with an enemy. The act must have involved personal danger and the voluntary risk of life, according to Army Regulation 600-8-22, Military Awards.