GI Bill would be simplified under House, Senate proposals 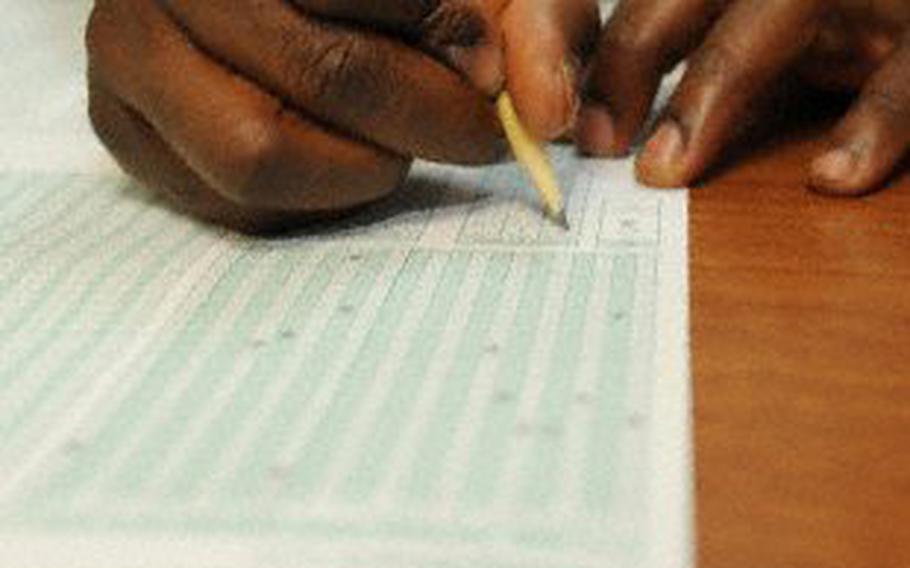 WASHINGTON &mdash; Sweeping changes to GI Bill benefits could give troops more money for private college tuition, easier access to on-the-job training and simpler rules for how most of the program is administered.

But that&rsquo;s only if lawmakers find time to address flaws in the education benefits in their already cramped remaining legislative session.

On Thursday, Sen. Daniel Akaka, D-Hawaii, outlined a host of proposed changes to GI Bill benefits in legislation that closely matched proposals introduced last week by Rep. Walt Minnick, D-Idaho. Both overhauls have the backing of major veterans service organizations, who called the move the next step in making the benefit fair for all servicemembers.

Two years ago, Congress passed a major overhaul of the GI Bill, offering full college tuition at state schools to anyone who served at least three years on active duty after September 2001.

The move represented a tremendous financial upgrade for most veterans &mdash; from a few hundred dollars a month to free tuition plus room and board &mdash; and has been hailed by the White House as one of the most important changes in military benefits in decades.

But Tim Embree, legislative associate at Iraq and Afghanistan Veterans of America, said the benefits were so complex they frustrated many veterans.

&ldquo;The biggest complaint we heard was how complicated it was to figure it all out, and that did affect some veterans&rsquo; decisions whether or not to enroll last year,&rdquo; he said.

For example, tuition payouts for those at private colleges are based on the most expensive state schools where veterans live. So veterans from Michigan attending private universities receive nearly $28,000 a year in tuition reimbursement, while veterans at the same school who live in Missouri receive only about $7,500 annually.

Under both bills, all veterans eligible for the GI Bill would receive $20,000 a year for tuition at private colleges or out-of-state public universities. A four-year degree program at any public college in a veterans&rsquo; home state would be covered in full, regardless of the total.

All full-time student veterans except those taking online courses currently receive a living stipend based on military housing rates for the area where their college is located. Both the House and Senate bills would grant students taking courses online some of the housing money, which can be several thousand dollars a month. The living stipend would not change for students studying on campus.

The legislation would also ease rules regarding guardsmen and reservists, giving them active-duty credit for time mobilized for state emergencies and natural disasters. The number of veterans eligible for the $1,000 book stipend would also be expanded. And vocational training and apprenticeships programs, which had remained under the old GI Bill rules, will now be moved into the new GI Bill policies, in many cases offering more reimbursement for training expenses than in the past.

&ldquo;Basically, the goal with this is to make it simpler and make it fairer for everyone,&rdquo; Minnick said in an interview last week. &ldquo;[The GI Bill overhaul] was a great piece of legislation, but there were some holes. So we&rsquo;re trying to straighten that out.&rdquo;

Both Minnick and Akaka are hopeful that the measure can be adopted in September &mdash; &ldquo;This isn&rsquo;t a partisan issue, and I expect a lot of support,&rdquo; Minnick said &mdash; but the bills join a crowded legislative schedule for the rest of the year.

The Senate started its August break this week, and the House will return only briefly this month to handle other budget issues. Both chambers will meet for a few weeks in September before breaking again in advance of the November elections. December legislative sessions are typically quick and full of leftover budget bills, not ambitious new legislation.

The House Veterans Affairs Committee has already scheduled a GI Bill hearing for mid-September. The Senate Veterans Committee, chaired by Akaka, approved his version of the GI Bill changes on Thursday.