GI Bill expansion moves to Senate floor for a vote 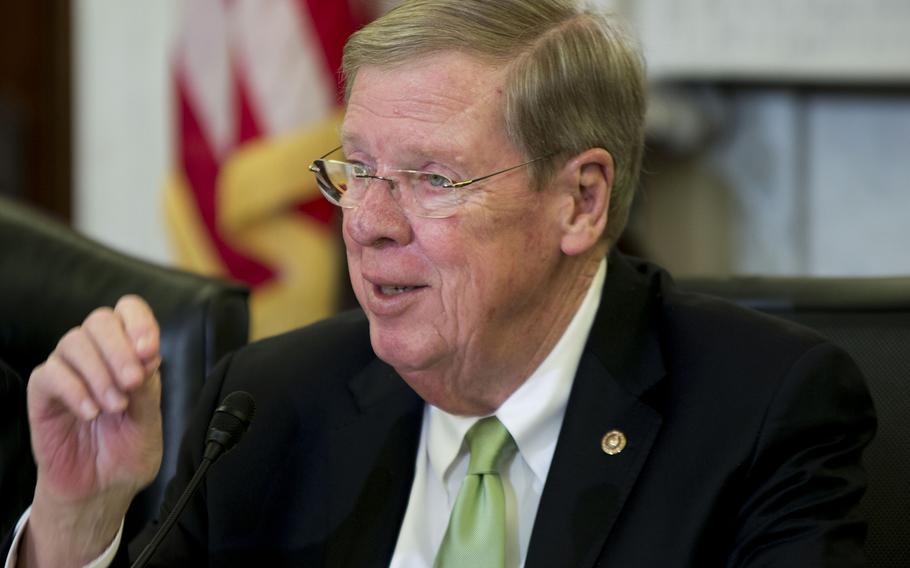 Committee members stepped off the Senate floor for a fast vote Wednesday morning. Sen. Johnny Isakson, R-Ga., chairman of the committee, urged the Senate to put it on the schedule soon for a vote by the full chamber.

“This bill is a testament to what’s possible when Republicans and Democrats work together,” Sen. Jon Tester, D-Mont., the ranking Democrat on the committee, said in a prepared statement.

The vote came just two days after the House passed an identical bill. If it passes the Senate, it will be sent to President Donald Trump to sign into law.

The legislation boosts aid for dependents, Purple Heart recipients, technical education and members of the National Guard and Reserve. It restores benefits to veterans whose schools abruptly close and fixes a Pentagon deployment authorization that has kept about 5,000 reservists and guardsmen from accumulating education benefits.

It’s being dubbed the “Forever GI Bill” by advocates because it eliminates the 15-year limit for veterans to use their education benefits after leaving military service. Originally, the change would have applied only to servicemembers who were discharged after the expanded GI Bill takes effect, which is expected to be Jan. 1, 2018. But an amendment added to the House and Senate versions also eliminates the 15-year deadline for veterans whose last discharge or release from active duty came in the last five years, on or after Jan. 1, 2018. The deadline will still apply for veterans who were discharged before Jan. 1, 2013.

Altogether, it combines 18 bills and is expected to increase GI Bill costs by $3 billion in 10 years. To offset costs, the legislation calls for reducing the annual growth of GI Bill recipients’ living stipends to fall in line with active-duty servicemembers' basic housing allowance. The decrease would not apply to people now using the GI Bill.

The GI Bill expansion was introduced in the House on July 13 and was the subject of a committee hearing July 17. The House Veterans’ Affairs Committee unanimously decided July 19 to send it to the House floor, where it passed Monday with a vote of 405-0.

Negotiations on the bill were sparked by a group of veterans organizations, led by Student Veterans of America, with a plan to have it passed before Congress leaves for August recess.

“The veterans who will be helped by this bill have waited too long for restoration of their benefits,” John Rowan, president of Vietnam Veterans of America, said in a statement. "The Senate must move to quickly pass the Forever GI Bill and get it to the president's desk before they go home on August recess."

Senate Majority Leader Mitch McConnell, R-Ky., announced earlier this month that the Senate’s recess would be delayed to mid-August.