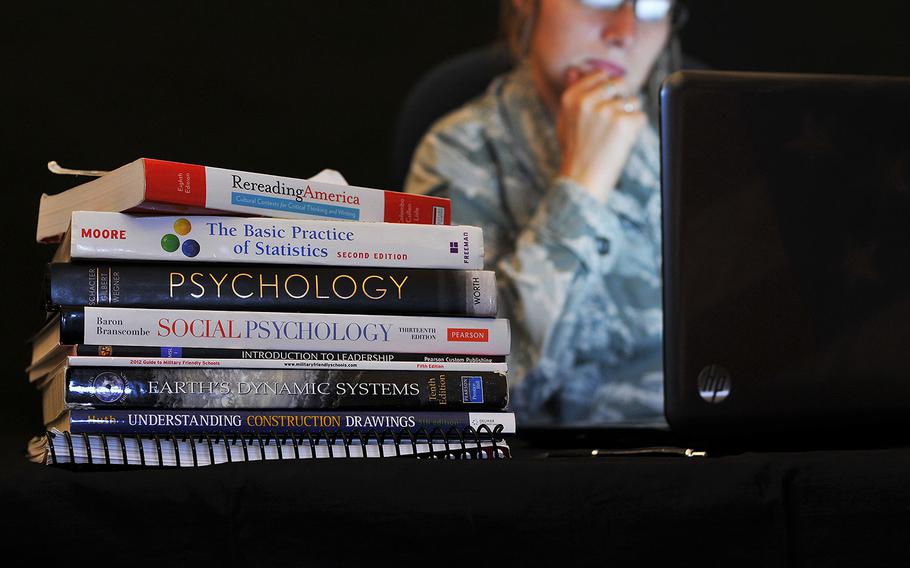 WASHINGTON — One week after a sweeping expansion of veterans’ education benefits was introduced in the House and fast-tracked to a vote, an identical bill was introduced Thursday in the Senate.

The legislation eliminates the 15-year limit afforded veterans to use their education benefits after leaving military service. It also restores benefits to veterans whose schools abruptly close and boosts aid for dependents, Purple Heart recipients, technical education and members of the National Guard and Reserve. The bill also fixes a Pentagon deployment authorization that has kept about 5,000 reservists and guardsmen from accumulating education benefits. Altogether, it combines 18 bills and is expected to increase GI Bill costs by $3 billion in 10 years.

The House Committee on Veterans’ Affairs voted unanimously Wednesday to send the bill to the House floor. House Majority Leader Kevin McCarthy, R-Calif., said he would schedule it for a vote next week, with the aim to pass it before a monthlong August recess.

The Senate Veterans’ Affairs Committee will vote on the legislation Wednesday and won’t consider any amendments, committee staff said. If the committee approves the bill, it would then have to be scheduled for a vote on the Senate floor.

Senators are leaving for their recess two weeks into August, a decision announced by Senate Majority Leader Mitch McConnell on July 11.

Will Hubbard, vice president of government affairs for Student Veterans of America, said the Senate adopting the House’s version of the legislation – instead of drafting their own, with deviations – signaled the potential for quick action on the bill in that chamber and the ability to get it to President Donald Trump to sign into law faster.

“It’s exciting. This scenario being the case indicates that the Senate and the House are now both looking at swift passage,” Hubbard said.

Sen. Johnny Isakson, R-Ga., and Sen. Jon Tester, D-Mont., the chairman and ranking Democrat on the Senate Veterans’ Affairs Committee, are the lead sponsors on the bill, S. 1598. Like in the House, a bipartisan group of lawmakers have signed onto it. As of Thursday afternoon, there were 38 cosponsors.

“We have worked closely with our partners in the veterans community and with our colleagues in the House to ensure this legislation makes the necessary changes to improve the GI Bill and helps veterans succeed in their desired career field,” Isakson said in a prepared statement. “I am proud to introduce this important legislation with Sen. Tester after the House introduced its companion legislation last week.”

During a hearing Monday on the House bill, Department of Veterans Affairs Undersecretary Curtis Coy said the VA was supportive of the legislation but had concerns about updating their automated systems to recognize the eligibility changes for education benefits. Coy said it would likely take one year for the VA to update its information technology.

To offset costs, the legislation calls for decreasing living stipends to GI Bill recipients to fall in line with active-duty servicemembers’ basic housing allowance. The change would not apply to people now using the GI Bill.

The legislation in both chambers is named the “Harry W. Colmery Veterans Educational Assistance Act of 2017,” after a past commander of the American Legion who authored the GI Bill of Rights in 1944.