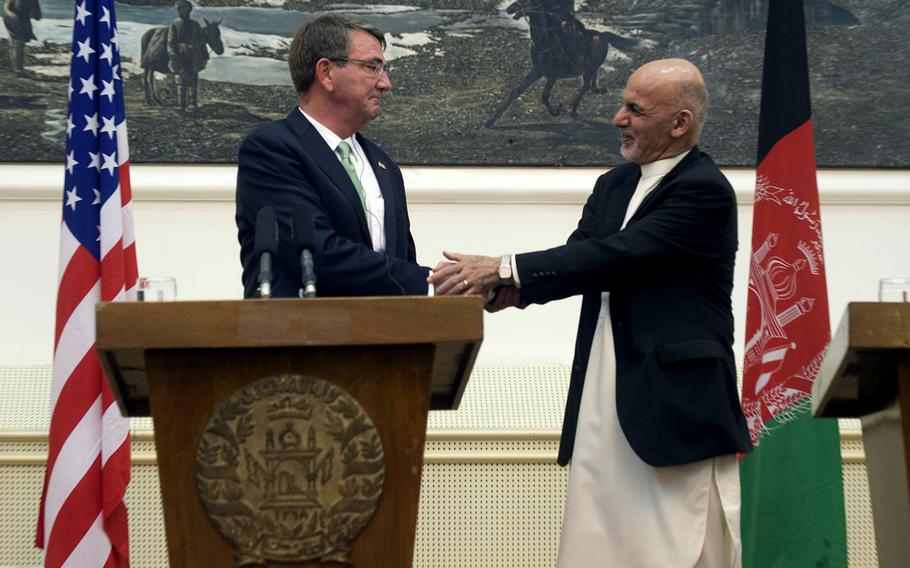 Ghani in March declared Islamic State militants had been defeated in eastern parts of the country, where they controlled several remote districts. But the militants have had a resurgence in recent weeks and fighting has displaced hundreds of people and left dozens dead or wounded.

During a brief visit to Nangarhar province on Friday, Ghani addressed Afghan forces fighting the Islamic State militants, who have struggled to gain a foothold in Afghanistan.

“What relations does Daesh have with us?” Ghani asked, using an Arabic acronym for the group. “Are we sharing forefathers? Tell me what we share together, what dispute do they have with us?”

“I want to announce from this platform that the brave Selab Army Corps will destroy Daesh within a few weeks,” the Afghan Tolonews website quoted Ghani as saying.

“When they were defeated [in March] they went back to their hideouts, they got reorganized, and showed up again,” he said. “They will plan big things for a long time, but as soon as our forces reach them, they will be defeated.”

U.S. airstrikes have supported the Afghans’ counterterrorism operations in the east, as the U.S. said it would be shifting more of its focus to the region.

“Right now in Nangarhar, it is dangerous, and people are living in fear, especially in those Daesh stronghold areas,” Khan said. “Daesh has carried out very cruel atrocities that even the Taliban didn’t do.”