Getting Personal: Wing commander's connections to Lakenheath base run deep 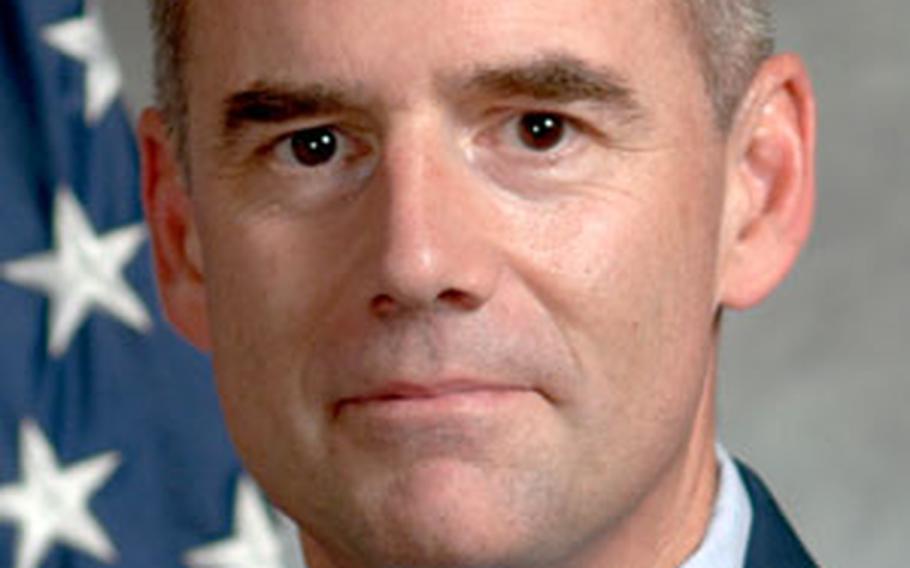 Col. Jay Silveria drives past his high-school alma mater every day &#8212; a nostalgic reminder of the start of his legacy at RAF Lakenheath. His oldest son now attends Lakenheath High and his youngest son will enroll there next year.

Silveria graduated from Lakenheath High in 1981 when his father, a retired master sergeant, was stationed at nearby RAF Feltwell. He never imagined his children would attend the same school. Nor did he expect to return as the 48th Fighter Wing&#8217;s leader.

It&#8217;s been a homecoming of sorts for Silveria, but this isn&#8217;t his first time back to Lakenheath.

After graduating from the Air Force Academy in 1985, Silveria became an F-15 pilot and returned a decade later to fly the base&#8217;s venerable fighter jets. In 2000, he took command of the 492nd Fighter Squadron and was back again in 2006 to serve as the wing&#8217;s vice commander.

Stars and Stripes took a drive around base with Silveria to find out more about his time at Lakenheath over the past three decades and his plans for its future.

What have you been up to these past few months?

I went to North Carolina to Seymour Johnson Air Force Base and got my qualifications back in the F-15E. I fly on a regular basis. And in January, I&#8217;m going to go to a short course so I can start flying with the helicopter guys [the 56th Rescue Squadron at Lakenheath.] &#8230; The commander of fighter wings are always aviators.

How often do you fly?

How did you manage to get assigned to Lakenheath so many times?

How has it changed physically?

&#8230; Just from where we&#8217;re parked here you can see a multimillion-dollar Strike Eagle Complex. I can a see a multimillion-dollar [communications] building right there. I can see an upgraded firehouse. &#8230; The commissary in 1979 was the old shoppette. &#8230; One of the great things about coming back is that I have participated in some of the planning along the way and now I get to see some of it.

Speaking of construction, what is on tap for the next two years while you&#8217;re in charge?

Does your institutional knowledge of the base give you an edge as commander now?

It might give me an advantage, but it comes with two sides. Because if you&#8217;ve been here for a long time you might not see something the way someone sees it for the first time. &#8230; But I have to continue to make myself look at the base and look at what we&#8217;re doing differently because I don&#8217;t have fresh eyes.

What is the most challenging aspect of your job?

In addition to being an operational fighter wing, we have a hospital. ... We have the regional housing office. We have the schools. So we have all of this other infrastructure and support that you don&#8217;t have at a lot of other bases. &#8230; Yesterday I flew an F-15E sortie and then today I&#8217;m in the hospital observing a surgery and tomorrow I might be talking with the civil engineers about construction and how it&#8217;s going in the housing office. So that&#8217;s what&#8217;s unique about being a wing commander here at Lakenheath. The challenge is that breadth.

So, just for fun, is there something about you people might not know?