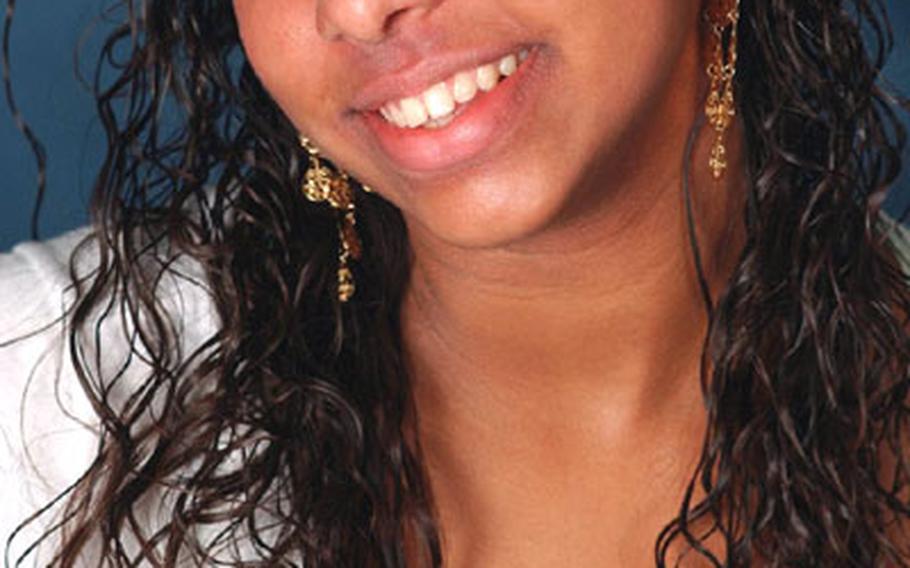 Samantha Lamont, a senior at Lakenheath High School, recently reaped the benefits of her hard work.

This month, the 18-year-old outlasted 10 other nominees to become U.S. Air Forces in Europe Youth of the Year and received a $3,000 scholarship. Her success in this competition was mainly due to her gold Congressional award, she said.

In two years, Lamont racked up about 1,600 hours of community service, personal development, physical fitness and exploration to earn the gold award, part of the Congressional Award Program that offers young people the opportunity to set a personal goal and achieve it.

She will accept the award at the U.S. Capitol in Washington on June 21.

How do you feel about being recognized as the USAFE Youth of the Year?

No, but I did get a nice big check. [laughing]

Was it hard to cash this big check at the bank?

They actually gave me a smaller check, so I left the big one at home.

What are you planning to get a degree in?

Are there any other competitions that you can compete in next year?

Is there a competition for, like, the 19-year-old of the year?