Getting Personal: The barber of Mildenhall 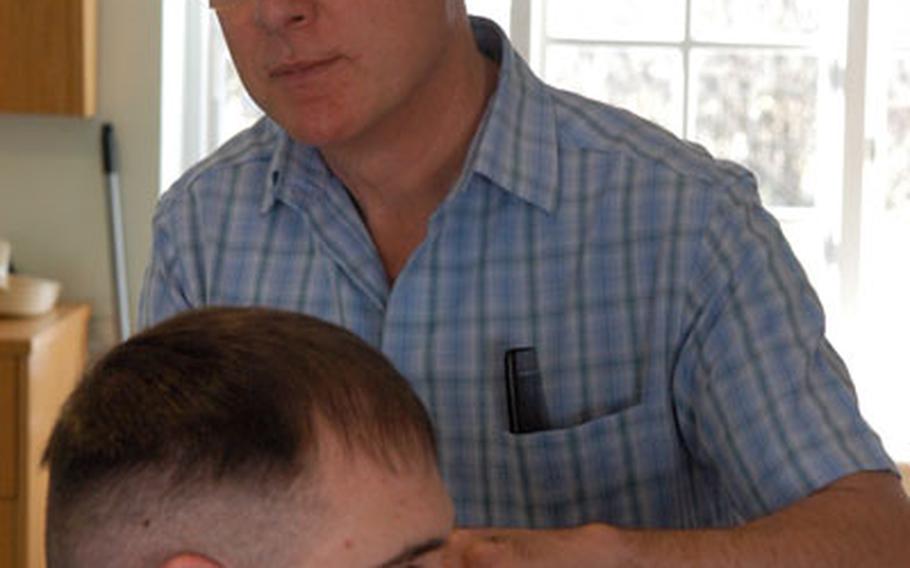 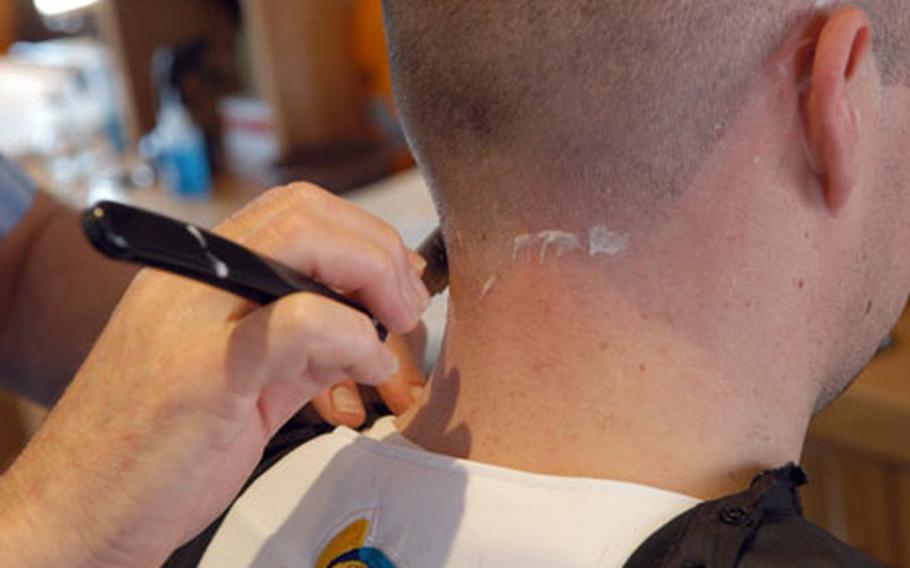 Operating his small barber shop and beauty salon right outside of RAF Mildenhall, Snazell is an old hand at giving a good and quick haircut. Plus, he&#8217;ll clean up a guy&#8217;s neck and hairline old-school style, with a cutthroat razor.

The owner of the Cuts R Us location is converting the area to housing, so Snazell, his wife and other staff will be moving down the road in the coming months.

So how long have you owned and operated Cuts R Us?

Twelve years. Before that it was on Mildenhall base, and I was at Lakenheath base since 1966.

Do you have a mixed clientele, both Yanks and Brits?

Yup, we do. Usually the majority of them are Americans. But after 9/11, when the gate moved down the runway, we lost about a quarter of our trade.

What&#8217;s the hardest thing about cutting hair that people might not know?

I suppose there&#8217;s nothing hard, really (laughs). The hardest thing is customers&#8217; attitudes. Luckily we seem to have a good set of attitudes. On base, customers seem to know you work for AAFES (Army and Air Force Exchange Service) and can yell at you. It&#8217;s just hard work, but it doesn&#8217;t bother me at all. I&#8217;m strong, anyway.

Any differences between cutting Yank and Brit hair?

Any nightmare haircut scenarios in your past?

Once another hairdresser cut somebody&#8217;s ear, and we had a hard job stopping the bleeding.