Getting Personal: Teacher’s pet project is gathering toys to send to young Iraqis 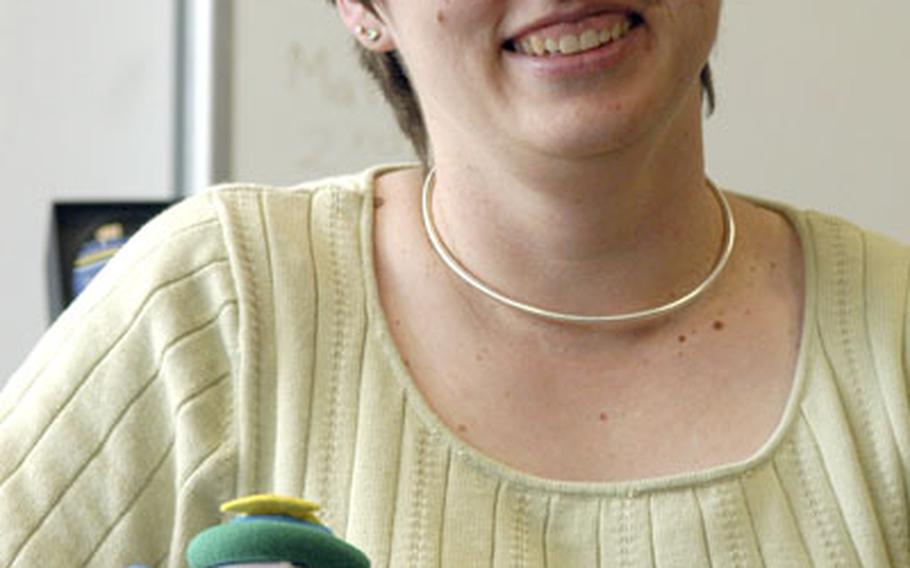 Laura Pforts, a teacher at Lakenheath Elementary School, is spearheading the school’s effort to take part in a stuffed animal drive being run by the National Honor Society at Lakenheath High. (Geoff Ziezulewicz / S&S)

It doesn&#8217;t have to end that way. Laura Pforts, a teacher at Lakenheath Elementary School, is spearheading the school&#8217;s effort to take part in a stuffed animal drive being run by the National Honor Society at Lakenheath High.

The idea is to gather up stuffed animals in good condition and send them to American soldiers in Iraq, who will in turn be able to hand them out to Iraqi children. It&#8217;s generous, it&#8217;s efficient, and it will hopefully bring a tiny slice of cuddly softness to Iraqi kids who have seen too much during their young lives.

So you&#8217;re just one cog in this stuffed animal machine, huh?

I was contacted by a National Honor Society member. They were looking for contacts for about as many schools as we can get. We started out small and we&#8217;re going to try and wrap it up in the next couple weeks, bag them up and send them downrange. As soldiers encounter local children, they&#8217;ll give them a toy to take with them.

You teach second and third grade here. When I was a young&#8217;un, I was loathe to give up my toys. How have your kids been?

How many have your kids brought in so far?

What&#8217;s the criteria for donation? I&#8217;m guessing you don&#8217;t want some scraggly, one-eyed bear that a kid has repeatedly thrown out the window of a moving car, forcing Mom or Dad to go retrieve it.

Have you had to turn any donations away?

Remember that Beanie Baby craze in the &#8217;90s? I worked at a store that sold them. Collectors would turn feral when we got a new shipment.

Oh, yes. We have lots of them at the house.

I&#8217;m a largish man, age 27 years. And yet, I own every Beanie Baby in existence. My personal favorite is the one that memorialized the death of Princess Di. I sleep with them surrounding me in my bed, and I wake up if even one falls to the floor. Is that weird?