Getting Personal: Sutton sees way ahead 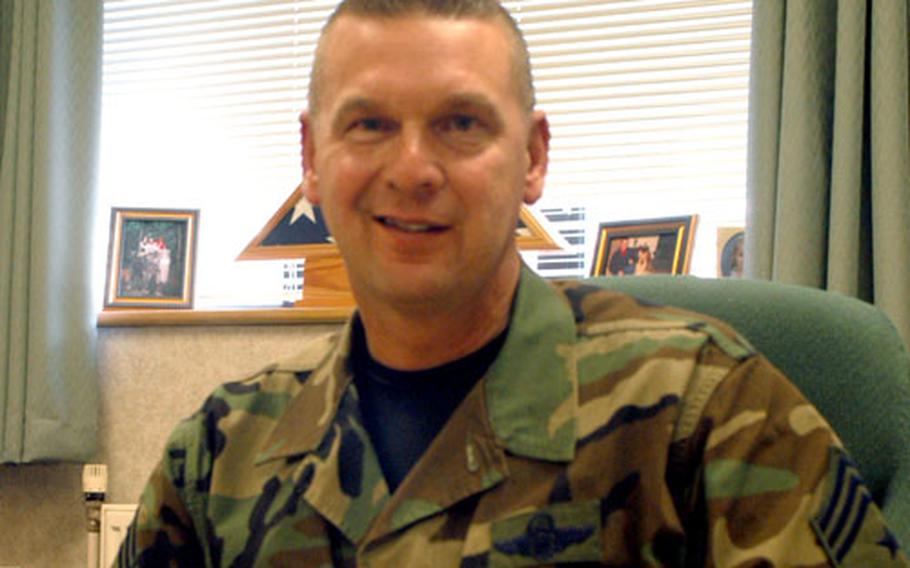 RAF Lakenheath Command Chief Master Sgt. Jerry Sutton is serving his second stint as top enlisted airman at an Air Force base. Sutton transferring to the 48th Fighter Wing after two years helping to lead Osan Air Base in South Korea. The 44-year-old Macon, Ga., native started his career parking tractor-trailers in Ohio and has since traveled the world advancing through the ranks to his current position. Sutton recently marked his one-year anniversary at the Liberty Wing.

What has been the most interesting job you&#8217;ve held in the Air Force?

I truly enjoyed working as the director of education at the enlisted professional military education center at Maxwell Gunner Air Force Base. We were really shaping our force through education.

What has being a teacher taught you?

When past students come up to you and say &#8220;I remember that snippet or story that you told, and it really stuck with me.&#8221; You realize you can really make a difference in people&#8217;s lives, and that&#8217;s very humbling.

Force shaping is obviously a big topic in the Air Force today. What do you tell enlisted airmen worried about their job security?

Absolutely there is a place for you in our Air Force. There will be very few if any people in the enlisted corps who will be forced out. Instead, we will retrain them into the AFSC (Air Force Specialty Code) to fit the future needs of the Air Force.

Twenty-two years from now, when an airman basic who enlisted yesterday is sitting in your seat, what will the U.S. Air Force look like?

I wouldn&#8217;t be surprised to see UAVs (unmanned aerial vehicles) flying our airmen around the globe. But don&#8217;t tell the pilots that. The bigger question will be if 300 airmen are willing to jump on a plane without a pilot. That will be the greater challenge. And 22 years from now, we will still be working hard to maintain good relations with the local community.