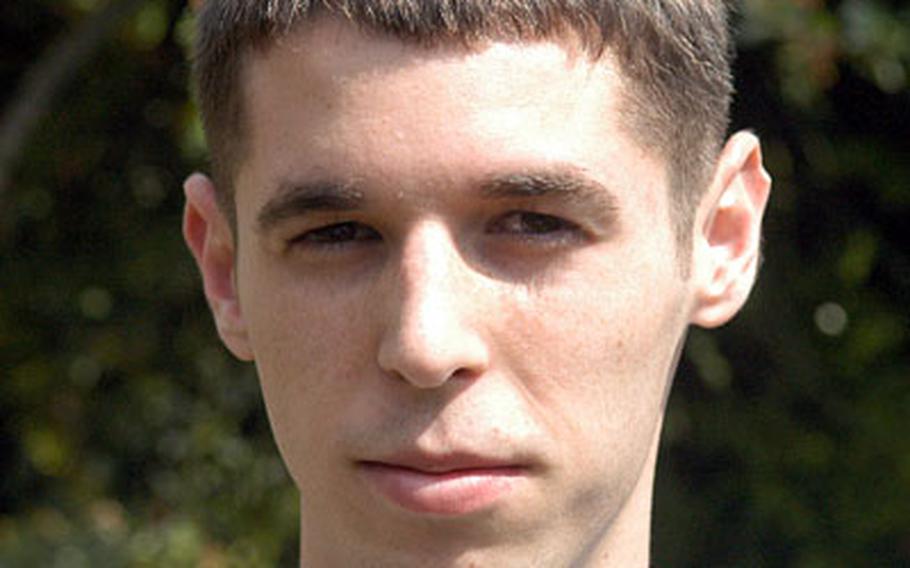 How did you come about this job? I went to my recruiter and told her what I wanted. There was a waiting list and I told them I&#8217;d wait, because I didn&#8217;t want open-general, where they can give you anything.

Would you like to keep on refueling? For now, yeah.

How often are you all refueling other aircraft? Right now, all the booms are flying four to five times a week. It&#8217;s a high tempo. Sometimes within 24 hours, they&#8217;ll call and say we need this mission to do the next day, and we do it.

How exactly do you refuel a plane midflight? You go to the back and lie down. I have two controls. One flies the boom, and one extends the boom. I fly the boom out, then extend it to plug it in. There&#8217;s definitely a lot of depth perception involved. You go through a rigorous physical before being a flyer. You&#8217;ve gotta have great depth perception. It&#8217;s between 35 and 50 feet [between planes]. They have to make sure they&#8217;re flying at a certain altitude, and they have to fly perfectly while they&#8217;re behind us.

Is it hard? Sometimes when we&#8217;re going and carrying cargo, passengers and refueling at the same time, it can get pretty hectic.

Does anyone ever miss and spew jet fuel all over the other plane? Typically people just out of tech school are still going through training. It really depends.

Any horror stories yourself? Oh, no, no.