Getting Personal: School’s top youth wants to see other teens join in 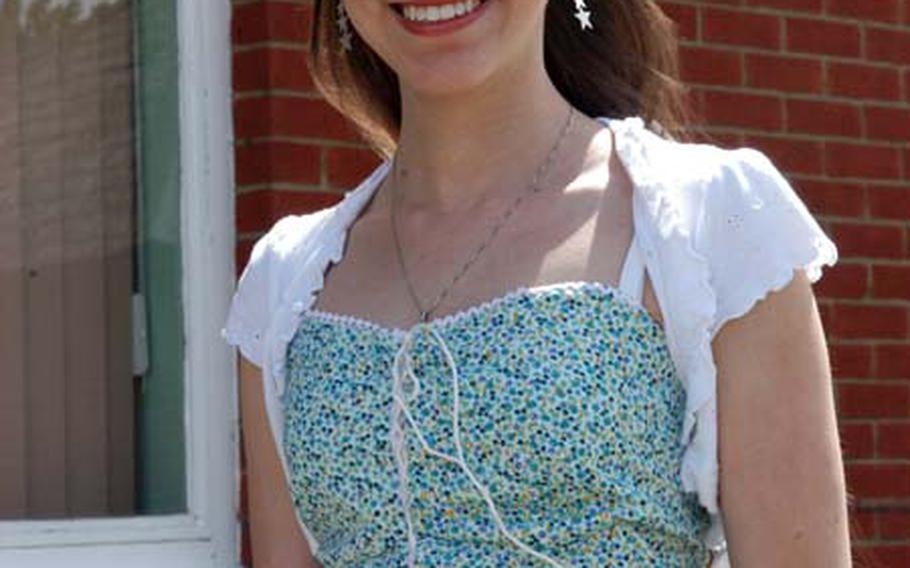 Kellie Schreiber earned $2,000 toward her college education by winning the Youth of the Year award for Lakenheath. The 17-year-old upcoming senior at Lakenheath High School placed second overall for the U.S. Air Forces in Europe award. (Geoff Ziezulewicz / S&S)

Kellie Schreiber just wants teens to get involved. She happens to be one of them, too. This 17-year-old senior-to-be at Lakenheath High School was the recent winner of the Youth of the Year award for Lakenheath.

Done in conjunction with the Boys and Girls Club of America, the award program begins with each base&#8217;s youth program selecting a nominee.

Congrats, Kellie! What did you have to do to be considered for this award?

I read through the information and did the essays and the paperwork. And &#8230; basically they grade you on &#8230; moral character, leadership skills, how you are with your family and pretty much your character.

What did you think when you found out you had cinched it?

When they told me they were giving me the award, I was speechless. I was like, "what?"

After that, you placed second in USAFE (U.S. Air Forces in Europe) overall. Any thoughts on that?

I was like, hey, if I got in the top three that&#8217;s an honor as is. Getting second, I wasn&#8217;t expecting that either. I was pretty happy about that, and I can work more next year on what I need to do.

So you are, in fact, gunning for that top USAFE spot?

You&#8217;re heavily involved with student council and a variety of other extracurricular activities. Is it ever hard to balance it all?

Sometimes I feel like falling flat on my face, like, everything just go away! But then again, my life would be really boring, because when the clubs end I&#8217;m always like, "OK, what do I do now?" Everybody needs to get involved in something. It builds leadership skills, it builds character and it helps you find who you are and what you want in life. There are so many opportunities and I try to get all my friends involved.