Getting Personal: Political present and future 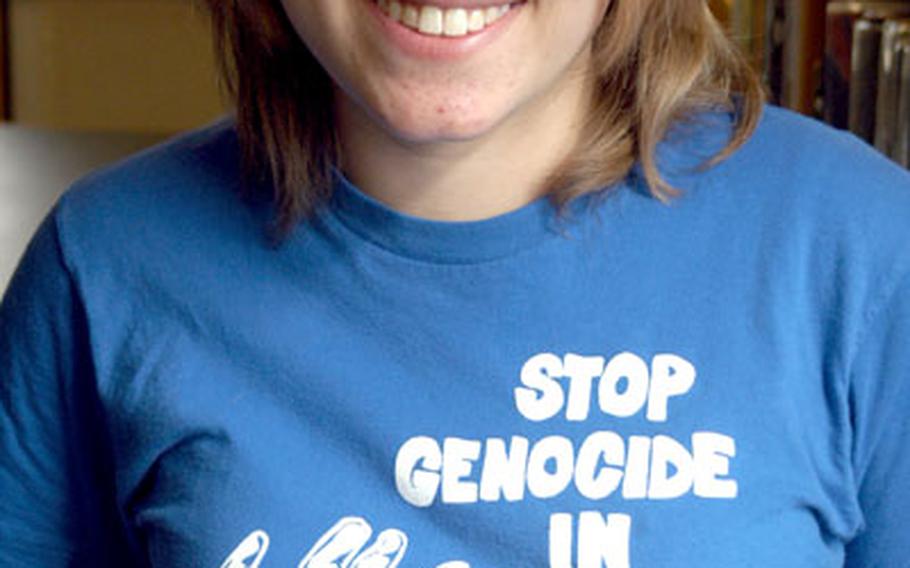 Lakenheath High School senior Celia Silverstein already was politically active by the time she wrote and recorded an audio essay for the Veterans of Foreign Wars&#8217; &#8220;Voice of Democracy&#8221; scholarship program last November.

Along with participation in the Model United Nations group that traveled to Russia, she also helped found the Lakenheath Environmental and Humanitarian Organization last year and says she might study politics and international relations in college. Writing on the theme &#8220;Freedom&#8217;s Challenge,&#8221; Silverstein won the Europe district of the VFW essay contest, and earlier this month traveled to Washington, D.C., for a tour of the capital with other state and regional winners from around the U.S.

Having been to the capital, maybe you can enlighten us: How does the government work?

Yup, the whole thing. Lay it all out.

I didn&#8217;t actually get to meet him, but I met [first lady] Laura Bush. She stepped in for a photo op and kind of took a picture with us and kind of sat there and she spoke to us for like a minute. We went to the White House, we saw his dogs, they were cute.

And Laura, how was she?

She seemed nice. She was shorter than I remember, but I don&#8217;t really see her very often out and about.

Tell us a little bit about your inspiration for the essay. What was it that made you want to make the statement you did?

Well, I think if I remember correctly, that was right about the time of the Military Commissions Act, which pretty much let them lock people up in Guantanamo Bay and stuff, and that kind of made me angry, so I went on a slight rant and tweaked it a little. It gave me ideas &#8212; we&#8217;re taking away our own liberties, which is kind of what the terrorists want.

Did you feed those rabid squirrels on the Mall while you were there?

Oh! Actually, they did feed the squirrels, right next to the Lincoln Memorial.

Is it hard to arrange a social about genocide?

Congresswoman, yeah, that&#8217;d be cool. That or working at an embassy would be cool.