Getting Personal: On the lighter side ... 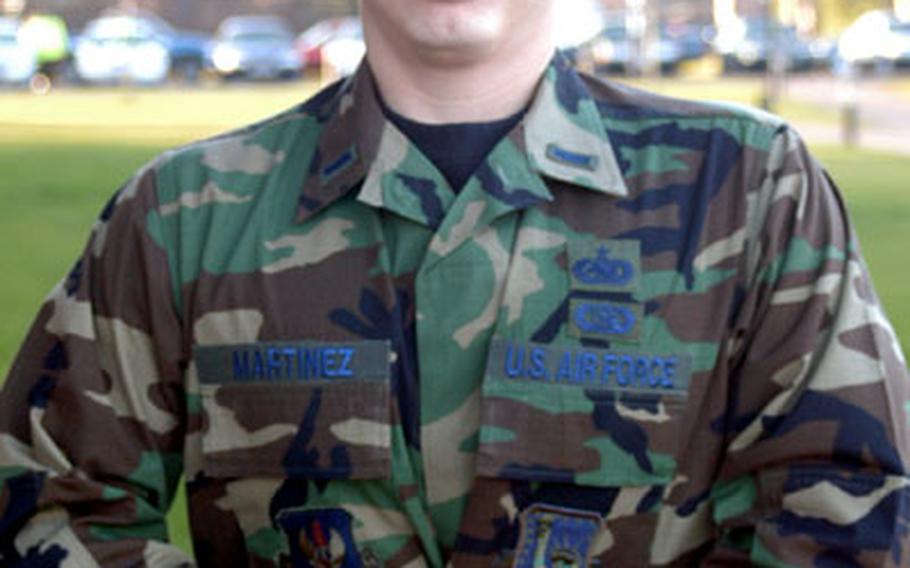 First Lt. Oscar Martinez, of the 48th Maintenance Group, shows off his smaller size after losing 36 pounds. He’s no Richard Simmons, but Martinez does offer this advice for losing weight: Be persistent. (Ben Murray / S&S)

Pretty much; 10&#189; inches is almost a foot. &#8230; Seeing the inches coming down the way that I wanted to seemed like I was putting more effort into losing more fat instead of the water weight in my body.

So, whose pants are you wearing?

Talk to us about your diet. What did you change?

Well, first of all, I was eating a lot, and I mean a lot throughout the whole day. I&#8217;m not saying a lot in one special meal, but I was eating throughout the whole day, pretty much every couple of hours. I started eating breakfast. I was drinking just about a gallon of water a day. I have tried so many different diets before: the Atkins, protein only, South Beach diet. &#8230; The bottom line is that you have to have discipline in a diet and continue that diet for a long, long time.

You didn&#8217;t have to stoop to eating, like, carrots and old newspaper?

Do you find yourself missing any of your body?

No, nothing like that. For me it&#8217;s really weird waking up in the morning and feeling really light. Before I could kind of feel the weight in my body, and it kind of caused a lot of pain. My knees were hurting for the longest time even though I was doing exercises. But I think the most important thing was my heart rate. &#8230; I was running five miles an hour on the treadmill and I was reaching my max rate within the first 30 seconds.

Is there anything you find yourself doing now that you weren&#8217;t doing before, like pole vaulting or hurdles?

What kind of tips would you give to someone who&#8217;s trying to lose a lot of weight?

You have to be persistent. Do not give up. A lot of people do not see an improvement for the first few weeks, maybe the first month, but your body is pretty much making some changes.