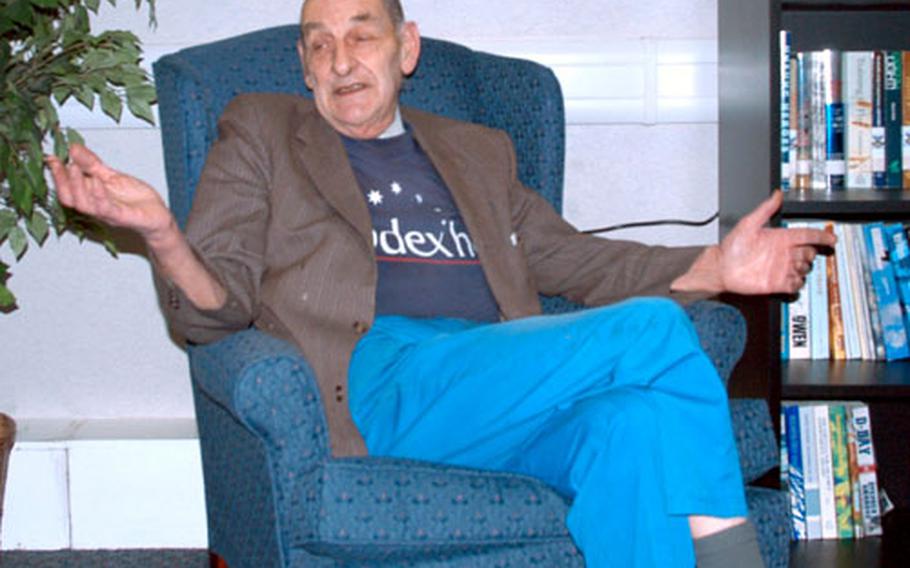 If you’d like to catch Douglas Haynes’ rendition of “Moon River” or “Killing Me Softly,” look for him at the Bird in Hand. Haynes has spend the past 50 years working with the U.S. Air Force. (Bryan Mitchell / S&S)

Douglas Haynes, 74, recently was given a commemorative coin from the 100th Mission Support Squadron in appreciation of 50 years of work with the U.S. Air Force. Behind the more than five decades of toil is a man who loves to have a good time at the karaoke bar.

What do you do now?

I work as a cleaner [at RAF Mildenhall], taking out the trash and tending to the toilets.

In the past 50 years, have you had many different positions?

I&#8217;ve worked in billeting, for the MOD (Ministry of Defence) and for four different contractors.

So you know this base pretty well?

What is the biggest change in the base over the years?

The [Royal Air Force] actually used to be here.

Working for the MOD at the Gateway Inn.

Why was it the best?

Are you originally from here?

I&#8217;m from London. I moved here during the war because it was getting bad with all the bombings. I moved here in the second World War and I&#8217;ve been here ever since.

What have you learned about Americans during your decades of work at the air bases?

I find that they are polite people to be around and we get along quite well. The majority of them, at least.

How long do you want to keep working?

I like the job. It keeps me active. I am going to keep up as long as my health stays up.

What does Douglas Haynes do for fun?

I go to Bird in Hand and do karaoke. I like to shoot pool and go to football matches.

Did you ever expect to spend 50 years working with Americans?

My friends say they reckon I should be an American because I know so much about the States, but I didn&#8217;t expect to be with them 50 years.