Getting Personal: Mildenhall airman is the man to see for the mail 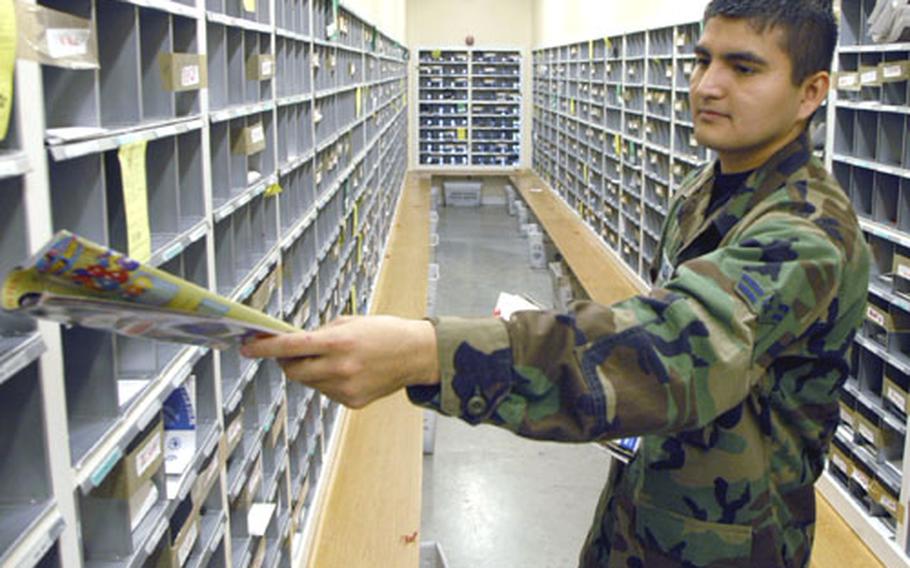 Packages that vibrate or leak a white powdery substance are just two of the things that Airman 1st Class Mario Carranza has seen in his time as a postal clerk at RAF Mildenhall&#8217;s post office. The 21-year-old from Houston became a postal clerk following a stint with a transportation unit three months ago. He now helps sort packages and mail that are delivered to almost 6,000 customers on base.

Will it be a 24-hour operation?

More than likely, the sorting will be 24 ops to keep up with the demand.

How early should people start sending packages to the States so they can be delivered before, let&#8217;s say, Christmas?

Try to send them by the middle of November.

What are the weirdest packages that come through here?

Are we talking about some embarrassing sort of things?

We had one that we had to return back to the sender. It wasn&#8217;t opened, but it started making weird noises, shaking and buzzing. You could tell what was inside the package. [laughing]

What are the dangers that come with the job? Deep paper cuts or maybe a bad back from heavy lifting?

The heavy lifting does hurt my back.

Any big scares from suspect packages since you&#8217;ve been here?

Not really. We had one box that was leaking some powder.

Was it a white powdery substance?

Yes. But it was nothing bad.