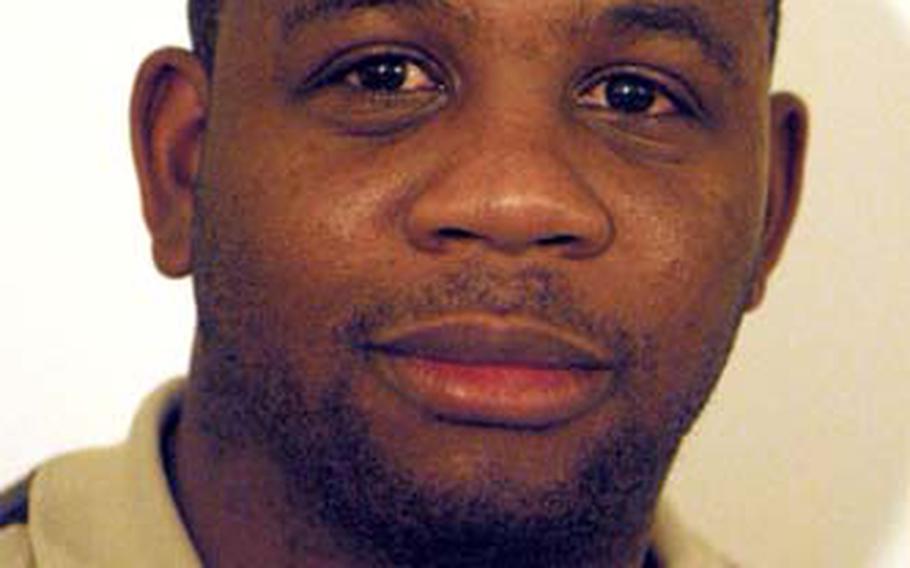 Roderick O. Clarke is a retired Marine and an author. (Geoff Ziezulewicz / S&S)

No one ever said marriage was going to be easy. The ups and downs are as inevitable as car tax. Roderick O. Clarke thinks folks shouldn&#8217;t give up on a troubled marriage so easily, and he&#8217;s laid out his views in a new book, "Loose but Bound: Infidelity in Marriage."

Clarke, a retired Marine whose wife is stationed at RAF Lakenheath, has 11 years of marriage and five kids&#8217; worth of experience in helping him write the book.

Not everyone should stay in every rough marital situation, Clarke readily admits. There&#8217;s not much that can be done in an abusive relationship or when one partner isn&#8217;t committed to making things work. But the happiness and fulfillment of working through those rough patches can help strengthen those matrimonial bonds.

So how did you come up with the idea for the book, and why did you want to write it?

Why do you think divorce is so prevalent these days?

Are there times when it&#8217;s more acceptable to divorce?

So it takes two to tango?

Does today&#8217;s military pace make it harder for people to stay together?

"Yes. Separation does breed infidelity and anxiety during war. The guys are pulled away to fight a war in a country unknown to themselves. The wives are back home struggling to maintain their sanity. And sometimes husbands don&#8217;t come home. Or wives go away and don&#8217;t come home. And when they do come back, it&#8217;s assimilation back into the marriage."

What can couples do to keep their bonds strong through deployment?

"Communication. Keep it going, be honest in your e-mails. The more that person is getting information, the more he or she can make informed decisions."

On another note, who are your three favorite authors?

"Maya Angelou is definitely up there, definitely a good poet and writer. (Alice Walker), who wrote "The Color Purple," definitely. And I love Mark Twain, the way he writes. It&#8217;s a little bit what we&#8217;d call racist, but what he writes coordinates with the times he was living in, and it was honest. That&#8217;s what I like. My writing is honest."