Getting Personal: Lakenheath teacher a student of life 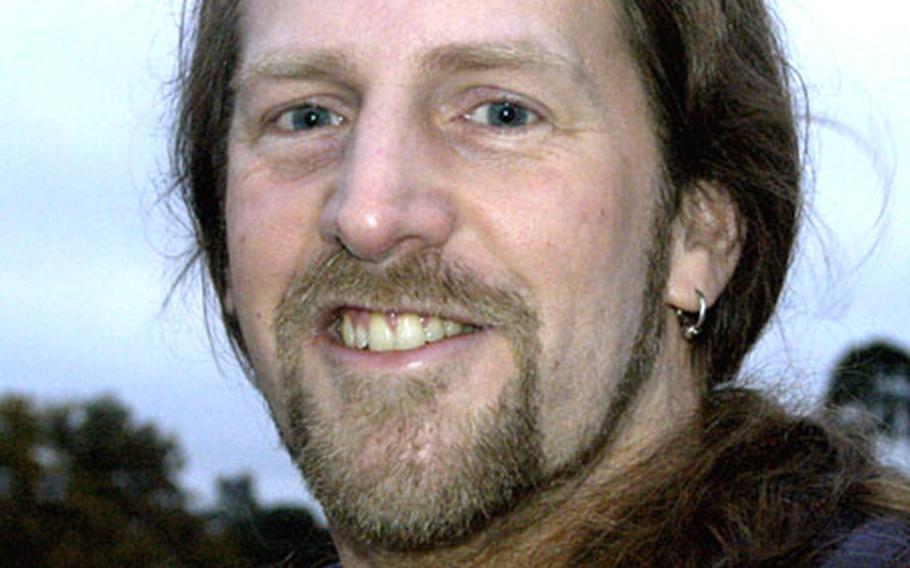 Joel Drouet, who teaches high school at RAF Lakenheath, has volunteered with the Israeli army twice and is working on two books. (Jason Chudy / S&S)

Joel Drouet, 41, of Monroe, La., has been a Department of Defense Dependents Schools high school teacher at RAF Lakenheath for the past 11 years. He also teaches French and Spanish for the University of Maryland and meditation for the base&#8217;s Health and Wellness Center. An avid traveler who speaks four languages &#8212; and a little of one more &#8212; Drouet spent two three-week periods with the Israeli army working on armored personnel carriers.

You&#8217;re from Louisiana and ended up working with the Israeli army? What was your childhood like?

I&#8217;m from a French background. I was characterized as a Jewish Crocodile Dundee. I grew up in the bayous &#8230; swimming with alligators. I was a little Jewish boy at a Catholic school in Protestant northern Louisiana.

Did you go from northern Louisiana straight to the Israeli army or did you go to college?

When I was 17, I moved to Arizona. I wanted to explore Arizona &#8230; especially the Navajo territory. They&#8217;re very proud of their heritage and costumes, and I wanted to see that. It took 10 years to get through college because I&#8217;d go somewhere, stop there and then it would take me a while to get back.

So, when did you find time to go with the Israeli army? And why?

It was my Israeli connection. Being Jewish, I wanted to go to the homeland, but I didn&#8217;t want to be a tourist. I volunteered with the Israeli army. I thought it was a great way to see the country. I&#8217;ve done a couple of three-week stints.

[It was with] Sar&#8217;el, volunteers for Israel. Anybody can do it. You live in a barracks, wear a uniform and work with Israeli reservists and soldiers. You&#8217;re basically in the Israeli army, but just not in combat. You&#8217;re in a regular uniform, working with heavy tools and machinery; you&#8217;re sweating, covered in oil and grease; and you end up with cuts up and down your arms. It&#8217;s so much fun.

So much fun that you did it more than once?

The first time was in 1999. The second time was in 2000. I used the weekends to backpack around the country and hike. I swam in the Dead Sea &#8230; and biked around the Sea of Galilee.

How do you plan to keep yourself busy if you&#8217;re not off spending summers with the army?

One [is] on human emotions, and one is a sci-fi novel.

The human emotions book I&#8217;m working on is part of my process to explore my own beliefs and observations on what drives us or motivates us. Sci-fi? Because it&#8217;s just fun.

Did you grow up with science fiction?

I worked in a grocery store for 11 years while in high school and college. I did everything in the store from bagger to assistant manager, working all different shifts. Everything I learned about psychology, sociology and human folly, I picked up in that store. Everyone has to eat, so you get the whole world literally in your grocery store.