Getting personal: King of the road safety 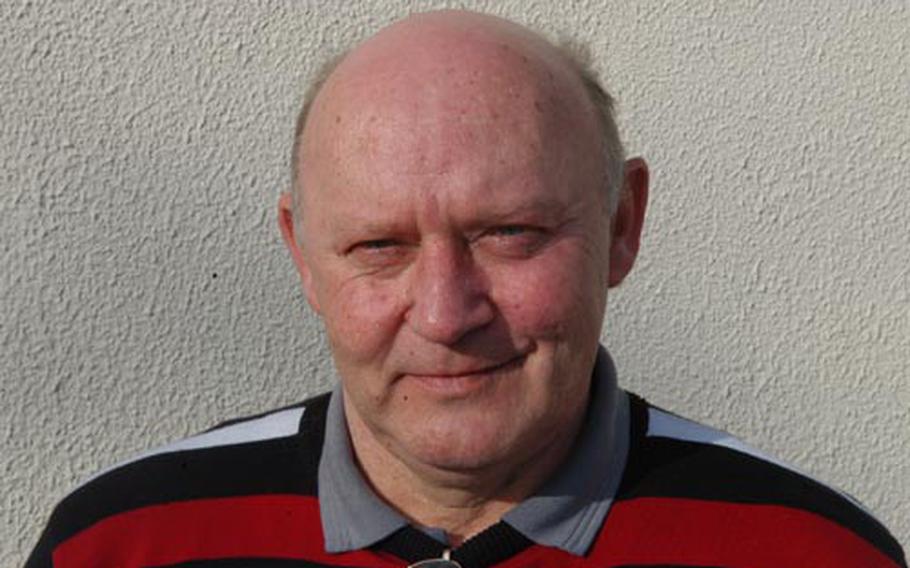 As if driving in England isn&#8217;t tricky enough for newcomers, the past months have seen all types of snow, rain, ice, snowy ice and other road hazards.

Bill King is the 48th Fighter Wing&#8217;s safety specialist. He gives new arrivals the straight skinny on staying safe on the roads, from the narrow country byways to the less-narrow motorways. Stars and Stripes sat down with King to get his take on driving in the U.K. and how to avoid driving into a ditch.

According to data from the wing&#8217;s safety office, vehicle mishaps among airmen 26 years old and younger have fallen by 60 percent since the implementation in 2006 of the AcciDon&#8217;t Hands-on Driver&#8217;s Training course.

How would you describe U.S. drivers in the U.K.?

I put them in two categories. The older ones, the tech. sergeants and above, they&#8217;re pretty good. It&#8217;s the under-26s that are exposed out there. That&#8217;s where the training is more targeted to, because that&#8217;s where we get our fatalities and our mishaps.

What are the common mistakes you see the under-26s making, and is it usually when they&#8217;re brand new to the area?

Actually our stats are very good for the first couple of months because they&#8217;re concentrating on the road. It&#8217;s when they get comfortable they start going into ditches. The main thing we brief them is always drive to the condition of the road, not the speed limit. Americans are very good at driving on snow. Our main hazard is mud on corners. This is a country area, and if you hit mud on a corner you&#8217;re going into a ditch. And if you take that corner at a higher speed, you&#8217;ll go into that ditch. So we try to tell them to keep their speed down at all times.

We&#8217;ve had a nasty winter around here. In terms of winter driving, is there anything you reinforce?

Obviously when they first come in, I tell them to do risk assessment and to pack their car, what we call a boot. Make sure they have the right stuff in there, old blankets. I do recommend they wear reflective vests, to have it in their boot for when they break down. Because there&#8217;s nothing worse than changing a flat tire in the dark night and you can&#8217;t see anybody. If they break down on the motorway, the police tell them to get out of the car and stand on the embankment and to put your reflective vests on.

How the heck did the U.K. run out of "grit" for the roads this winter?

The trouble is, in this country, it rains. And it snows and it rains. So the grit they put on the day before is gone because the rain has washed it away. If you&#8217;ve got months on end doing that, the grit&#8217;s going to disappear. If it had stayed cold all the time, that&#8217;d be no problem.

Was this a pretty bad winter?