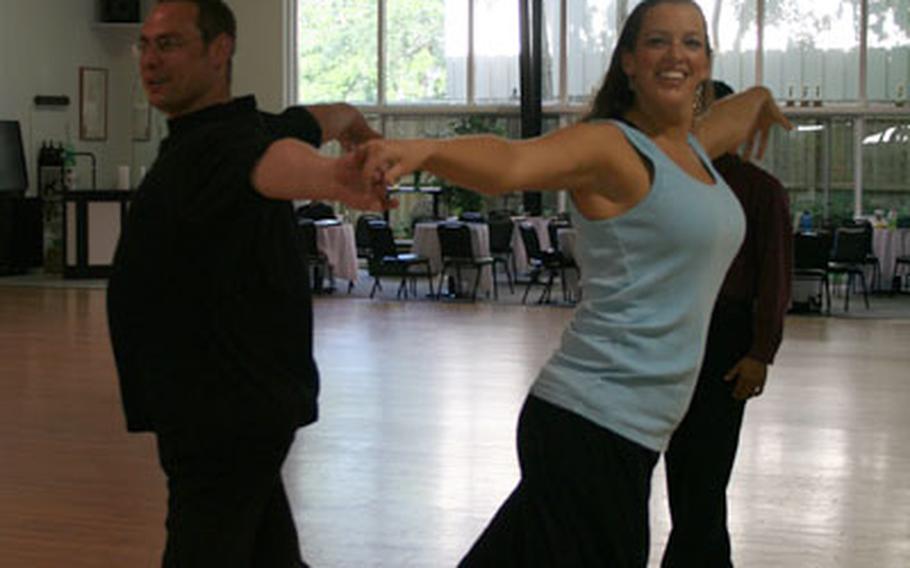 Staff Sgt. Roann Leatz is a 30-year-old California native who serves as a loadmaster with the 7th Special Operations Squadron at RAF Mildenhall. Leatz recently chatted about the ballroom-dancing class she has started teaching.

How did you get into ballroom dancing? When I went off to my first deployment from Florida, I had gotten a flier in the mail just before I left. When I got back, the flier was still there. I had gained some weight on the deployment and wanted to see if it could be a good fitness alternative. After one class, I got hooked.

You teach quite a bit in your class on base. How do you squeeze it all in? I do two to three different dances per two-hour block. And then we do salsa and swing dancing every other week.

How has the response been? It&#8217;s been amazing. After my first set of classes this summer, I had people stopping me on base, asking when we are going to do it again. So I started up classes again this fall.

How many people come out per class? About eight to 12 people per class, depending on the week.

Why are people attracted to dancing? It&#8217;s not a discriminating form of fitness. It does not matter if you&#8217;re old or young, you can still come in and learn some dance steps.

So did you succeed in losing that weight? I did. Forty pounds. But I have gained a bit of it back living over here.