Getting Personal: He's an icon of support 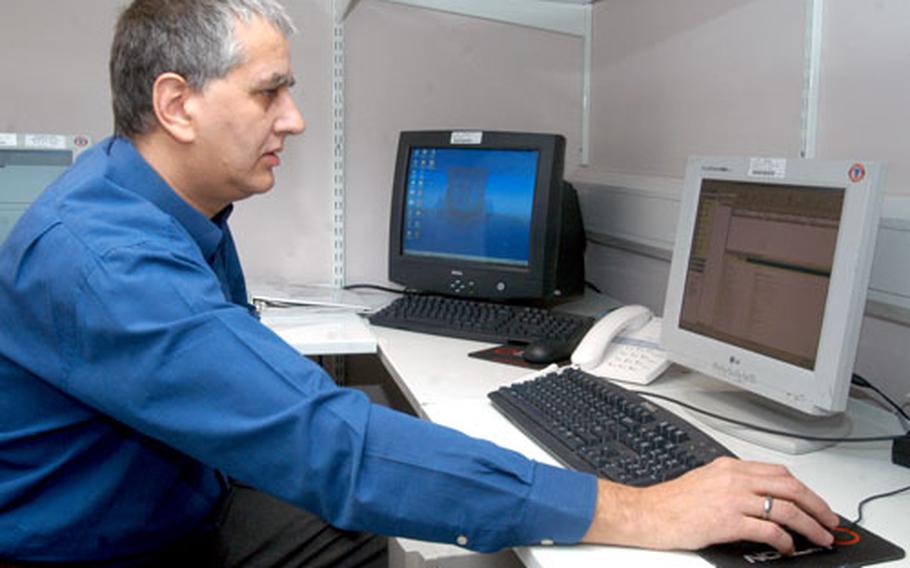 When it comes to computers, Phil Hammond, 52, is the man to whom the 48th Contracting Squadron goes. Hammond, a resident of Thetford, showed up other contractors last month to snatch up the 2005 U.S. Air Forces in Europe Outstanding Contracting Support award. He has been working information technology for the squadron at RAF Lakenheath for about five years.

What do you do as a contractor for the U.S. Air Force?

My role is to look out for the computer systems that are used within [the 48th Contracting Squadron]. That covers desktop computers and the three servers that make up our contracting system, which is used to maintain all the records for contracts on bases in the United Kingdom.

The contracting squadron not only covers Lakenheath, it covers Mildenhall, Feltwell and other satellite stations in the UK.

How do you feel about information technology?

It&#8217;s an interesting job, and I fairly enjoy it. I&#8217;ve been working with computers for 34 years. I have seen lots of changes, if you could imagine.

Did they even have computers 34 years ago?

Oh yeah, back in 1972. I used to work for the British [Royal Air Force] on a state-of-the-art computer system. We were the first in the RAF to take on a mainframe computer, and it was huge.

People who work with computers are affectionately called geeks from time to time. Do you think that puts a damper on the computer working class, especially when it comes to picking up the ladies?

Possibly, but I have no problems.

How did you feel about winning the outstanding contracting support award?

Did you buy a round of pints at the local pub when you found out you won the award?

Actually, I didn&#8217;t. I was sort of stunned by it all, and when I got home I rang my family and told them.

How long have you been outstanding? Has it been a lifelong thing, or did this just happen recently?

I&#8217;ve won numerous awards within the squadron, but I suppose this major award is a culmination [of them].

Are you striving to beat all the other contractors again for this year&#8217;s award?