Getting Personal: Engineered for success 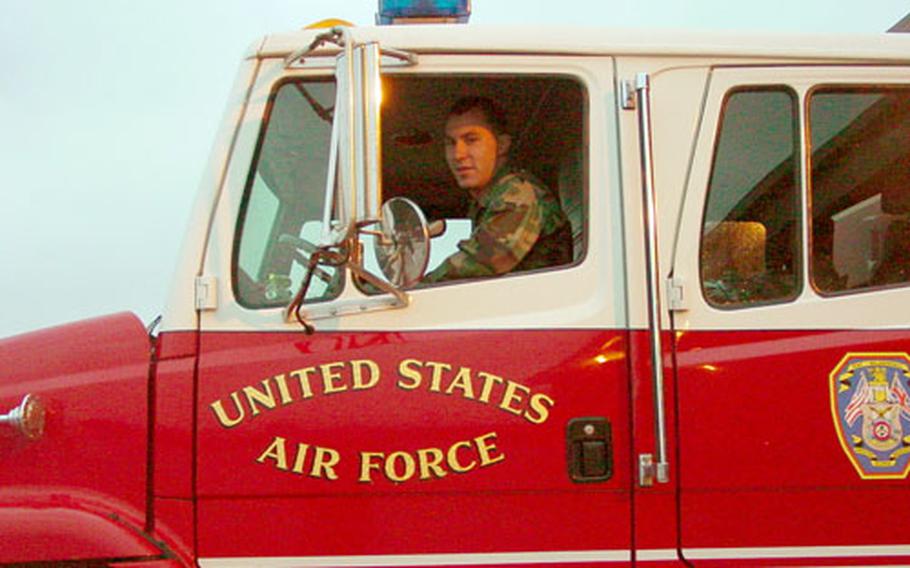 Airman 1st Class Paul Bradford, a firefighter for the 100th Civil Engineer Squadron, sits at the driver’s seat of a fire engine. (Courtesy of Paul Bradford)

From mortar attacks to fires and vehicle accidents, Airman 1st Class Paul Bradford has seen it all. Recently, the firefighter for the 100th Civil Engineer Squadron was named Team Mildenhall&#8217;s airman of the year for his heroics and service.

Last year, while deployed to Balad, Iraq, he responded to 20 structural fires and 80 aircraft and medical emergencies, which included administering first aid under enemy attacks. The 24-year-old from Tunbridge, Vt., also played roles in extinguishing a fire inside an ammunition storage facility and protecting a $15 million F-16 jet from a shelter fire.

And if that&#8217;s not enough, he regularly responds to emergencies in and around RAF Mildenhall.

Have there been any close calls during your firefighting career?

One time, enemies were mortaring us during medical calls. Hearing mortars hit while trying to load someone in an ambulance made me work a lot faster.

Another was when an armory caught on fire. That was a little weird, walking into a fire and hearing what sounded like popcorn, [when it was actually] M-16 rounds popping off. We then backed out and used one of our big trucks to put it out.

What goes through your mind when you&#8217;re running into a burning building?

Why did you want to become a firefighter for the Air Force?

What kind of shifts do you have here?

It&#8217;s very slow. All of our buildings have good fire prevention systems and airplanes rarely go down. We just [conduct] training, keep up the new fire station and clean trucks.

What are the biggest things you see here?

False alarms are definitely the biggest. The only things we really do our job on are medical calls. We do get a car accident just off base every once in awhile.

Not a big William Baldwin fan?

It&#8217;s not that. They go in [burning] buildings without masks and air tanks.

Was it a childhood dream to become a firefighter?

My dad and brother were firefighters. It&#8217;s not something they pushed me to get into, but I took an interest in it. When I went to college for it, I saw what the life was like, and that&#8217;s when I got hooked.

Was it is also a dream to become Team Mildenhall&#8217;s airman of the year?