Getting Personal: Directing his own show, airman steps into spotlight 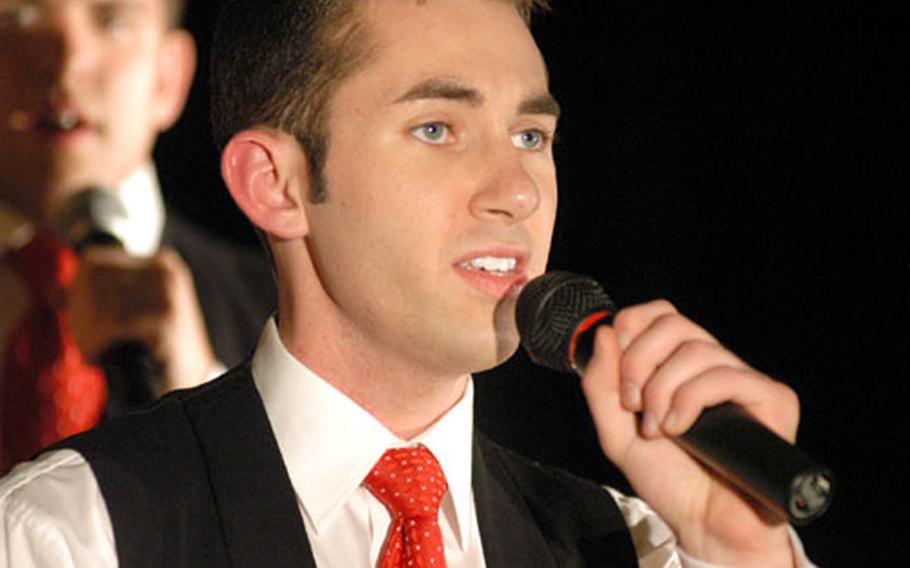 Airman 1st Class Russell Bratcher sings with members of the Mildenhall Theater Company in a rehearsal for the upcoming "One: The Show." (Ben Murray / S&S)

As a singer and performer, Airman 1st Class Russell Bratcher from the 100th Maintenance Squadron at RAF Mildenhall is a man with serious range &#8212; not even Barbra Streisand has played next to Scooby Doo as the sidekick Shaggy. Zoinks!

Singing everything from country to pop to gospel, the 22-year-old airman from Georgetown, S.C., also has worked as a performer for the musical revue &#8220;High Steppin&#8217; Country,&#8221; at Myrtle Beach, S.C., and this spring made the first cut in a tryout to sing with the Air Force&#8217;s Tops in Blue. Now the leader of the Mildenhall Theater Company, Bratcher is directing a musical revue of his own with 13 performers called &#8220;One: The Show&#8221; which will run Nov. 3-5 at the Bob Hope Community Center. Tickets are $7 and doors open at 6:30 p.m.

Sum up this play for me using the same amount of words in the title.

That was three. Are there three words in the title?

What are you going to be singing?

No. This is [the] original composers&#8217; versions. It was originally written by Roy Orbison.

Do you think she sold out when she went to Vegas?