Getting Personal: Community center director has plans to keep airmen from getting bored 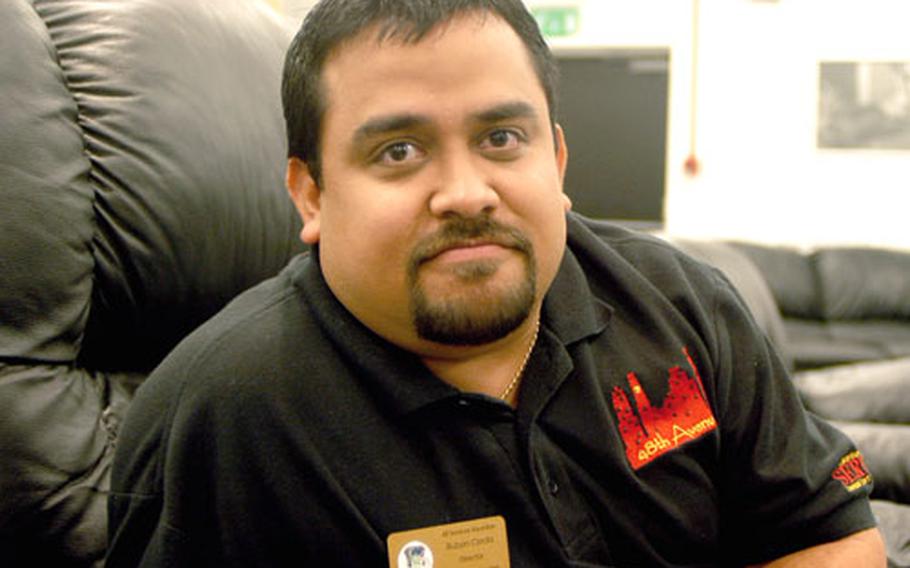 Ruben Cerda is director of the 48th Avenue community center at RAF Lakenheath. The 31-year-old San Antonio native recently sat down with Stars and Stripes to chat about his role keeping troops, families and retirees entertained and, in the winter, optimistic.

What do you do here at the home of the 48th Fighter Wing?

What occupies most of your time here?

I mainly focus on the young military members. Stuff like free pool, Xbox and video games. You know, stuff a 20-year-old likes to do in their free time.

How did you end up in England?

My wife works as a staff sergeant for the communications squadron at RAF Mildenhall. We first came to England in 1997 and I worked at the Bob Hope Center at Mildenhall. I worked my way up from there into a GS position.

What part of your job do you enjoy the most?

What programs do you run that people are unaware of?

We have princess parties for little girls that people really enjoy. Mainly, just that this place is available with free pool and Internet is important.

What&#8217;s your most successful program?

By far it was the Battle of the Bands. We had 1,500 people in here and got the Corona bus out. It was a real good time. The Great American Campout at Feltwell was also a huge success.

What&#8217;s coming up that folks should know about?

We&#8217;re holding a Lakenheath&#8217;s Top Model and have sponsorship from a London model agency that will represent the winner for a year. It should draw a good crowd. And we have Project Cheer coming up soon.

What is Project Cheer?

Just a program we run through the dark winter months to keep people&#8217;s spirits up. It can get depressing for people over here without families. The whole idea is for us to become that family.