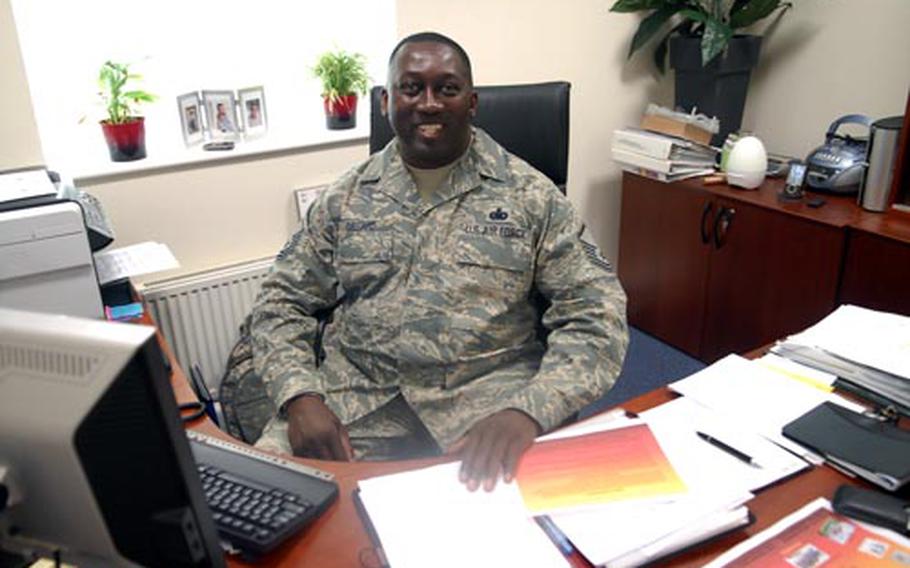 A time of celebration and reflection, Juneteenth commemorates the end of slavery in the United States. The event originated in Texas in 1865 &#8212; two years after the Emancipation Proclamation &#8212; when Union soldiers brought news that the Civil War had ended and the enslaved were free. The African American Heritage Association of England is hosting the area&#8217;s first Juneteenth celebration at RAF Lakenheath on Saturday. Master Sgt. Mark Gilliard, superintendent of the Airman and Family Readiness Center at Lakenheath, has been instrumental in planning the event.

Where does Juneteenth get its name?

Back in 1863, with the Emancipation Proclamation, the slaves were freed. But the slaves in certain areas of Texas did not get the word. So on June 19th of 1865, Union soldiers went in to Galveston &#8230; and informed blacks there for the first time that they were free. So they started celebrating from then on on June 19th, so they just shortened the title.

How is Juneteenth celebrated?

This event is going to be a fun-filled day for the entire community. We&#8217;re going to have games, ethnic foods, barbecue and entertainment, from poets, to singers, to dancers, to musicians. &#8230; We&#8217;re going to have fun, but we want to educate folks also. &#8230; Everyone is familiar with slavery, but we want to help people understand the impact of it. It was a struggle for 450 years and then &#8230; it was finally over. &#8230; I don&#8217;t think we can duplicate the emotions that were going through (newly freed slaves&#8217;) minds and their hearts, but we can educate people about what was going on at that time. &#8230;

Because of the demographics we have on the military bases, we have included all races and ethnic groups in the celebration. We want to make sure everyone appreciates what&#8217;s going on, from the food and entertainment, to the history.

Are there any particular customs or traditions associated with Juneteenth?

&#8230; I&#8217;ve participated in other Juneteenths and one of the things I noticed was constant is two poems &#8230; "Keep in Your Heart the Blood" and "We Rose," and traditionally you include different generations for reciting the poems. &#8230;

Why should people come out to Juneteenth?

One of the biggest efforts in the military is trying to recognize the contributions all our ethnicities have made. &#8230; It&#8217;s important for all of us to come out and celebrate together. We can read about something, but it doesn&#8217;t have as much impact as when you share it and talk about it. &#8230; Hopefully, folks will walk away and can take something back to share with their families and friends. And then the history just continues to evolve.

For more information about the Juneteenth celebration at RAF Lakenheath or the African American Heritage Association of England, contact Mark Gilliard at mark.gilliard@lakenheath.af.mil.