Getting Personal: BX manager knows which ghosts and goblins are flying off the shelves 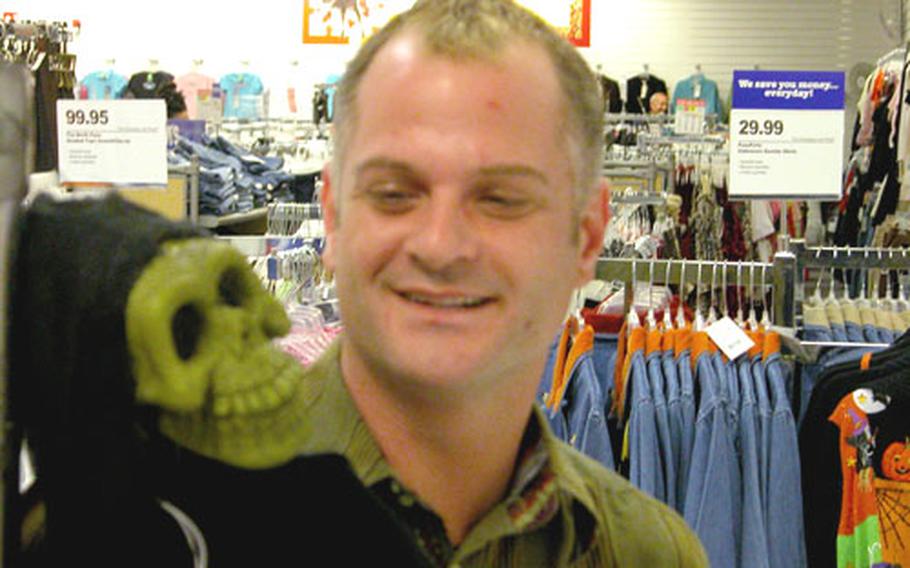 Robert Rice is the manager of the base exchange at RAF Lakenheath.

Nice assortment of costumes and the like. How long has this stuff been up?

We usually put it up about six weeks before [the holiday]. I think it&#8217;s a pretty good time. Christmas is already out. We used to wait until the day after Halloween [to put out Christmas things].

So you&#8217;ve been shilling costumes and candy for the past month or so. What are you going to be doing on Halloween?

Actually, anything from &#8220;Pirates of the Carribean,&#8221; and princess always does good with girls.

What is your all-time favorite costume you&#8217;ve worn?

I dressed up one year as a baby. I had a huge pacifier and a big bib and a cloth for a diaper. And I had a Linus blanky.

In your mind, what are the spookiest costumes you have for sale here? I like the word spooky.

I&#8217;m a taller, already-scary gentleman. What costume would you recommend for me?

The grim reaper. For a tall guy, you can cover your head and really scare them.