Getting Personal: Building a volunteer force at Mildenhall 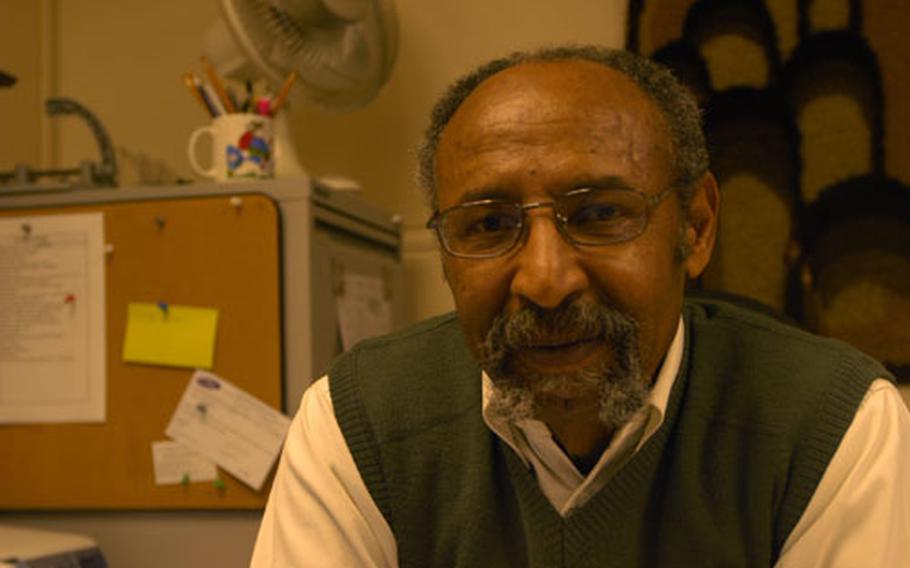 Mabrouk Gueblaoui is a 64-year-old Africa native who serves as the Red Cross station manager on RAF Mildenhall. Gueblaoui, who speaks four languages, talked about the Red Cross and its mission here in England.

How long have you been with the Red Cross?Three years.

And where were you before this? Giessen, Germany.

What is your favorite part of living in England? Working for the Red Cross. I love my work, but I still find myself speaking German now and then.

And your least favorite part? The driving.

What attracted you to the Red Cross? The idea that I believe in the volunteer concept and we really believe in serving people.

And what do you do on this base? A lot of emergency communications, keeping families in contact and making sure all the news is communicated. We also teach people how to save lives with First Aid and CPR classes.

How large is your staff? Paid, two. Volunteer, many. We have a lot of volunteers in management positions and in advisory roles.

Fled? They tried to put me in prison for being too open- minded.

But now Tunisia is a hot tourist spot, right? It&#8217;s always been a tourist destination. What you see as a tourist and what you see when you live there are two different things.

Have you been back since? No. My mother died a few years back, and I wanted to go, but my name was still on the list at the airport. After all these years.

So what&#8217;s your goal for the Red Cross here on Mildenhall in 2008? My goal is to get 80 volunteers placed between now and the end of the year, whether it is as instructors, helping in the post office, family center, youth programs, Boy or Girl Scouts or in basic first aid.