Getting Personal: Brainchild of the teacher 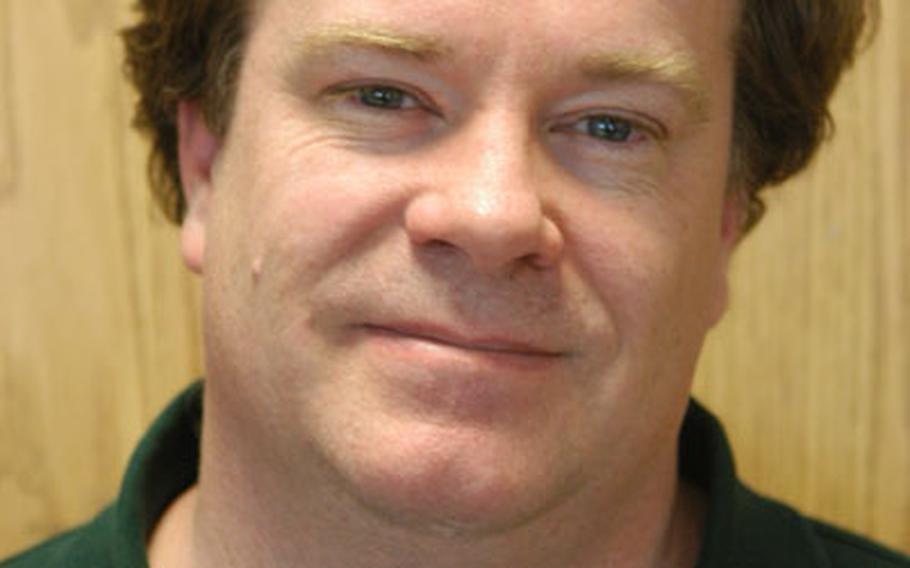 The Stradivari putter, invented by Lakenheath Elementary School teacher Tim Winey, is seen below. The putter is named after the famous violin maker Antonio Stradivari. (Courtesy of Tim Winey)

Invention and innovation require fortitude and the ability to block out those who would warn &#8220;don&#8217;t quit your day job.&#8221;

Tim Winey, a Lakenheath Elementary School teacher, has found that necessary balance. He&#8217;s the inventor of Torpedo Golf, a putter modification that&#8217;s changing the mechanics and the mentality of getting that ball in the cup.

The innovation involves alterations mid-shaft to the putter, making players feel as though they&#8217;re putting from a shorter and more manageable distance.

This week, his Web site, Torpedogolf.com, goes online selling the clubs. For now, Winey has no plans to give up his day job.

So how did you come up with this new way to putt?My son was 8 years old at the time and was having trouble putting. Like most kids, he was putting very &#8220;wristy.&#8221; He had an older putter that was heavy. I said &#8220;You have to keep your wrist steady, putt more from your shoulders.&#8221; Then I thought, what can I do to not decrease the weight of the putter per se, but just make it feel lighter?

I added some weight about two-thirds up the shaft. And he instantly became as good as a pro player. He made everything. Here&#8217;s a kid that putts like any other kid and is suddenly making putts that don&#8217;t make any sense at all, that defy all logic.

The analogy I tell people is you are putting conventionally, then imagine if I put a billiard table in front of you about knee-high. You now have a putter that&#8217;s a foot-and-a-half shorter. How much easier is that to control?

That&#8217;s dramatically oversimplifying it, but that&#8217;s as much as a golfer needs to know.

Is all this patented?I have half a dozen patents floating around this.

Are you hoping to go big time with this thing?We&#8217;re launching &#8230; online initially. But I have some top teachers and some top academies that are interested in promoting it. I don&#8217;t want to just sell it, because it&#8217;s as much a method as it is an apparatus. Everybody putts better with it, but there&#8217;s an idea with it and it requires a re-think.

I have two top-100 PGA teachers who have expressed interest in promoting it. I have coaches in college, some really sharp people that want to promote it as a concept, a philosophy of putting, if you will, not just to sell clubs.

Any difficulties in balancing teaching and the sweat-drenched fever of invention?You mean like sleep? That&#8217;s monumental. No matter how simple the product, there&#8217;s always millions of details. Just the intellectual property side alone is a nightmare. Fortunately, I have patents that are issued.

Would you rather be golfing or teaching all day?I&#8217;d rather be teaching, to be honest. Golfing all day every day would wear me out. I used to be quite good. I&#8217;ve played near scratch, but I just don&#8217;t have the time. Plus, I run out of daylight hours here in England.

Which pro golfer could make the easiest transition to being a teacher?That&#8217;s a good question. The smartest golfer I know of, the most perceptive, the most analytical, is probably Johnny Miller.