Getting Personal: 'Bourne' to be a star? 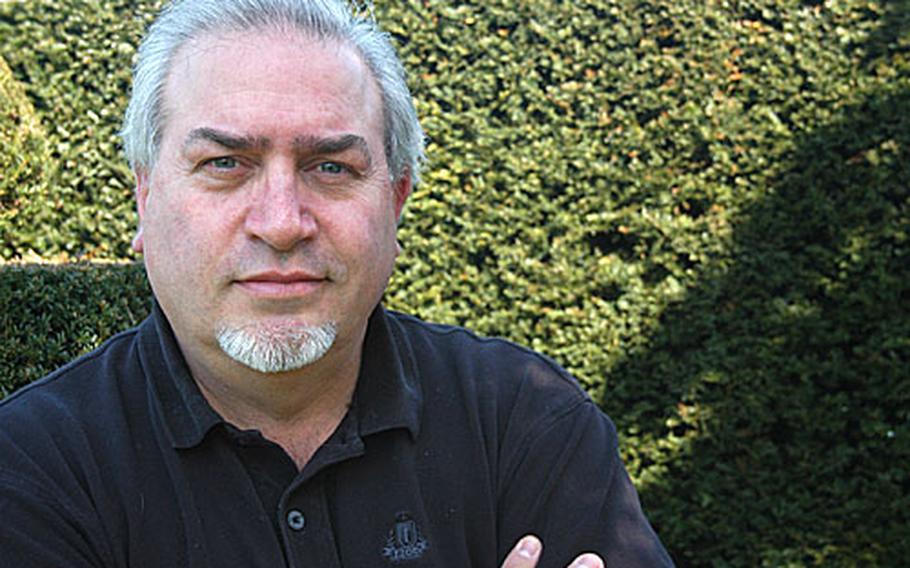 Retired Air Force Lt. Col. Russ Huard&#8217;s work life has been about as varied as they get.

He was an aircraft crew chief, flew as a radar navigator in B-52 bombers and worked in air weapons control while fighting the drug war of the 1990s. He worked public relations for a major TV station and once talked his way into a job fixing machines in a shoe factory.

Along the way, however, he also has chased his passion &#8212; acting &#8212; and starred in everything, including TV commercials, plays and independent films.

Huard, 50, had been working with Riverstudios in West Acre and had planned to take a break from acting last year until he heard about a casting call for &#8220;The Bourne Ultimatum,&#8221; the third in the espionage series starring Matt Damon. Cast with about 20 other airmen and civilians from the Lakenheath/Mildenhall area, Huard became one of eight &#8220;featured extras&#8221; playing agents in a CIA office searching for the rogue assassin.

For more than two weeks, he and the others improvised lines while the camera ran, a job he said active-duty members did as well as any seasoned actor.

Who do you play?

How many lines did you have?

I don&#8217;t have any specific scripted lines. Basically, what we do is we make up background filler lines. Some people do have scripted lines because we need to throw a line towards the bosses and things like that, but as far as most of our lines, we just make it up and say what we think sounds realistic.

Is it weird being in front of the camera?

Not at all. Didn&#8217;t even know it was there, except for when it hit me in the head a couple of times.

Are you in closeups?

Well, they get behind you to do a closeup one way, in front for another, and then beside you, so the camera is everywhere. Sometimes you have to sit at weird angles so the camera can get a certain shot. It all became surrealistic as far as feeling like, we were really doing our jobs. All the extras did a really outstanding job.

Did you get into the part that much?

Are you going to make it into the movie?

I saw our group in the trailer; it&#8217;s our whole group, so that&#8217;s pretty cool. We saw some of the pre-edits. If I get 30 seconds on the camera, that&#8217;ll be fine. I think the experience itself was the best thing and I made some really good friends out of it.

Were you ever intimidated; were you working near big-name actors?

Oh yeah, we were there with David Strathairn pretty much the whole time and several others, and it was very relaxed. Nice folks. It was just more like we&#8217;d all been friends working together for years and just kind of hung out together.

Oh, jeez, I would say it was probably about 75 percent waiting and about 25 percent acting.

And you got to meet the stars of the show?

I think for a lot of people what was really nice is that we got invited to the wrap party down in London and Matt Damon showed up and took pictures with folks, and it was very cordial, very nice.