Getting Personal: Best of the best of USAFE's NCOs 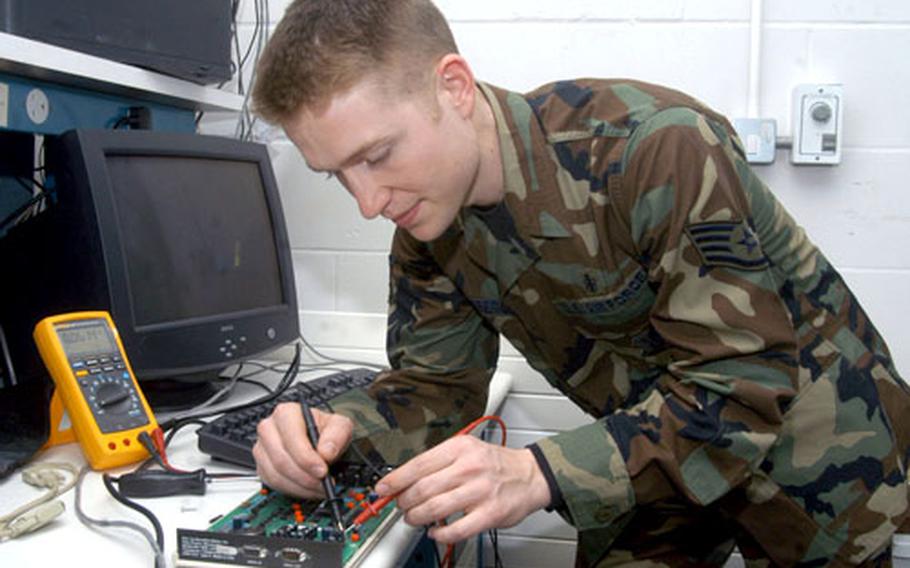 Staff Sgt. Joseph Berberich is a model noncommissioned officer. At least, that&#8217;s according to U.S. Air Forces in Europe, which recently named the bio-medical technician its NCO of the Year.

The 25-year-old from Philadelphia heads a team of airmen from the 48th Medical Support Squadron. The team does scheduled maintenance on medical equipment used at U.S. base clinics throughout England.

Berberich claims to have worked on everything in the bio-medical field, saying if equipment isn&#8217;t serviced by its required inspection dates, it can&#8217;t be used on patients. Last year, he did his thing while deployed to Bagram Air Base in Afghanistan.

Why do you think you earned this top honor?

I&#8217;m really lucky, I guess. I have excellent supervisors and leadership [plus] I work with some of the best bio-medical technicians.

I&#8217;m going for a bachelor&#8217;s degree in computer science. I try to do the best at my job and volunteer with the Air Force Sergeants Association. Maybe that was why.

There were eight other NCOs in my category and they were all sharp. At that level, they&#8217;re already winners so when I heard my name, I couldn&#8217;t believe it.

What sort of things were you graded on?

It was a package-only board [nominees were judged only on what they submitted]. All of the nominees went to Germany for a week and were wined and dined, got to see an exclusive showing of the new Bruce Willis movie and went on a cruise.

What kind of competition is this?

We just got to converse and hang out. The USAFE put on an awesome show and it was really fun. Of course, the banquet itself was top-notch. They really treated us like we were kings.

So you&#8217;re telling me that there weren&#8217;t any competitions like who can sing the Air Force song the fastest or who can punish a troublesome junior enlisted airmen the best?

No, no, no. I probably would have lost if they had something like that. [laughing]

Was there any tension with the other nominees when you won?

We weren&#8217;t beating each other up or anything. No wrestling matches. Actually, they all wanted to keep in touch.

Do you get a trophy or something?

Any plans for the $500 gift certificate?

Are you looking to repeat in next year&#8217;s competition?