Getting Personal: Airman's got the touch to make the planes look good 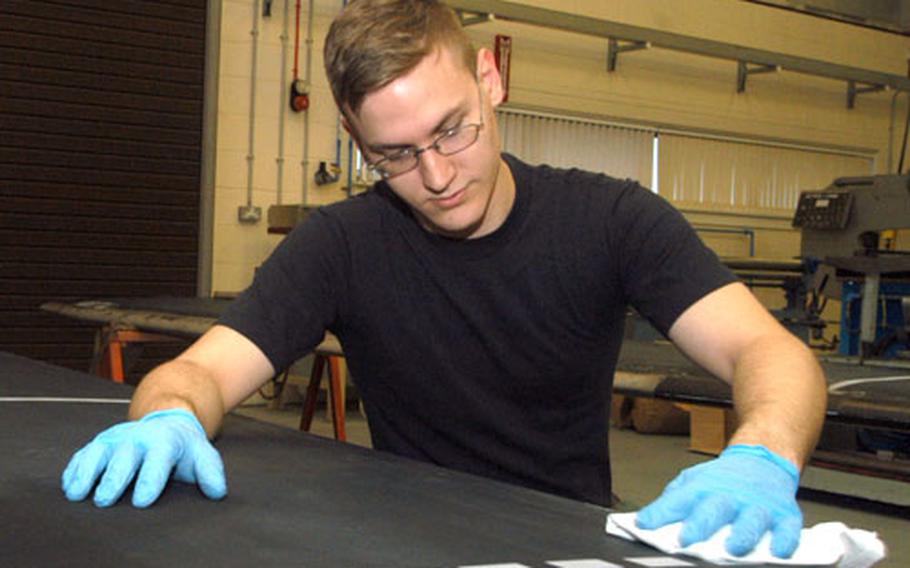 How do you pronounce your first name?

Can you explain what the Air Force pays you to do?

Fix their planes, all the different components. We [even] fix bird strikes.

The worst I&#8217;ve seen was on a C-130 fuel pod. It had a pretty big dent. Usually, they clean them off before they get to us, but this one still had a bird hanging [off] it. That was kind of interesting to look at.

Do you know what kind of bird it was?

What&#8217;s your favorite thing about your job?

Seeing all the different aircraft.

Probably cleaning up a huge mess. I have to deal with hazardous waste.

Why were you promoted six months early?

I like to come to work and work hard. Instead of sitting around, I like to get the job done.

Do you have a nickname at work?